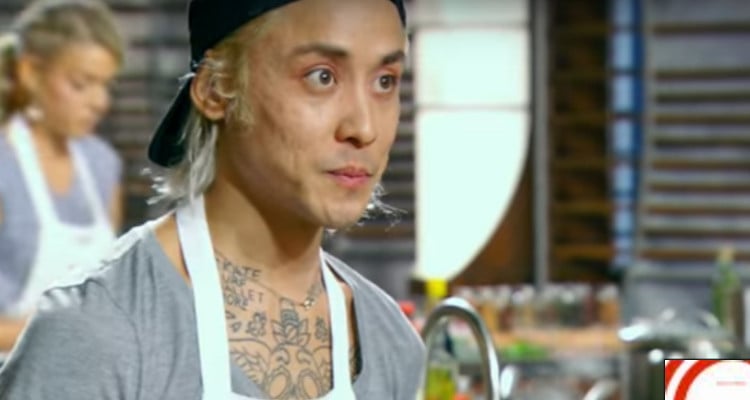 The competition was very tough —especially in the finals— but Dino Luciano managed to emerge as the winner of MasterChef 2017. His family, especially his Italian grandmother, taught him to cook, and he credits them for his win. Innovation and boldness are the words used to describe Luciano’s approach to cooking, and it carried him through this season.

The results of MasterChef season 8 are out! Who won MasterChef 2017?  The two-hour MasterChef 2017 finale was a nail-biter, with each of the three contestants putting their best dishes forward. The MasterChef 2017 winner is 28-year-old Dino Luciano from Bensonhurst, New York, who got to take away home the $250,000 grand prize! Luciano will also be one of the chefs featured on the MasterChef Cruise, which will set sail later this year. He was beside himself with happiness and said, “It’s when I stepped out of my comfort zone that things started to flourish. Best thing I’ve learned this year, don’t let your fear of what could happen make nothing happen.”

Luciano proved he had what it took to win right from the beginning. He caught the eye of chef Gordon Ramsay who later said, “Dino was the dark horse in this competition, but his passion, artistic sense, and unconventional eye propelled him to the finish line.” With each week more grueling than the last, the finale was on a whole other level. The final three contestants each had to prepare an appetizer, entrée, and dessert. As they worked to put out the best dishes of their culinary careers, only one was going to be crowned the MasterChef season 8 winner.

Luciano used his imagination and skill to prepare his three-course meal. He made an appetizer of squid ink angel hair pasta with calamari, clams, and cherry tomatoes; a rack of lamb entrée on a lamb belly-sunchoke caponata, with a fig and cipollini balsamic glaze; and for dessert, a roasted pistachio tiramisu cake with orange mascarpone cream, espresso caviar, and pistachio tuile. His ingenuity paid off as chefs Gordon Ramsay, Aaron Sanchez, and Christina Tosi announced that Dino Luciano was the MasterChef winner. Though the other two finalists were tough competition, it was Luciano’s innovative flavors, unusual yet bold combinations, and his passion for cooking that won him the title.

I love feeding people more than anything. Period.

Luciano learned to cook from his family, particularly his grandmother, when he was 10 years old. He revealed that while other boys his age would play stickball, he would spend time in the family kitchen preparing dishes under the loving but watchful eye of his Italian grandmother, who inspired his passion for food. Luciano has many dreams, among them is to have his own cooking show, which he started developing before appearing on the show. The concept is to “show recipes, a mix between a cooking show and a movie, and make it look like an independent film so that you get character development and show how people are inspired to make food rather than just having them in the kitchen showing you how to make stuff.” With many aspirations and now the MasterChef 2017 winner, Dino Luciano can make his dreams come true!