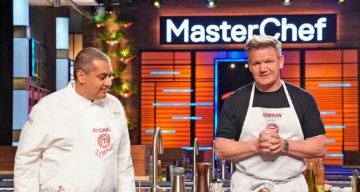 It is about time that you all know what’s cooking in this season of MasterChef. The 2016 MasterChef season is back to give us another champion of the kitchen. That means that we get to see dozens of brilliant new chefs battle it out with their interesting skills for cooking food. Every contestant appearing on a MasterChef season has brought a lot more on the table than just some tasty dishes. It is a dream for those millions of aspiring chef to become a part of the MasterChef cast and work with Gordon Ramsay. With the premiere episode aired last night, let us get to know the MasterChef season 7 contestants, who will face the wrath of judges, Gordon Ramsay and Christina Tosi.

Even though the summer sets off at the end of June, things are starting to get hotter right at the start of the month. It is always great when cooking food enters the contest world. And, MasterChef is the best platform for watching what really happens when one cooks food in less time. Tasting delicious food is the one common passion of many people in the world. It doesn’t matter if you are a foodie or not; you’ll still enjoy savoring delicacies. Although, it is a completely different thing if you want to make that amazing dish by yourself. Watching MasterChef will let you know the chaos that happens when these chef contestants try pulling off the perfect dish.

The FOX Network must be really proud for heading off with another new season of MasterChef. Last night (June 1), there’s hardly anyone who missed MasterChef season 7, episode 1, which aired on FOX at 8:00 p.m. EST. The return of MasterChef has excited hordes of food lovers across the country. It is time to watch the madness in the kitchen for one more time!

As the competition for a MasterChef  white apron has begun in full swing, it is time to meet the new judges and contestants of this season 7. Judging the dishes is probably the most intriguing part of all the MasterChef episodes, but you just can’t miss out the energy brought in by those select few MasterChef contestants. Contestants have always majorly contributed in the overall success of any MasterChef season. Before we see who the judges are going to be, let us meet the MasterChef season 7 contestants and learn a bit more about them.

Taking up those grueling challenges is not a job for the lighthearted. Working under a time constraint is what makes every MasterChef contestant stronger than most chefs. The pressure never drops, but still these chefs manage to bring forth an amazing dish. There have been loads of times when the judges were dumbfounded with some of the contestants on how they make their food incredibly tasty.  So, take a look at the MasterChef contestants for season 7 and start rooting for your favorite ones starting from the next week’s episode.

Joining him in judging these Top 40 home cooks is celebrity chef Christina Tosi. Tosi is a chef, a television personality and the owner of Momofuku Milk Bar. The successful founder of the Momofuku group, Christina Tosi will join Ramsay in deciding who becomes the next Master Chef. Helping them out as the guest MasterChef judges will be celebrity chefs Aaron Sanchez, Edward Lee, Kevin Sbraga, Richard Blais, as well as Wolfgang Puck, the world-renowned chef and a successful restaurateur.