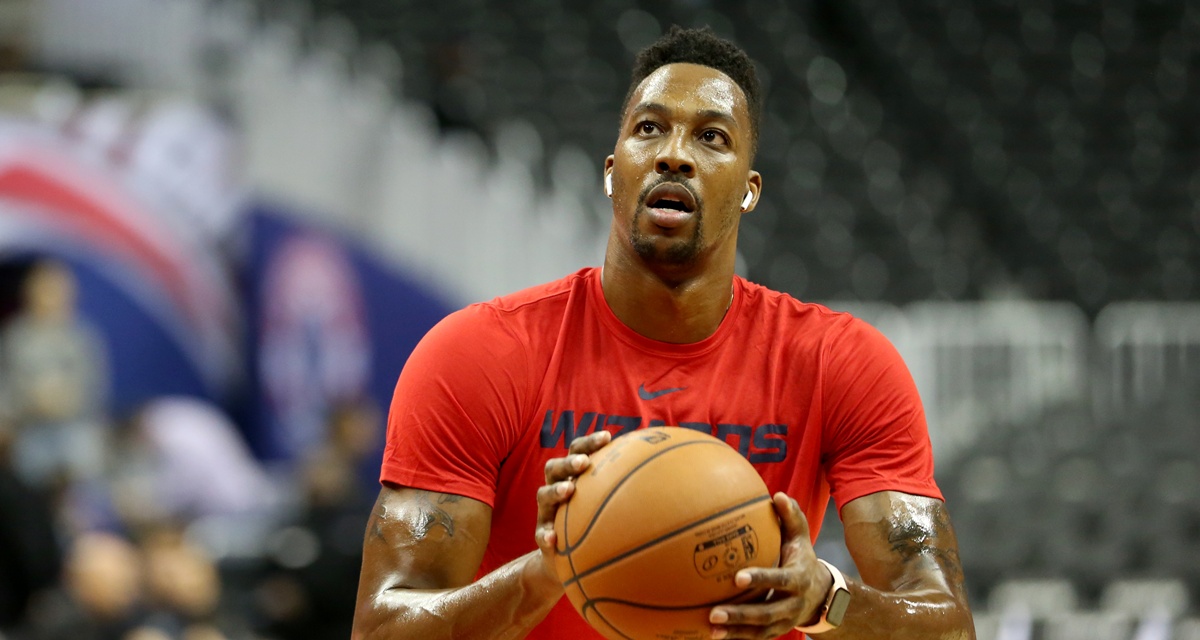 Dwight Howard of the Washington Wizards warm up prior to a preseason NBA game against the Miami Heat at Capital One Arena on October 5, 2018 in Washington, DC. (Photo by Will Newton/Getty Images)

For Dwight Howard fans, 23-year-old Masin Elije has become an enemy. On the flip side, there are a lot of sexual abuse victims who are in total support of the social media influencer. He claims that Dwight Howard is his ex-boyfriend, and also claims to have been abused and threatened. Just who is Masin Elije? And is he telling the truth by outing the NBA player?

There is a lot of drama surrounding Dwight Howard, who is trying desperately to salvage his image on social media right now. But his accuser alleges that Howard’s pastor, Calvin Simmons, is doing all the threatening while Howard watches and does nothing about it. Here are some facts about Masin Elije you need to know to understand the whole situation better!

Masin Elije’s Coming Out Was Very Difficult for Him

Elije said that he always knew he was different, and that he was a “soft” and “timid” child who preferred to be around girls and women, if not alone. He said he often did “a lot of girly things” but specified that he did not want to become a girl; he simply was not inclined towards things that boys generally are.

This identity crisis put him through some hardships during his school years, and Elije said that he once had to change schools because of the bullying.

He lived with his mother in an apartment in Queens, and he recalled a day when he joined his mother dancing to Mary J. Blige, while wearing a make-shift skirt and long mane that he’d put together with some sheets and clothes.

His mother was not accepting of this behavior, and he said he was later beaten by her for trying to embrace his identity through clothing.

He also expressed that his uncle and his brother also never supported him being gay, and that they would nag his mother for making him that way. All said and done, he said that he eventually grew comfortable with who he was and fought his way throughout.

Elije Has Had a Warrant Issued against Him

While he spoke about his coming out story, Elije told his audience that as a 15-year-old, he began crushing on a male friend, Khalil, and the feeling was mutual. But his partner’s father was homophobic and didn’t want his son involved in a same-sex relationship.

Elije and Khalil decided together that he would tell his father about his sexual orientation, which blew up in their faces. Elije received a phone call from Khalil’s father warning him to stop “seducing” his son, and that if he didn’t stop talking to him, they would take him to court.

They decided to part, but things did not seem as easy and they began seeing each other on the down low. Khalil’s father found out about it and beat his son up.

Elije explains that a couple of weeks later, cops came to his doorstep with a warrant for stalking and harassment and asked to take Elije’s mother away as he was underage.

The duo went through a lot, but they knew they loved each other. Some time went by, and Khalil’s father got in touch with his mother and told her that he thought Elije was stalking his son…because Khalil had told him that.

In the same conversation, Khalil’s father also said that his son would often come crying to him saying that he was being harassed and stalked by Elije, and that they had never met in person.

They went to court over the issue, and Elije was determined to clear his name. But Khalil did not make an appearance, which the judge questioned, and Khalil’s father unconvincingly said that his son had a test at school that day. Things went in Elije’s favor, but he says he learned a lesson that day.

I cant even roll in peace, Everybody notice me

Elije Said One of His Lovers Tried to Kill Him

Elije, in a YouTube video, told a story about a lover he was once involved with, but cleverly changed the name of the man who looked like “he can be a basketball player,” to Jacques.

He says he knows Jacques from his high school time, and even had a crush on him.

Jacques was described as a quiet man who kept to himself during high school, but was attracted to Elije like he was to him. But the duo did not date in high school.

Elije said that the two began talking to one another after graduation and their bond became stronger.

He said that they exchanged phone numbers, and he took the relationship a step further by inviting Jacques to his home.

He said he found out that Jacques was a drug dealer, and had brought some samples into his home.

Elije said he forced him to do drugs, but he avoided becoming too intoxicated, and said that he was amazed by the quality of conversation he had with Jacques that day.

They got to doing some stuff with each other, which Elije regretted immediately. So, he told his partner that he wasn’t comfortable doing whatever he wanted him to do, which is when Jacques got wild and rage took over him.

He also claims that he was choked by Jacques, who was very upset with him. “I’m trying to grab him from choking me, and he’s choking the h**l out of me,” Elije explained in the video.

Masin Elije Is an Author and Influencer

Elije has 51K followers on Instagram and over 39K followers on Twitter. Along with being an influencer, he has also authored the book, Industry Hoe. It is available on his official website for $13.00.

It looks like Elije is into hair as well, and sells wigs and extensions on his site and on Instagram.

Masin Elije wrote a detailed Twitter message about his relationship with Washington Wizards’ Dwight Howard. The duo apparently met at a Wild N Out taping, and later they were in constant touch over social media messages.

Elije said that things escalated quickly between them; so much so that they also shared nude pictures with each other.

He alleges that Howard called him on Instagram video chat every night, and things began getting serious.

“He was fine, 6’11, goofy, very charming, NO WIFE and NEVER been married so of course I was interested,” Elije tweeted.

He is now accusing the NBA player of sitting on the sidelines watching Elije get abused by Howard’s pastor Calvin Simmons on his behalf.

Here are some tweets that explain the story:

I was afraid to speak but today my life was threatened after I was sexually harassed, threatened and manipulated, by someone I respected, my ex boyfriend NBA player Dwight Howard, and his camp also “”catfished”” by his disrespectful ass PASTOR pic.twitter.com/n1I1fwDcUw

Fast forward, I’m finally face to face with Dwight! And after that day, from my understanding we had a understanding. So I’ll just upload this screen record here just in case his team decides to lie. (Ain’t no girl gon ask you this) pic.twitter.com/JMfhPbUJL0

I thought my good sis was a prostitute but as my friend took a deeper look into her page, she actually host TRANSGENDER SEX PARTIES that Dwight Howard (allegedly) often attends, so YES, I lost every bit of my mind pic.twitter.com/BFWtfizTCO

Before we start, I just need to say this is really about his team and his crooked PASTOR threatening my life over an unsigned NDA and he has been trying to intimidate ME into taking “hush money” for what they did to me.

Phone conversations of the same have been doing their rounds on social media, and they were verified when Elije himself uploaded the audio files on his Instagram stories.

Whether or not Howard is gay, he has yet to confirm, but according to Elije, Howard even asked him for sexual favors, which Howard denied.

Here are a couple of videos in which Elije accuses Howard’s pastor Simmons of threatening him: