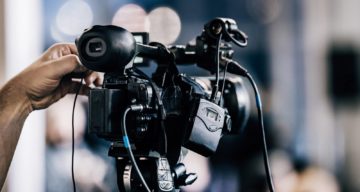 Changes are coming to the lineup at KPIX. San Francisco’s favorite weather anchor, Mary Lee, announced she is leaving her popular time slot. Locals have started their days with weather updates from Mary Lee on KPIX 5 Morning News for a while now. Her announcement comes as a surprise to her regular viewers. They want to know if she is leaving KPIX and where she is going. They also want to know why she is leaving and if she will stay in San Francisco. Fortunately, it’s not a farewell to Mary Lee.

California native Mary Lee has a BA in English from the University of California, Davis, and certification in broadcast and operational meteorology from Mississippi State University. She worked in Texas and Seattle markets before returning to her hometown in 2018.

Lee joined KPIX as a meteorologist and reporter. She did the weather reports for the morning show and again at noon.

However, she’s changing her schedule. Mary Lee announced she is leaving the morning news. She is not leaving the station.

Lee, who recently got engaged to her boyfriend Ajit Ninan, is stepping back from the weekday AM show. No more early shifts and waking up at 2:00 a.m. for this meteorologist in the near future.

Lee will continue doing broadcasts at KPIX. She will focus on more STEM-related stories for the CBS affiliate.

She will also be a fill-in weather anchor whenever necessary. It’s unclear if she will continue her noon broadcast.