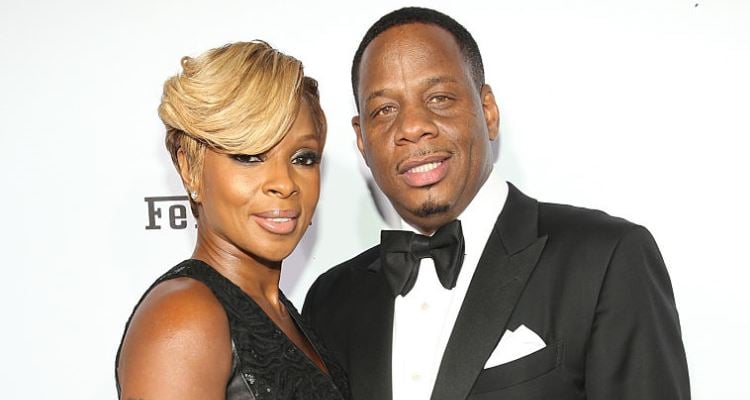 If you thought Mary J. Blige’s divorce would slow her down and leave her dwelling on the past, then you were wrong! If anything, the 46-year-old music legend has been too busy with her work! Not only is she performing at the BET Awards tonight, but she’s also getting her very own star! With all the buzz surrounding her, people are asking about the man who was once Mary J. Blige’s husband. If you want to know more, then here’s our Martin “Kendu” Isaacs wiki.

Who is Kendu Isaacs?

Kendu Isaacs’ age is 49 and he was once Blige’s manager, and was married to the “Thick of It” singer in 2003. Kendu Isaacs kids from a previous relationship are: Briana, Jordan, and Nas—as Blige and Kendu never had kids of their own.

Mary J. Blige filed for divorce in July of last year (after 12 years of marriage) and claimed “irreconcilable differences” as the cause. Blige may not be happy that she lost her husband, but she definitely wasn’t happy when he tried to come for her money! According to People, Blige claimed that her ex-husband spent more than $420,000 during their marriage on “travel charges,” that included his girlfriend, not Blige. She also stated that Issacs drove a Mercedes that she pre-paid the lease on, and that he refused to turn over possession of her “Grammy and other achievement awards.”

Blige went on to tell the magazine that she had been taking care of all the expenses in the house and took responsibility for all of the debt, which was equal to an estimated $10.0 million! Yikes!

It wasn’t enough that Isaacs had an affair and spent money on someone that wasn’t his wife, but it got even worse for Blige when her ex-manager/husband wanted spousal support, as well! Kendu Isaacs’ net worth is unknown, but since he’s asking for spousal support, it’s quite clear that he made far less than his ex-wife. Not to mention that she was taking care of all their bills, and we’re still not sure if he gave back her Grammy. (Who takes a Grammy as a hostage, anyway?) But wait, the drama continues—Isaacs wanted money for his children as part of the arrangement ($110,000 per month), and listed them and his parents as “monthly expenses.” (Probably Mary J. Blige’s biggest WTF moment during the whole debacle.)

“I am not responsible for supporting [Martin’s] parents and his children from another relationship, which he lists as ongoing monthly expenses,” Blige stated in the court documents acquired by People.

Blige asked the judge to block Isaacs’ request for spousal support and she had a prenup in place before they got married in 2003. There’s still no word on whether or not Blige’s bid was granted. In an interview with Robin Roberts on Good Morning America, Blige said “it’s important for any woman going through a divorce to keep control of their finances.” Preach, girl!

While Isaacs may still have Blige’s missing Grammy, the music legend is about to win another award, one her ex-husband can’t steal so easily—or without getting charged! The R&B singer is getting her very own star on the Hollywood Walk of Fame, along with singers Ice-T, Snoop Dogg and Carrie Underwood in the musical category. You get a star, you get a star, everybody gets a star! (We would like to see Isaacs try and steal that!) Blige will also be performing at the BET Awards with A$AP Rocky and many more tonight, on Sunday June 25.