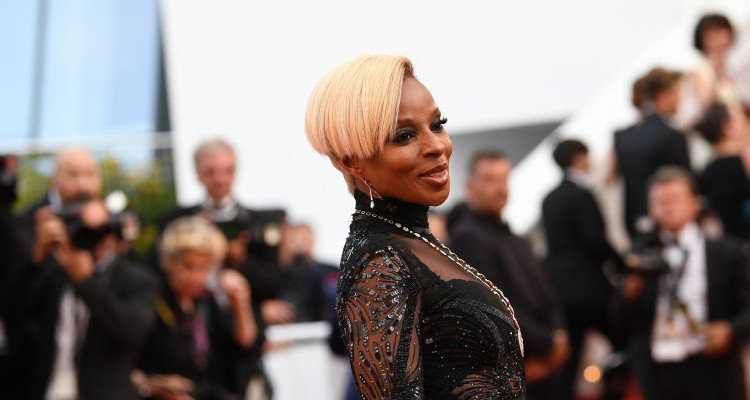 One of the biggest events in entertainment, the BET Awards 2017, took place on June 25 at the Microsoft Theater in LA. Among the star-studded lineup of performers included the Queen of R&B and Soul, Mary J. Blige.

Mary J. Blige was at the BET Awards 2017, and she was as magnificent as always. With a new album that was released this past April, she was a strong contender for Best Female R&B/Pop Artist. Blige may not have won, but she’s still the reigning Queen of R&B and Hip-Hop, and she proved it with her BET Awards performance last night. Watch Mary J. Blige and A$AP Rocky’s performance at the BET Awards, right here.

Her Turn to Take the Stage

The BET Awards celebrated 17 years, and Mary J. Blige has been a staple of the awards night since its inception either as an attendee, performer, nominee, or winner. She has won four BET Awards out of the 14 times she has been nominated. Last night, she was back on the BET stage with another striking performance in collaboration with A$AP Rocky.

She started with “Set Me Free” wearing a sparkly sheer pantsuit and cover-up that more than flaunted her curves in the best way possible. We know Blige never does something half-way when it comes to style, but Jamie Foxx fawned over the 46-year-old’s “breakup body.” It was exasperating and sexist and one of the many instances of objectifying women rather than noticing their talent.

Rocky stepped on stage halfway through the performance of “Love Yourself” to lend some rhymes. The original song features Kanye West, but A$AP Rocky was recruited for her BET performance. The performance, which included dancers, a vintage car, and a lot of smoke, ended with a warm hug between the two artists.

While Blige was on stage, the camera would cut to the excited audience enjoying her performance. However, when the camera cut to Bruno Mars, the Internet was quick to point out that the “24K Magic” crooner looked to be slowly dozing off. Gasp! How could he? To be fair, the singer has been extremely busy touring around the world and still managed to bring the roof down with his earlier performance of “Perm.” He was, however, in high spirits when he went up to accept his first BET Award for Best Male R&B/Pop Artist.

Watch the video of Mars hilariously nodding off to Mary J. Blige’s performance (or just enjoy her amazing set) at the BET Awards here.