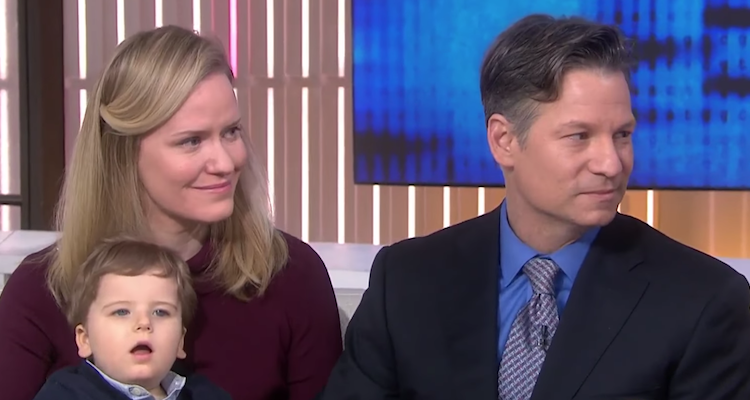 Who Is Mary Forrest?

Mary K. Forrest’s age is 42 and she was a producer for Martha Stewart’s show when she met Engel, 44, in 2010 when he was a guest. She married the NBC chief foreign correspondent in May 2015 in a civil ceremony at New York City Hall. She’s a stay-at-home mom and lived in New York with Engel and their two-year-old son, Henry.

On Tuesday, Forrest and Engel opened up about their son’s condition, known as Rett syndrome, which is a rare neurological disorder that leads to developmental delay, and currently has no cure. Engel was with the troops in South Korea last fall when he got the call from his son’s doctor.

At 18 months, Henry wasn’t able to sit, walk, or talk, so the couple turned to genetic testing.

For Mary, she said the news felt “like someone punched me in the stomach.” It also brought up serious considerations for their son’s future. “We had to have really practical conversations in terms of, if he needs a wheelchair, do we have to move? And what are we going to do for Henry when he is older, once we’re gone?”

Although there’s no cure for Rett syndrome, Forrest and her husband have Henry engaging in seven forms of physical therapy a week to help him mentally and physically.

“I think we practiced that a thousand times,” says Forrest. The pair have had to set modest goals. “We’re not looking for huge milestones,” she added.

“Anything is good as long as it’s progress,” added Engel. “You hear parents say, ‘I woke up this morning and went down to the crib and the baby was standing.’ That didn’t happen in our case and it doesn’t seem to be in the cards. So we’re focused on the little things.”

If you’re looking for Mary Forrest’s pics, then you won’t find them on Instagram, since her account is privately set. You also won’t get much luck form her Twitter account either, but you can find photos of her online through Google or other articles about her.

When someone tweeted about the death of Ursula K. Le Guin’s death, Forrest paid a tribute to her on her own account and how she was shaped by her work.

“This is such sad news. I have loved and been inspired by her work since I was in sixth grade and discovered Earthsea. Farewell, @ursulaleguin. And thank you for all you taught me about gender, race, and possibility.”

Not a Trump Fan

Based on her comments about the commander in chief, you won’t have to ask who she voted for in the last election. Like many people in the country, Forrest isn’t a fan of the President.

She tweeted, “Think of how many times you have heard Trump (and Sarah Sanders) say that he has no intention of firing Mueller. And now note that he already tried to and was thwarted. And now ask yourself if he’s someone who can be taken at his word.”