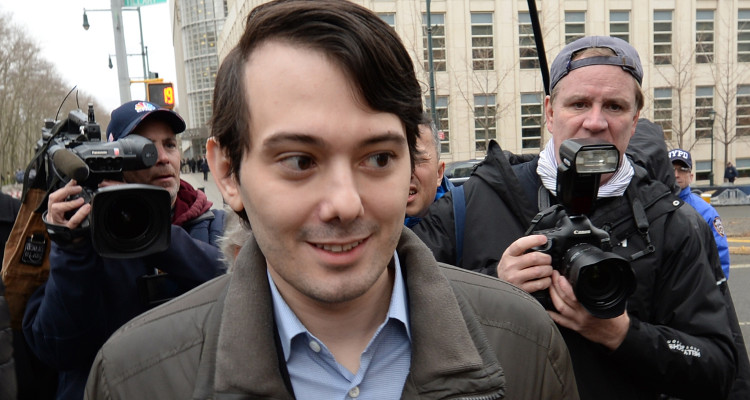 Infamous pharmaceutical CEO Martin Shkreli has amassed a net worth of more than $100 million in just 10 years. An entrepreneur and financial executive, Shkreli co-founded the MSMB Capital Management hedge fund and became hated for hiking up the prices of lifesaving drugs when he became CEO of several pharmaceutical companies. The ex-Pharma boss is on the Forbes entrepreneurs list of “30 Under 30’”for 2016.

“Pharma Bro” Martin Shkreli has recently been in the news for his arrest by the FBI for securities fraud, with which he was charged last December. Out on bail, the “bad boy” of the medicine world is currently under heavy scrutiny from the government, and even the global media. Having raised the price of the anti-parasitic drug Daraprim by over 5,000% after purchasing the drug under his reign as founder and CEO of Turing Pharmaceuticals in September 2015, Shkreli has become known as the “most hated man on the Internet.” It also didn’t help that Shkreli recently made an outrageous and vulgar statement about Taylor Swift in an interview for a hip hop web site, making unnecessary and sexist remarks regarding the pop singer.

Shkreli grew up in Brooklyn in an Albanian-Croatian family and attended Hunter College High School. He graduated in business administration from New York’s Baruch College in 2005. During his senior year of high school, Shkreli got an opportunity to intern at a Wall Street hedge fund called Cramer, Berkowitz & Co. (CBC), and this changed his life forever. As a thank you, he donated a million dollars to his alma mater last year. In 2003, 19-year-old Shkreli’s legitimate predictions of the Regeneron Pharmaceuticals stock price crash turned out quite accurate and drew attention and lots of investigation.

After four years of working as an associate at CBC and then working as an analyst for Intrepid Capital Management and UBS Wealth Management, Skhreli started his first hedge fund, Elea Capital Management, in 2006. Although, he won a $2.3 million lawsuit in 2007 against the Lehman Brothers hedge fund, the latter collapsed even before the arbitration. Martin launched MSMB Capital Management with childhood friend Marek Biestek in 2009. After trading into medicine corporation stocks, Martin founded Retrophin Inc. in 2011, and with help of his hedge fund (MSMB), the company acquired AMAG Pharmaceuticals for $378 million.

Summary of Martin Shkreli Net Worth

In 2015, Shkreli started Turing Pharmaceuticals, which obtained licenses and FDA approvals for major expensive drugs within months. In September of the same year, Shkreli entered the watch of all pharmaceutical giants when he hiked the price of HIV drug Daraprim from $13.50 to a whopping $750 per tablet. This price rise resulted in the halt of many HIV treatments across the country and caused irreparable harm to thousands of patients.

After heavy criticism from major medical associations and ending several business tie-ups, Shkreli resigned from Turing and was replaced by board chairman Ron Tilles. Shkreli’s new venture, KaloBios Pharmaceuticals, filed for bankruptcy within a month of starting. This was followed by Shkreli’s FBI arrest in December, but he has since been released on bail. He is currently fighting his arrest prosecution, which is still in its early stages.

I am confident I will prevail. The allegations against me are baseless and without merit.

Shkreli was summoned before the government’s Committee on Oversight and Government Reform of U.S. House of Representatives for the Daraprim price-hike fiasco. On February 4, Shkreli refused to answer most questions on that matter put to him by the House committee. Now, the notorious “pharma bro” has to manage his $100 million net worth safely lest it gets seized by federal departments.

And, if he manages to save the money, Shkreli’s net worth will likely keep rising, since he has also partnered with several music record labels and is helping the careers of several artists, including Fetty Wap and Bobby Shmurda.