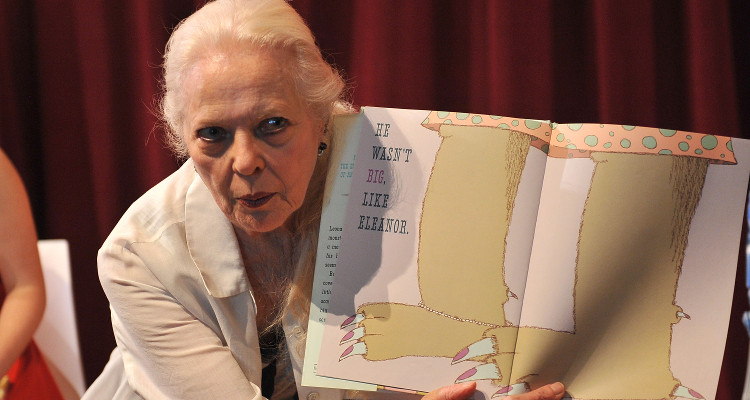 Martin Landau passed away on Saturday (July 15), leaving behind a legacy that can’t be matched. Among his greatest movies and TV shows, he’s most famous for collaborating with his then-wife, Barbara Bain.

The acting industry lost another one its greats when Martin Landau died on Saturday. He is survived by his daughters and their families, as well as his ex-wife and girlfriend. Martin Landau’s wife was the famous actress, Barbara Bain. Martin Landau and Barbara Bain gave us some of the most iconic shows and movies together. Find out more about Barbara Bain and her relationship with Martin Landau, right here.

Mildred Fogel was born in Chicago to Russian Jewish immigrants. In her professional life, she’d become known as Barbara Bain. However, she wouldn’t consider acting until much later. With a bachelors in sociology from the University of Illinois, Bain aspired to be a dancer.

She moved to New York City to pursue a dance career under the guidance of Martha Graham. But she felt her skills were nowhere as good as she expected them to be. “Dance was then too remote from the rest of the world. It became lots of misery,” said Bain. So, she defected to modeling and booked jobs with Vogue and Harper’s, among others. Still uninspired, she decided to try out acting.

Bain started in theater and finally found her true calling. She felt at home on stage, saying she loved acting, though she thought she was terrible. She trained in the Theater Studio and the Actors Studio. Her first professional acting job was in the play, Middle of the Night.

Her earliest works include CBS’s Tightrope, The Law and Mr. Jones, Adventures in Paradise, and Straightaway. She also had several guest roles with notable actors like Jerry Van Dyke. Her most recent appearance on TV was on the CBS medical drama, Code Black. Her net worth hasn’t been calculated, but it’s likely comparable to Landau’s $10.0 million.

#3. Not Love at First Sight

Before she broke into the acting field, Bain met a young acting student, Martin Landau, at the Actors Studio. But sparks didn’t fly right away. They had some pretty bad first impressions of each other; Martin thinking she was an airhead model, and Bain having a few choice words to describe him, as well.

They once again clashed at a party a few weeks later. “We were talking and arguing until the sun came up,” recalled Martin. Then, they walked together on Park Avenue and something clicked. “Barbara knew we were going to get married when I stopped buying two of everything—two records, two books…” said Landau. True to Bain’s prediction, the couple eloped in a city hall wedding and had a formal ceremony with the family 10 days later.

The couple has two daughters: Susan Bain Landau Finch, a writer, producer, and director married to Roy Finch, and Juliet Landau, known for her role on Buffy the Vampire Slayer. Even after their divorce in 1993, Landau and Bain remained good friends and neighbors.

Bain and Landau made their professional acting debut together with Middle of the Night. While the play was a stepping stone for Landau, who landed Hitchcock’s North by Northwest soon after, Bain pursued her own acting career. But their most memorable hits were when they acted together.

She played Cinnamon Carter in the hit TV series, Mission Possible. Landau played the master of disguise, Rollin Hand. She was the bigger winner over her husband, taking home three Emmys. Their characters weren’t a romantic pair, but showed great partnership. The trick, according to Landau, is to “never play married.” But their loyalty off-camera was strong as ever. When Landau walked out of the show following a pay dispute, Bain followed.

They starred together in the cult-classic, Space 1999 and the TV movie, The Harlem Globetrotters on Gilligan’s Island.

After the news of Martin Landau’s death, many are asking if Barbara Bain is alive. The 85-year-old actress is still alive and her latest movie, Reconnected is expected to hit theaters soon. Her ex-husband, co-star, and friend, Martin Landau passed away after a brief hospitalization on Saturday.

He is survived by his daughters, Susan and Juliet, their husbands, children, and his sister, Elinor. Some reports claim that Landau also leaves behind his girlfriend, Gretchen Becker. He had been reportedly dating Becker since they acted together in his Oscar-winning role, Ed Wood.

I'm saddened by the passing of cartoonist, and Hollywood actor, Martin Landau. He was terrific in the movies North by Northwest, The Adventures of Pinocchio, Ed Wood, and X-Files: Fight The Future. I grew up watching his character Commander Koenig, on a crazy show called Space:1999. He and his wife Barbara Bain starred together in Space:1999, and the Mission Impossible tv series. Rest in peace Mr. Landau. #martinlandau #actor #barbarabain #space1999 #xfilesfightthefuture #missionimpossible #theadventuresofpinocchio #edwood #northbynorthwest