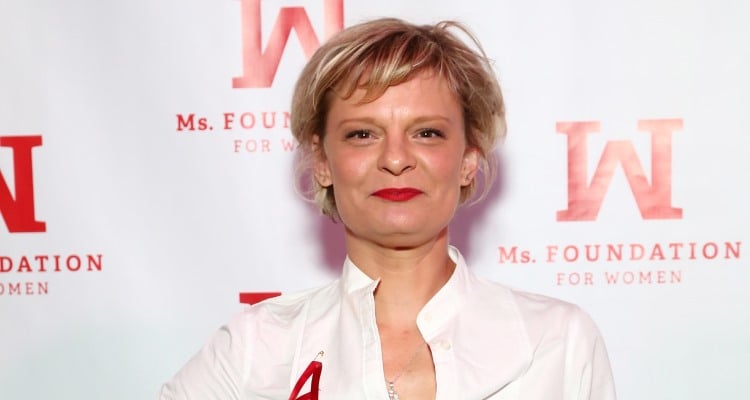 Actress Martha Plimpton’s abortion comments may have earned laughs in Seattle, but many on Twitter couldn’t find the humor in her words. Now, everyone is looking to find out exactly what she said and are searching for more details about her, including information on Martha Plimpton’s net worth. If you want the full story and more, then have a look at our Martha Plimpton wiki.

Martha Campbell Plimpton was born on November 16, 1970, in New York City to actors Keith Carradine and Shelley Plimpton. Her grandfather, John Carradine, was also an actor. Out of all her films and TV shows, Martha Plimpton’s Goonies role in 1985, is one of her most famous. She has also starred in The Good Wife, Parenthood, Raising Hope and The Real O’Neals, most recently.

The more common question is; Is Martha Plimpton gay? So far, all signs point to the opposite and she’s not married at the moment. When in the public eye, it’s natural and sometimes expected for people to pry into your private life and find out who you may or may not be dating. Martha Plimpton, even though not the biggest celebrity, has also faced this issue.

If you wanted to reach Plimpton, 46, then Instagram or Twitter would be your best options. The Goonies star has over 15k followers but it’s possible that she may lose a few of them after her speech on her past abortions!

The video was shot in June but is just now getting recognition. It shows the actress being interviewed by Dr. Willie Parker at a #ShoutYourAbortion event in Seattle.

“Seattle has some particular significance for me for lots of reasons,” the actress said at the Town Hall event. “I’ve got a lot of family here, some of whom are here in the audience tonight. I also had my first abortion here at the Seattle Planned Parenthood!”

She added, “Notice I said ‘first’…and I don’t want Seattle — I don’t want you guys to feel insecure, it was my best one.”

The audience laughed at Plimpton’s story as she continued saying, “Heads and tails above the rest,” she said. “If I could Yelp review it, I totally would. And if that doctor’s here tonight, I don’t remember you at all, I was 19. I was 19, but I thank you nonetheless.”

Plimpton has always been an abortion advocate but critics found her bragging of her past two abortions distasteful. Some have even stopped following her career and called her comments “sickening.”

The divine and talented Martha Plimpton starring in #TheRealONeals coming to ABC next season.

Plimpton doesn’t have any children of her own but she does play the mother of a gay son in the show based on show runner Dan Savage’s life, The Real O’Neals.

“I said yes right away,” she said in a Huffington Post interview. “They sent me the script. It was very funny and I loved the idea of working with Dan, even if peripherally. Even though [the character Eileen] doesn’t get it, she’s definitely coming from a place from love and devotion and she adores her children and she particularly adores Kenny.”

She continued: “Nothing’s going to get in the way of that. She will do her damnedest to try and get him to go straight again. But she won’t abandon him, which is a lucky thing for Kenny, because a lot of kids don’t have that experience with their parents when they come out. And that’s one of the reasons why I think the show could be of value.”

Meet Eileen O’Neal. She’s the matriarch of the family and might care a little too much. #TheRealONeals