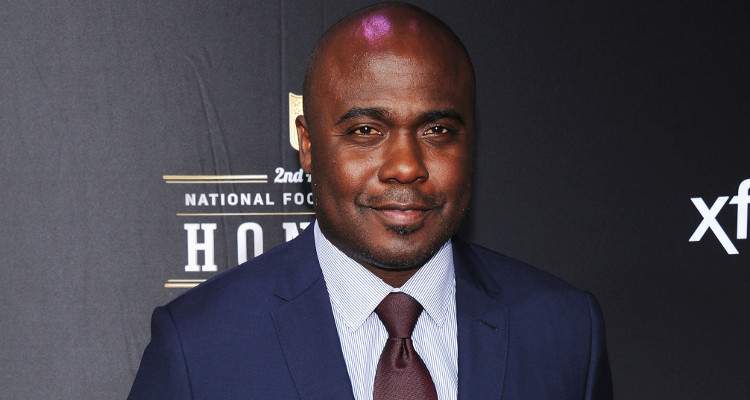 Football analyst and former NFL player, Marshall Faulk was suspended from the NFL Network owing to allegations of sexual harassment by a co-worker. We have details of this account and facts about Marshall Faulk’s ex-wife and family.

Former NFL player, Marshall Faulk was drafted in 1994 and retired in 2005. He then pursued a career as a football analyst. In 2006 he married Lindsay Stoudt and the two were together until their divorce in 2014. Here’s everything you need to know about his ex-wife in Lindsay Stoudt’s wiki.

Marshall Faulk and Lindsay Stoudt got married in 2006 at the Ritz-Carlton Hotel in Orlando, Florida. Faulk was 33 at the time, and Lindsay Stoudt’s age is not known. While everyone knows about Faulk’s accomplishments, Stoudt’s are not as well documented. She is a recording artist with SRC Universal Motown, and appeared on Basketball Wives LA as well as the 2012 reality series Beverly Hills Nannies. Additionally, she created her own beauty line, Black by Lindsay Faulk. She has three daughters with Marshall Faulk.

Lindsay Stoudt’s pics can be found on her Instagram where she posts often.

Thank you @jay_artistry for the Slaayyy on my Birthday ?✨✨✨❤️ Thank you @piatoscano for hooking us up & celebrating with me!! ?❤️

Being part of a lawsuit filed against the National Football League, the allegations against Marshall Faulk were made by a wardrobe stylist at the NFL Network. Faulk is one of three retired players to be suspended, and is accused of sending inappropriate messages, videos, pictures, as well as making sexual advances and other misconduct, including groping. After an investigation, Marshall Faulk, along with NFL analysts Heath Evans and Ike Taylor were suspended. Even though Donovan McNabb was named in the lawsuit, he has not yet been suspended.

Cases of sexual harassment are now more common than ever and it is deeply saddening when public figures like Marshall Faulk who were once loved by the audience are involved.