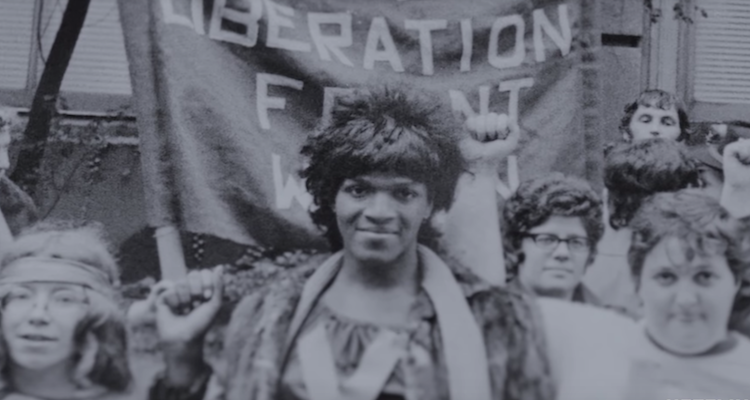 With the release of The Death and Life of Marsha P. Johnson on Netflix, the spotlight has turned back to this pioneering activist in the LGBTQ community. In order to try and help spread that spotlight a little wider, we’re bringing you our Marsha P. Johnson wiki for a brief look at the life and mysterious death of this activist.

Marsha P. Johnson was born Malcolm Michaels on August 24, 1945, at St. Elizabeth Hospital in Elizabeth, New Jersey. Raised Roman Catholic (she would stay religious until the end of her life), she would begin wearing dresses at the age of five, according to a 1992 interview. But it wasn’t until 1963 that Marsha’s life truly began.

After finishing up high school in 1963, she moved to Greenwich Village. It was during this period that she entered the drag scene of the area and go from being Malcolm Michaels to Marsha P. Johnson. Not having much money, Johnson would often make her own outfits. Although people used to call her “Michelle,” she felt that that name didn’t suit as well as the name Marsha, so Marsha became her first name. “Johnson” was taken from a Howard Johnson’s restaurant located on 42nd street in New York City. The “P” didn’t stand for a name, but rather for “Pay It No Mind,” a phrase Johnson was known to use frequently. Unfortunately, work became hard to come by and in 1966, Johnson was living on the streets.

The Beginnings of an Activist

The real turning point that began Johnson’s activism in the LGBTQ community was during the Stonewall Uprising, which began in the early morning hours of June 28, 1968. Centered around Stonewall Bar (a popular gay bar in New York City), the Uprising involved the gay community revolting against police who were unjustly raiding gay clubs and bars in New York. Normally, when these raids would occur, the patrons of the club or bar would scatter for fear of being revealed to the large public. In this case, a crowd began to form instead. These incidents are often regarded as some of the first points of open protest for the LGBTQ community. And Marsha P. Johnson was there leading the charge.

Happy Birthday to this beautiful soul. Thank you for everything you did for me and for showing the world that gender and sexuality should never define dignity #MarshaPJohnson

Johnson would continue her fight for LBGTQ rights until her death. She helped create S.T.A.R. House, a shelter for homeless trans and gay street kids in 1972. The shelter didn’t last long, but its forward-thinking manner would influence future shelters of a similar kind. In the late ’80s, Johnson would join and help with the AIDS Coalition to Unleash Power, or ACT Up, an organization that went to bat to try and work with funding, litigation, medical research, and treatment in the early days of the AIDS crisis.

On June 30, 1992, Johnson went missing shortly after the Pride Parade. On July 6, her body was discovered in the Hudson River off the West Village Pier. Her death was initially ruled a suicide, as there is some evidence that Johnson may have been in a fragile mental state at that time. The idea of Marsha P. Johnson’s suicide has been disputed as there is also evidence that suggest there may have been something else at work. Some witnesses claim that Johnson was harassed by a gang of thugs that were known to mug people in the neighborhood. Others claim that Johnson’s body had obvious head trauma. Mariah Lopez, a transgender activist, got the NYPD to reopen Johnson’s case in 2012.