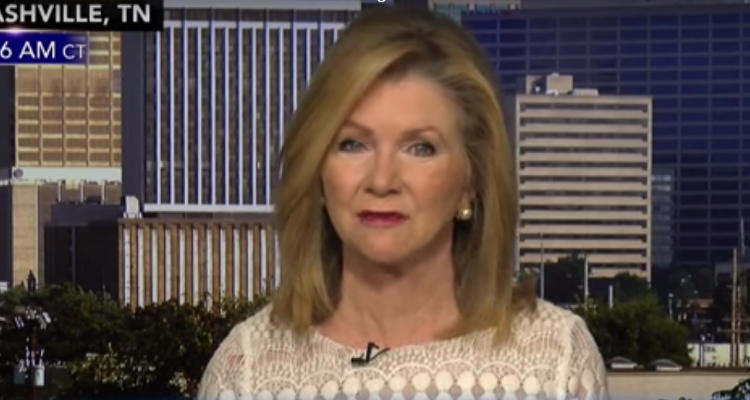 Everybody is waiting for Marsha Blackburn’s Republican National Convention speech with bated breath. As a woman of few words, she is expected to make a big impression on the delegates who are grappling with one of the most divisive Republican conventions of all time. This begs the question “Who is Marsha Blackburn?” Well, Marsha Blackburn is an American politician who represents Tennessee’s 7th congressional district in the US House of Representatives. Blackburn is a member of the Republican Party and wields considerable clout. Marsha Blackburn’s family comprises of her husband Chuck Blackburn and their two children. If you thought a woman couldn’t do justice to both her career and her family, you are wrong. Blackburn is not afraid to speak her mind. Don’t believe it? Just check out the Marsha Blackburn Wiki page and Marsha Blackburn’s Twitter account where she names America’s enemy number one.

For Marsha Blackburn, kids have always been a special part of her life. She started her corporate career selling children’s educational books and cook books door-to-door for the Southwestern company, in order to put herself through college. By doing this Blackburn learned to listen to people when they gave their opinions and feedback. This helped her tremendously when she joined politics as she had to understand the common man’s problems and find suitable solutions. Even today she is revered as a ‘listener’ as she solves the problems within her district. Blackburn was born in Laurel, Mississippi on June 6, 1952. She received her Bachelor of Science degree in 1973 from the University of Mississippi.

Blackburn is a larger than life figure within the Republican Party. She is revered as their most potent warrior, clashing with the Democrats on every issue. Whether it is speaking against ‘Obamacare’ or denying the existence of a ‘global warming’ phenomenon, Blackburn is the soldier of choice for the Republican party. There is a running joke in politics that “Marsha doesn’t ever give up, Marsha always wins!” How’s that for a personality description? Blackburn hates bureaucracy and refers to it as enemy number one of the functioning of the Government. She has argued with President Obama that instead of adding more bureaucracy to the health care system, the right thing to do is “let people out” of a failed system.

Donald Trump should count himself lucky that Blackburn is one of his supporters. Imagine having her as your opponent? Yikes! While Trump’s people worry about the lack of unity in the party, Blackburn herself has no worries. She has said (on record) that Trump will unify the party and not divide it. She says the most important thing to do is to get everybody behind Trump and get on with the business of running the country. The priorities are to make America safe and to make it work, in that order. Despite her support, Trump clearly has his work cut out for him. Blackburn says Trump must present his vision for America and keep his campaign promise of making America great again.

Blackburn has also called Trump a problem solver. It takes one to recognize another. Her speech at the RNC will be keenly heard as she has always been a voice of reason. Coming from one of the poorest states in the USA, she has a good understanding about people’s problems. Improving national security is what keeps Blackburn awake at night these days. Meanwhile, the nation can sleep soundly knowing that the future of their country is in safe hands.