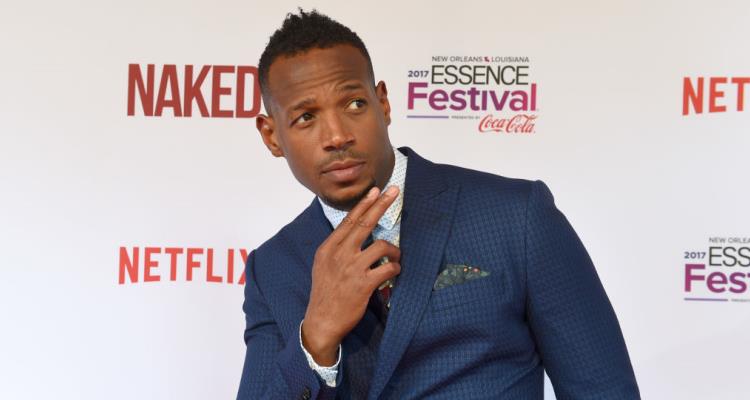 Marlon Wayans recently announced that he wants to play Plastic Man for DC. Superhero movies are dominating the box office, and it seems that almost every celebrity wants a piece of the superpower pie. According to fans, Plastic Man is the DC version of Mr. Fantastic, and adds a unique aspect to the table: comic relief—something that Wayans is an expert at. Aside from his busy career in comedy, fans are still asking about the relationship between Angelica Zackery and Marlon Wayans. They have an untraditional relationship, but according to Wayans, it works for them. Here’s what you need to know about their reasons against marrying and more about Wayans’ career.

Who is Marlon Wayans married to? The White Chicks star has never been married, but people consider Marlon Wayans’ wife to be Angela Zackery (often misspelled as Zachary or Zackary) because she is the mother of his children. In a heartfelt Instagram post on her birthday in February 2018, he called her his “Ex-wife, children’s mother, sister, friend, and family.” In 2019, he wrote a similar post about how grateful he is for her.

Happy Birthday to this amazing soul that God gifted me in my life. Angela you are An amazing mother, a wonderful daughter, a great friend and an all around beautiful human. If i did everything wrong in life it’s okay because loving you has been the rightest thing I’ve ever done. And although we’ve had our ups and downs we somehow always find a reason and a new way to just love each other. I hope our smiles are examples to our children that a smile is the most important thing in life. And that love needs no title. Love needs no sex. Love just needs two people willing to just love each other unconditionally. I never believed in titles. I always felt that titles limit the functionality and capabilities of love. Your my sister, my friend, my mom, my children’s mother, my bestie, my buddy, my wife, my ex wife (even though we never married) and baby. I love you for life and then some. Thank u for just being you… and thank u for loving me in your beautiful strange ways too. I celebrate you and your magical soul every day. Luh, luv, Love you. Who needs sex when we got all this LOVE?

The couple have been in a relationship for over a decade, but broke up in 2013. Wayans is notoriously private about his personal life, but he spoke about his reasons for avoiding marriage, saying: “If I was married, I would be divorced. I’m anti authority. I don’t like being told what to do. I like my own space. I don’t like living with people.”

He talked about his brothers’ divorces and believes that the reason why his kids’ lives didn’t change after he broke up with Zackery was because they never married. “It stayed the same. I think it works. If it’s not broke, don’t fix it.” He considers his relationship with Zackery a good one, seeing that they were able to raise two bright kids.

Dear kids, I loved you before you even officially got here. I hope you know how much i love you… my greatest joy in life …. fatherhood…. now FUCKING CALL ME SOMETIMES. #teenagers

Wayans and Zackery Co-Parent Their Children

Wayans and Angelica Zackery’s kids include daughter Amai and son Shawn, and the couple decided to co-parent, even after their relationship came to an end. When asked why they remained “together” but did not live together or marry, Wayans said, “I like to keep it fresh. Because when you live together that’s when the sweatpants and cream on the face comes out and it kind of says you’re not going to get some.” If you’re looking for pictures from Angelica Zackery’s Instagram, she has her profile set to private and spells her last name as “Zackery.”

Happy Mother’s Day to this AMAZING human. How lucky are my kids to have you as a mother? Smart, beautiful, kind, real, loving, strong, protective, wise, purposed, diligent, responsible, caring, generous, brilliant, lovable and damn near perfect. In fact, I’m the lucky one. Lucky to have found a person that i can love for a lifetime. My love, my friend, my ex, my children’s mother, my partner, my buddy, my sister, my angel, my forever. Thank u for all you teach my kids and all you teach me. Thank u for nurturing the two most important things in my life. Thank u for your unconditional love and acceptance. Thank you for your character, your forgiving heart. I will always respect the way you handled my mistakes. How you kept your heart warm when it could’ve grown cold. How you put our kids and our family first. Now don’t get me wrong, you cursed my black ass out for two whole years and kicked me to the curb but slowly but surely you allowed me back in. You loved me unconditionally. You became my best friend. You never salted me to my kids. Never took your pain and poisoned our children with it. You are a classy woman. Everyone talks a good game but when the chips were down you showed CHARACTER. And my heart my soul our family and our legacy is all due to you. God gifted me when i met you. I love you for life. When i pass and leave behind this mess of jigsaw puzzle i know you will be there to put together those pieces and tell the world, my kids, our family about my heart that you know so well. Happy Mother’s Day Ang… you’re simply the best

Wayans’ NBC Series Was Based on His Life with Zackery

As for Wayans, he is well on his way in his comedy career. In 2017, he starred in Netflix’s Naked, and Marlon on NBC. The show featured Wayans as Marlon Wayne, a sensation on social media, who is co-parenting with his ex, played by actress Essence Atkins. Wayans’ show was said to be “eighty-seven percent” a reflection of his actual life. He was excited for fans to see a “different kind of TV dad” and a “different kind of TV family.”

Fans were pleasantly surprised by the sitcom based on Wayans’ life! According to Deadline, “NBC’s Marlon Wayans comedy series, Marlon launched with a 1.3 demo rating—the highest rating among 11 new or returning scripted series on the Big 4 this summer. Compared to NBC’s timeslot demo average this summer, Marlon measured 63% better.” Not so bad for airing on a night with competition like Big Brother and America’s Got Talent!

But despite its promising start, NBC announced the show was being canceled in December 2018, after two seasons.

Now Wayans seems to be taking over the comedy genre on Netflix! In August 2019, he will play six fictional family members in the new Netflix series Sextuplets. The movie will also star Bresha Webb, Michael Ian Black, and Molly Shannon.

Angelica Zackery’s wikis online have a lot of misinformation. As mentioned earlier, her name is widely misspelled, and some sites have accidentally swapped photos of Zackery with Essence Atkins, adding to the confusion about what she looks like and who she really is.

Atkins is in so many photos with Wayans because she’s co-starred in several of his projects, including his Marlon show, acting as his ex-wife. Since Zackery is not a celebrity like her ex-husband, it’s easy to understand why the information on her is unclear.

Stay tuned for more information on Marlon’s career, and any new details on the life of the mother of his children and friend.