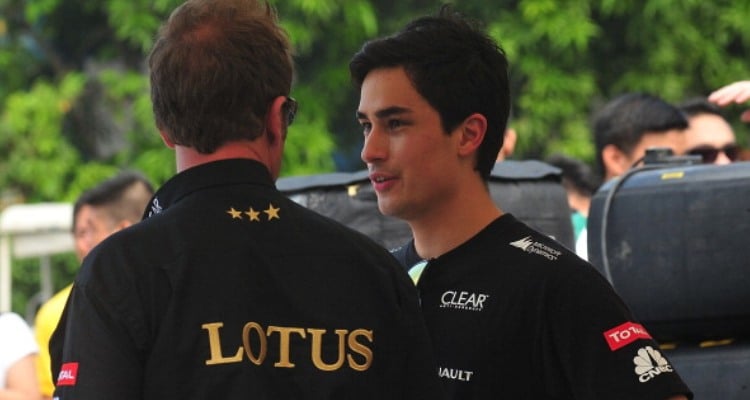 Miss Universe 2015 winner Pia Wurtzbach is not only absolutely stunning, but she’s also trying to make the world a better place by helping out with HIV/AIDS-related charities. She’s also working to help promote equality with members of the LGBTQ community in the Philippines. So, she’s quite the catch for multiple reasons! But, she was plagued earlier this year with rumors stemming from reports of bumps in her relationship. So, who is Pia Wurtzbach’s boyfriend? Keep reading to find out all about him in our Marlon Stockinger wiki.

Who Is Marlon Stockinger?

Born on April 4, 1991, in Manila, Philippines, Marlon Stockinger’s age is 26. His father, Tom Stockinger, is a Swiss businessman who also had a fondness for racing. His mother is Egin San Pedro.

Stockinger lived and went to school in the Philippines until he was 17. Then, his father’s passion for racing took over, and he went to Europe to train to become a professional race car driver.

All smiles and back on track! Enjoying a good time with local Filipino racers and enthusiasts alike of different ages and backgrounds yet we all have a common love for speed! Catch the next episode of Road Trip as I go on a small trip down memory lane ??? #BilisNgPinoy

When Marlon Stockinger was 18, he dated then-27-year-old model Kit Barraquias for approximately a year before breaking up. Stockinger then began dating Pia Wurtzbach in 2016, after she contacted him via Marlon Stockinger’s Instagram account.

Wurtzbach told beauty vlogger Patrick Starrr, “I liked a few pictures and he was online at the time so he noticed me. He wasn’t following me. He didn’t even know me then! Which is good, actually. He knew that Philippines won Miss Universe, but didn’t know that it was me.”

It wasn’t smooth sailing for their entire relationship, however. His ex came back into his life in the worst way. Kit Barraquias started making the tabloid rounds in 2017 with some serious claims.

In subsequent interviews, Barraquias revealed that Stockinger was actually the biological father of her twin daughters, who were born in 2009. They broke up when she was approximately four months pregnant, according to Barraquias.

In interviews, Barraquias referred to Stockinger as a biological dad who has never seen the twins. And in one particular interview, she infers that his parents paid her off for her silence! Obviously, this may have caused some ripples in Pia Wurtzbach and Marlon Stockinger’s relationship.

Shortly after the scandal broke, Stockinger unfollowed Wurtzbach on Instagram. This was followed by Wurtzbach and Stockinger deleting photos of themselves together from both of their accounts.

Later, Stockinger told the press that they were fine but just decided to make their relationship more private. This could be true, or the couple patched things up, because they look like they’re blissfully happy again! The couple just recently celebrated their anniversary in early December.