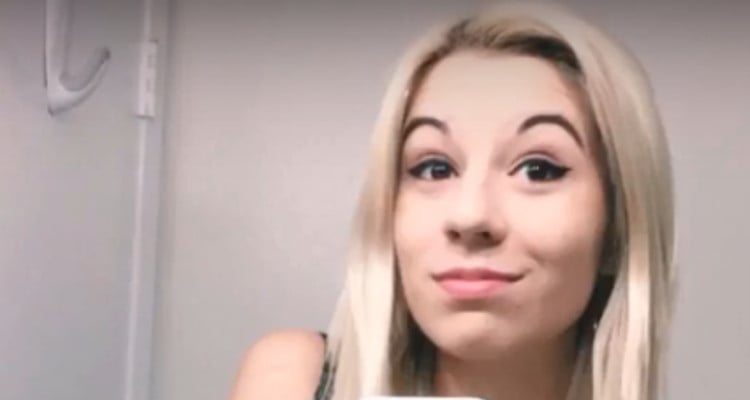 Markiplier has been dominating YouTube for a while now, but who is the young entertainer dating? Here is everything you need to know about Markiplier’s girlfriend, Amy Nelson.

Mark Edward Fischbach (a.k.a. Markiplier) is an American YouTube personality. Although he started making videos in Cincinnati, Ohio where he lived for most of his life, the YouTube star currently lives and films in Los Angeles, California. Markiplier has over 16 million subscribers and is the 22nd most-subscribed channel on YouTube.

Besides having a thriving YouTube career, Markiplier has also appeared on several TV shows like, Table Flip, Grumpcade, Gamer’s Guide to Pretty Much Everything and in 2015, he appeared on Jimmy Kimmel Live!. Now that we know a little about Markiplier’s professional life, we should get into his dating life. Who is the 29-year-old YouTube star’s girlfriend? We have a few facts about Amy Nelson, right here.

Amy Nelson was born on May 21, 1994 in Cincinnati, Ohio and currently lives in L.A. Amy is very active on social media, especially on Twitter, where she has more than 81k followers! About Amy’s job, the 24-year-old is a graphic designer and an illustrator.

Amy and Markiplier started dating in 2015, but made their relationship official in mid-2016. They made their first appearance as a couple during VidCon 2016, but speculation about them dating rose long before they made anything official. Tired of the rumors, Amy tweeted a picture captioned, “oh jeez” further commenting, “what more do you want from us.” She first appeared on Markiplier’s channel in the video, “DON’T LAUGH CHALLENGE #5.” Although Amy said she prefers to keep her relationship private, the two still regularly appear in each other’s social media posts.

Aside from Twitter, Amy Nelson is very active on Instagram. She loves coffee more than anything in the world —in case her handle @iceddarkroast was not an indication. Amy started her own YouTube channel, Planet Peebles, which only had two videos at that time. Today it has several videos and has more than 67,201 subscribers and is attracting even more of them. She plans to be more active on YouTube, hopefully getting her boyfriend to appear in more videos with her. Amy even has her own web site, where she showcases her illustrations, posts blogs, and shares playlists.