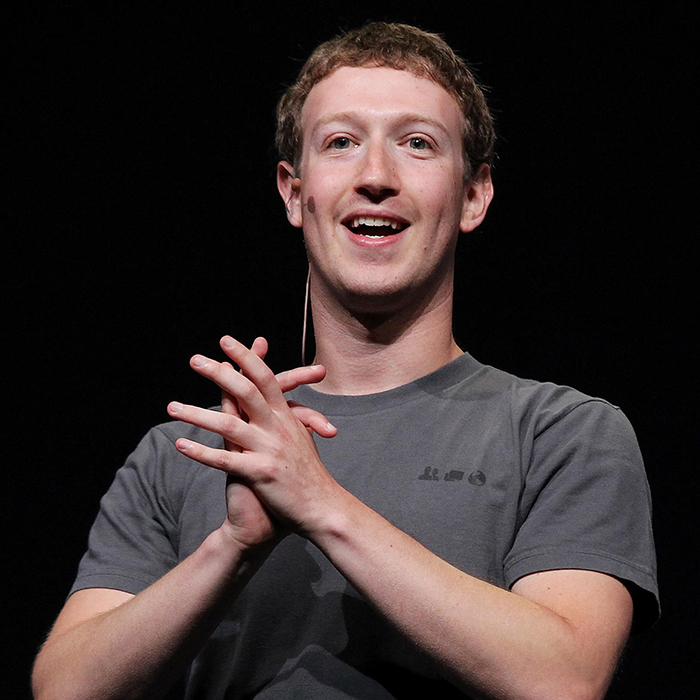 Ladies and gentlemen, prepare to be jealous: Facebook CEO Mark Zuckerberg just made $6.0 billion in a single day. But will he get to get keep that money? After all, the stock market is a fickle mistress, prone to massive shifts in mood and favor. But regardless, for now, this is huge for Mark Zuckerberg’s net worth.

On Thursday, January 28, Facebook released their earnings report for the fourth and last quarter of 2015, and the numbers were astonishing. Not only did the social network see massive growth in its number of users (over 1.59 billion people log in a month), but the money the site makes from advertising was up 57% year-over-year for a total of $5.6 billion, with four out of every five dollars coming from mobile ads, and net income had more than doubled to $1.56 billion. These results sent Facebook stocks through the roof, going as high as over 13%.

As a result of this surge in the Facebook stock, Mark Zuckerberg, who of course owns the primary amount with over 28% of the shares, saw his portion of the company come to be worth $6 billion by early Thursday afternoon. With the company originally having been down over $4 billion for the year, this translated into a gain of $1.7 billion.

With this increase, Zuckerberg becomes the sixth wealthiest person in the world at $47.5 billion, putting him ahead of entrepreneur Larry Ellison and behind Mexican investor and magnate Carlos Slim.

For those not too familiar with the man outside of his creating Facebook (and who haven’t seen The Social Network, which he calls inaccurate), now 31-year-old Mark Zuckerberg first began working with computers in middle school. At a young age, he was already developing full computer programs, being called a “prodigy” by the software developer hired to tutor him. This continued during his studies at Harvard, at one point causing the entire campus internet to be inaccessible when a site he built “for fun” had so many visitors that it overloaded the network.

On February 4, 2004, Zuckerberg launched Facebook from his dorm room. Originally only usable by Harvard students, it eventually branched out to other institutions. Later that year, he and some friends leased a home in Palo Alto, California, using it as an office until getting a proper one later. The site was not made fully available to everyone until September 26, 2006, with mobile support occurring January the next year.

While the site has been a runaway success, Mark Zuckerberg’s net worth didn’t profit from it until September of 2009, when the cash flow finally turned positive. By the end of 2012, company profits were over $1.5 billion, a year-over-year increase of 40%, with most of it coming from on-site ads. In addition, the site announced that 56% of ad revenue came from the United States alone, while another 12% was solely from social network game provider Zynga, as this was around the time of the height of the game Farmville’s popularity. The company did not go public until May 2012, with shares being $38 each; this implied a company value of $104 billion, the largest for a newly listed company ever.

With such wealth, it’s no surprise that Mark Zuckerberg has no problem spending it. In 2014, the Facebook founder reportedly paid $100 million for 700 acres of land in Kauai, an island in the Hawaiian archipelago in the Pacific Ocean. The land includes a sugar plantation and a beach that stretches 393 acres. Additional funds will go towards building a personal hideaway on the land. He also still resides in Palo Alto, but now his home is worth far more, as are the four houses beside it; this was sparked by a neighbour announcing plans to build a mansion with windows that could see into Zuckerberg’s bedroom. The same neighbour, after selling the land, is now suing because he claims Zuckerberg promised to introduce him to people in Silicon Valley in exchange for a discount on the land.

Mark Zuckerberg may wish to enjoy his newfound $6.0 billion now, as he had previously announced plans to give away 99% of his net worth to charity over the course of his life, citing a desire to improve the world for his newborn daughter. It’s certainly admirable, but it doesn’t change the fact that Mark Zuckerberg’s net worth is currently a lot higher than it was earlier yesterday, and if Facebook releases similar results for the first quarter of 2016, that $6.0 billion may only be a drop in the bucket.