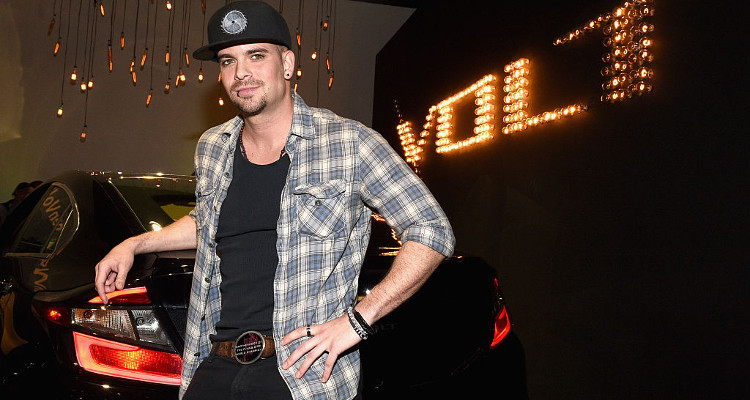 Mark Salling has pleaded guilty to receiving and possessing child pornography. Although he’s been all over the news, many people don’t seem to know much about him. So, who is Mark Salling? Keep reading to know all about him.

Mark Salling is known for his role in the television series Glee. He played the character of Noah “Puck” Puckerman. But lately, the world is hearing only about Mark Salling’s child pornography possession. He has pleaded guilty to receiving and possessing child pornography.

So, is Mark Salling gay? Well, there’s no evidence or proof on the matter yet. In fact, he’s dated quite a few women. And, it is interesting to note that some of Mark Salling’s girlfriends have accused him of sexual assault.

We’ve got more information about him, so keep reading to know all about Mark Salling’s wiki. Learn details of Mark Salling’s net worth and other aspects of his life.

Born on August 17, 1982, in Dallas, Texas, Mark Wayne Salling is an American actor, composer, singer-songwriter, and musician. He attended the Los Angeles Music Academy College of Music in Pasadena, California after graduating from high school. There, he studied guitar and later began giving guitar lessons for a living.

In 2008, Salling’s debut solo album Smoke Signals was released by Jericho Records. His rock/jazz album called Pipe Dreams was released by Pipe Dream Records in 2010. It was inspired by Herbie Hancock, Nine Inch Nails, Miles Davis and Alice in Chains.

Salling also soloed and dueted on cover versions of various songs for the television show Glee. These include, “Only the Good Die Young,” “Run Joey Run,” “Just Give Me a Reason,” “Sweet Caroline,” “Beth,” “Good Vibrations,” and “Fat Bottomed Girls.”

While shooting for Glee, Salling paid tribute to the cast by writing a song and doing a video that featured various cast and crew members. It was titled “Chillin’ on Glee.”

Mark Salling’s net worth has been estimated at $3.0 million, and he is best known for his role in the television series Glee. He has also starred in the TV movie Rocky Road.

Mark Salling’s Glee performance won him a Screen Actors Guild Awards for Outstanding Performance by an Ensemble in a Comedy Series in 2010. Salling was also nominated for the same award in 2011, 2012, and 2013. He has also been nominated for three Teen Choice Awards.

Mark Salling was forced to pay $2.7 million to a lady named Roxanne Gorzela in March 2015 to settle charges of sexual battery. He had allegedly forced Gorzela to have unprotected sex. When she confronted him, he pushed her to the ground and injured her knees. She eventually dropped the charges when the case was settled out of court.

Later on December 29, 2015, the police raided Salling’s house after being tipped off by an ex-girlfriend and discovered child pornography on his computer. Salling was arrested on the spot.

Recently, news surfaced that Mark Salling cut his wrists in an attempt to commit suicide a month and a half before he accepted the terms of his plea deal. He was rushed to the hospital immediately and is currently at a rehab facility for “psychological issues.”