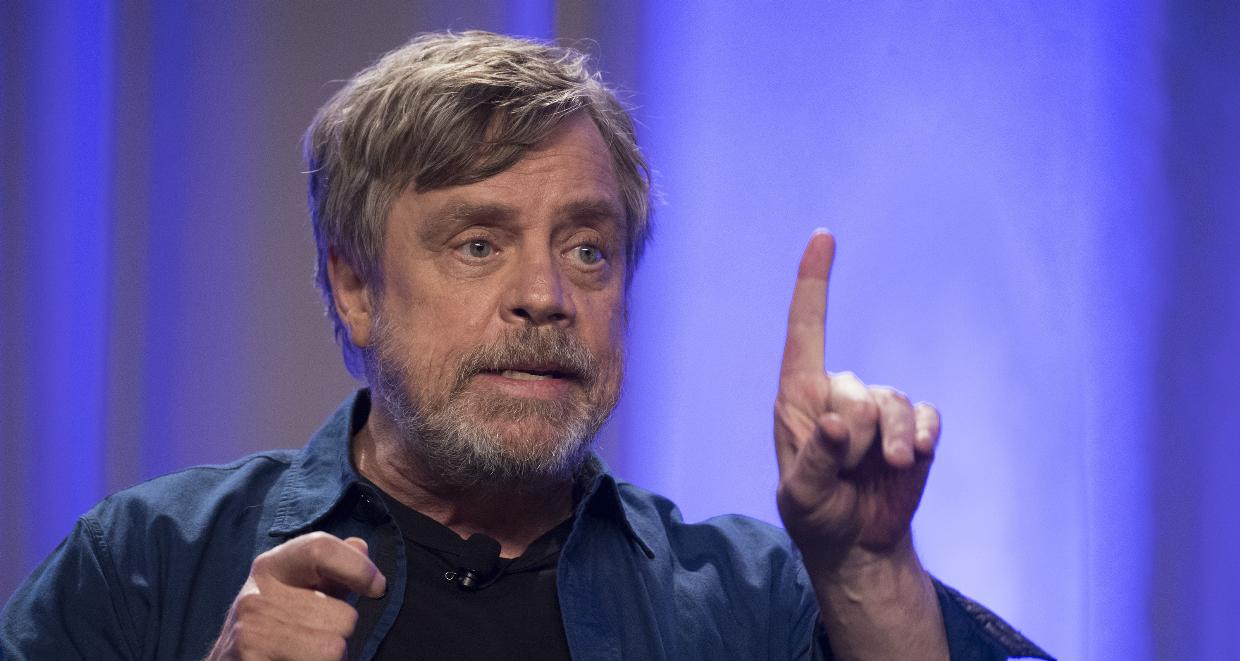 Luke Skywalker himself may have just spilled a major deet about the next Star Wars movie! Actor Mark Hamill, who shot to fame playing the young jedi in the original Star Wars trilogy and then revisited the role in the newest flick, Star Wars Episode VII: The Force Awakens, sent a cheeky Tweet to fellow co-star and heartthrob John Boyega for the latter’s birthday. But his hashtags have got fans wondering if Hamill confirmed a major casting rumor!

In a tweet that read, “Happiest of Birthdays to the Finn-tastic @JohnBoyega a swell fella who’s just sonsational in #EP8 Hmmm- Typr or spoiler? YOU decide! #Troll [sic]” Hamill seemed to have let slip that Boyega’s Finn would definitely be returning for the follow-up to the blockbuster hit.

Happiest of Birthdays to the Finn-tastic @JohnBoyega a swell fella who’s just sonsational in #EP8 Hmmm-Typo or spoiler? YOU decide! #Troll

This isn’t the first time Hamill has “leaked” info about the very top secret Star Wars movies, but it seems that most other times he was very obviously just trolling his fans. However, what if there’s some truth to some of his supposed jokes?
Do you think Mark Hamill is trolling, or do you think he really gave away a casting clue? Let us know in the comments!