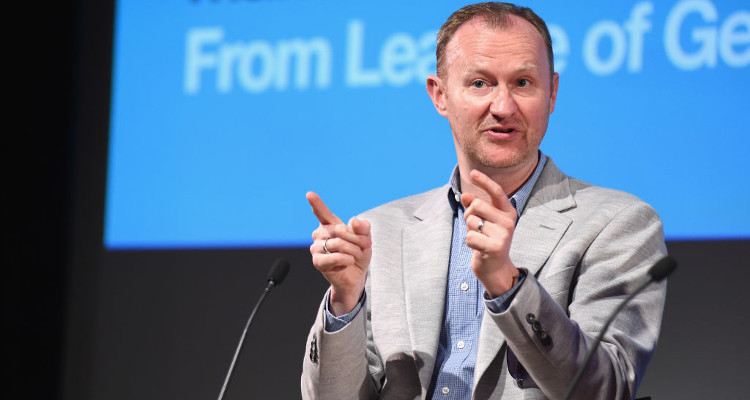 Over the last 24 years, Mark Gatiss has steadily made a name for himself as an actor and writer in the world of theater, film, and radio. His roles as Mycroft Holmes in Sherlock and Tycho Nestoris in Game of Thrones made him well known among audiences worldwide. At only 50, Gatiss has a long career ahead of him that promises to only get better.

It is a testament to his versatility as an actor that Mark Gatiss can play both Tycho Nestoris, a representative of the Iron Bank of Braavos in the HBO series Game of Thrones and Mycroft Holmes, Sherlock Holmes’ older brother, in the BBC series Sherlock, with equal ease. Only a talented, experienced, and accomplished actor of Mark Gatiss’ stature could play such diverse roles and do justice to both. Mark Gatiss is an actor, comedian, screenwriter, and novelist, who started working in 1993. Since then, his career has grown steadily, to the point where he is one of the most dependable artists in the business today. Keep reading for some details from our Mark Gatiss wiki, as well as details on some pivotal roles he’s played.

Born on October 17, 1966 in Sedgefield, County Durham, England to Winifred O’ Kane and Maurice Gatiss, Mark Gatiss’ age is 50. He was raised in a working class family, and spent his childhood watching Doctor Who and Hammer Horror produced films. He was a fan of reading Sherlock Holmes and H.G.Wells’ novels, as well as collecting fossils. Not surprisingly, he often returned to his childhood interests as an adult through different mediums. After graduating from school, Gatiss studied theater arts at Breton Arts College and later was awarded an honorary doctorate of letters by the University of Huddersfield in 2003.

Over the years, Gatiss had exemplary work in theater, radio, and film as an actor and writer. His portrayal of Mycroft Holmes, Sherlock Holmes brother, won him praise from viewers as well as critics. Not only did Gatiss act in Sherlock, he also co-created it and wrote seven episodes, earning him appreciation as a writer, too. Even though the iconic character has been seen countless times in both film and TV, Gatiss brought a fresh perspective to the series. His handling of the much-loved detective was excellent, and the series continues to receive rave reviews.

A Man of Courage

His role in HBO’s Game of Thrones as Tycho Nestoris was small compared to the other characters he’s played, but Gatiss made a mark with it. Nestoris works for the Iron Bank of Braavos and negotiates with other central characters to make a profit for the bank. Apart from his abilities as an actor and a writer, Gatiss is much admired for his honesty and straightforwardness about his personal life. He is openly gay and was featured on The Independent’s Pink List of influential gay and lesbian people in the U.K. in both 2010 and 2011. He married actor Ian Hallard in 2008 at the Middle Temple in London, and since then, the couple have made a wonderful and cozy home for themselves in North London. Gatiss is doing very well in both his professional life (where he can fulfill his childhood dreams), and his personal life (where he has found love and happiness). With his forays in multiple fields proving successful, he is on top of his game right now!