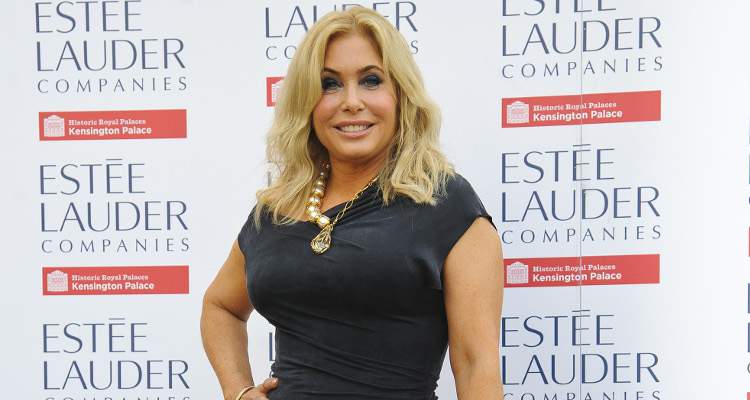 Brix Smith, former guitarist of The Fall and frontman Mark E. Smith’s ex-wife, has a lot to take in right now. After news of Mark E. Smith’s death broke, condolences have poured in for Brix Smith. Who is she? Learn all about her here.

Mark E. Smith, the lead singer of post-punk band The Fall, passed away on January 24 after a long illness. He was famous for making punk music when it had slipped out of the mainstream culture and for romancing his bandmates. Musician and style icon, Brix Smith rose to rock fame when Mark E. Smith recruited her for his band, The Fall. They married and separated but still shared a bond. Find out about the Fall’s most famous members in Brix Smith’s wiki, right here.

Born Laura Salenger in L.A., Brix’s childhood was far from ideal. In her memoir, The Rise, The Fall and The Rise, she detailed a strained relationship with her father, a Beverly Hills psychiatrist. Their tense relationship was the cause of Brix’s long battle with eating disorders.

At age six, she moved in with her mother, Lucy Salenger, who divorced her father long ago. Young Laura was introduced to the Hollywood celebrity lifestyle while living with her TV producer mother. She tagged along to her mother’s work and was babysat by Sonny and Cher.

She later moved to Chicago when her mother married political economist, Marvin Zonis. In her teens, she became addicted to drugs, was disowned by her father, and sexually assaulted.

She went to Bennington College in Vermont, where she studied theater and literature. She was attracted to British rock music and formed the band, Banda Dratsing where she played bass and vocals. She changed her name to Brix after the Clash’s song, “The Guns of Brixton.”

Legend of The Fall

Brix dropped out of school and focused on her music career when she met Mark, who was on The Fall’s American tour. As the story goes, she famously bumped into him while he was carrying two pints of beer. She writes in her book that he looked “dangerous” and she would have been better off not knowing him.

But Mark E. Smith was nothing if not charming. He wooed her and she fell in love with him. Within months, she moved to the U.K. where he was based. They married when she was 20, and she joined The Fall.

The Fall underwent several lineup changes with Mark E. Smith being the only constant. Brix was lead guitarist; she joined on their album Perverted by Language. She co-wrote songs for the band for six years and is credited for their mainstream success.

She remained with The Fall until her divorce from Smith in 1989. She rejoined the band later for their 1995 and 1996 albums.

Mark, who believed it was important to have women in the group, went on to marry two more times. He was married to Elena Poulou, who was a member of The Fall from 2002 to 2016, at the time of his death.

The Fall and The Rise

While playing with The Fall, Brix and bandmate, Simon Rogers had a side project, The Adult Net. After leaving the group, she reunited with former The Fall members, Steve and Paul Henley, to form Brix & The Extricated.

She also pursued her solo career and toured with The Bangles. She had a long-term relationship with violinist Nigel Kennedy, with whom she collaborated professionally. Dating Kennedy introduced her to the world of royalty, such as attending Princess Diana’s birthday party.

cutting and mastering with my Wingmen

She is currently married to Philip Start, a fashion entrepreneur. Together, they opened a boutique in East London called Start. Their business expanded to four locations and also online, since launching in 2002.

It was also the start of Brix’s fashion career. She appeared on British shows like Gok’s Fashion Fix, The Culture Show, LK Today‘s “What’s Hot and What’s Not” segment, and Sky 1’s Angela and Friends. The 55-year-old covered the Oscars’ red carpet as a fashion expert and hosted the first season of TLC UK’s Ultimate Shopper.

While she remains friends with Nigel Kennedy, Brix never contacted Mark E. Smith again. But with news of his death, she took to social media to express her grief. She thanked fans for their support and promised to issue an official statement soon.

I’m taking the news in right now. I will put out a statement in the morning. I hope you all understand. Thank you for your lovely messages. They mean a lot. I love you, Brix