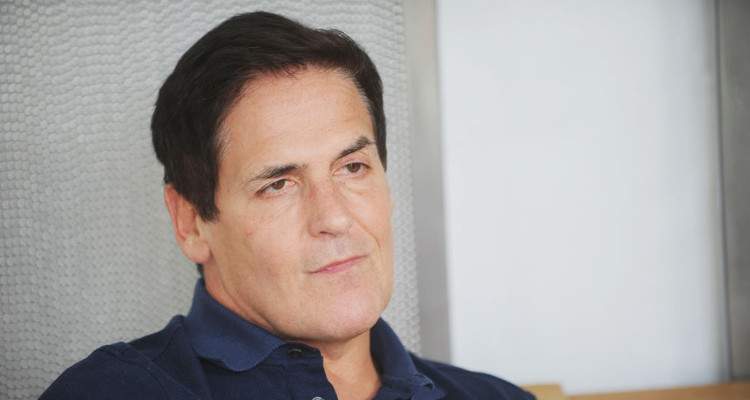 Mark Cuban showed his gift for entrepreneurship from an early age and has grown up to become one of the richest people in America. Cuban has mastered the art of investing in small companies and nurturing them to grow into huge successes. He also owns the NBA’s Dallas Mavericks, which has shown marked improvement over the years. Now, Cuban has expressed a desire to take on Donald Trump in the primaries for the 2020 presidential election! With a massive net worth of $3.3 billion, a loving family, and tons of ambition, Mark Cuban is on a highway to success right now!

When Mark Cuban says something, people listen. Who is Mark Cuban? He is an American businessman, investor, television personality, author, and philanthropist.

Cuban is the owner of the NBA basketball team, the Dallas Mavericks, chairman of AXS TV, co-owner of 2929 Entertainment, and one of the main “shark” investors on the ABC reality television series, Shark Tank.

He has also written an e-book titled How to Win at the Sport of Business, which focuses on his experiences in business and sports.

Keep reading if you want to know more about Mark Cuban’s net worth and how he made his riches!

An Entrepreneur from a Young Age

Born on July 31, 1958, in Pittsburgh, Pennsylvania, to his parents Shirley and Norton Cuban, Mark Cuban’s age is 59. His father was an automobile upholsterer while his mother had “a different job or a different career goal every other week,” according to Cuban.

Cuban began his business ventures at an early age, like the time when he was just 12 years old and sold garbage bags to buy a pair of expensive basketball shoes. And at the age of 16, Cuban took advantage of a strike at the Pittsburgh Post-Gazette by delivering newspapers from Cleveland to Pittsburgh.

Cuban enrolled at the University of Pittsburgh and worked on the side as a bartender, disco dance instructor, and a party promoter. He then transferred to Indiana University in Bloomington, Indiana, before graduating from the Kelley School of Business with a Bachelor of science degree in management in 1980.

He started several business ventures during college like opening a bar and offering disco lessons. It was obvious to Cuban himself and everybody around him that he had a gift for entrepreneurship.

Cuban moved to Dallas, Texas in 1982 to begin his business career. He first started as a salesman for Your Business Software. But after getting fired, he started his own company called MicroSolutions, which was a system integrator and software reseller. After growing the company, he sold it in 1990 to CompuServe for $6.0 million, making a profit of a cool $2.0 million after taxes.

In 1995, Cuban funded a company named AudioNet, which combined its interest in college basketball and webcasting. The company became Broadcast.com in 1998 and did innovative things like launching the first live-streamed Victoria’s Secret Fashion Show.

Cuban made a killing when his company was acquired for $5.7 billion by Yahoo! That’s when he made the “largest single e-commerce transaction” of all time back then by paying $40.0 million for his Gulfstream V jet in October 1999.

Other ventures Cuban has invested money in are Synergy Sports Technology, a web-based basketball scouting and video delivery tool; IceRocket, a search engine that searches the blogosphere for content; Red Swoosh, a company that uses peer-to-peer technology to deliver video and software to a user’s PC; and Brondell Inc., a startup that makes high-tech toilet seats.

Cuban has always had a sharp eye for innovative ideas and products, and he has also invested in companies like Goowy Media Inc., Sharesleuth.com, Bailoutsleuth.com, and Motionloft.

When you are last on the bus you get the steps

Cuban has also written several books from the 2000s onward, like the children’s book, Let’s Go, Mavs!, as well as the e-book, How to Win at the Sport of Business: If I Can Do It, You Can Do It.

In 2011, Cuban became a “shark” investor on the hit reality program, Shark Tank. And as of July 2017, he has invested a total of $19.9 million in over 85 deals. Some companies where Cuban has invested more than $1.0 million are: Ten Thirty-One Productions, Rugged Maniac Obstacle Race, and BeatBox Beverages.

Cuban also owns Magnolia Pictures, through which he has distributed films like Redacted and Loose Change.

Cuban has always loved basketball and made his dream come true by purchasing the Dallas Mavericks basketball team for $285.0 million on January 4, 2000. Since he bought the team, it’s performance has greatly improved, mainly because Cuban is a hands-on owner. He often sits with the fans wearing team jerseys.

Mark Cuban’s Net Worth Over Time

Thanks to all his business ventures, Mark Cuban’s net worth is a massive $3.3 billion! No wonder Cuban lives in a palatial house in Preston Hollow, the six-square-mile neighborhood just 10 miles north of downtown Dallas, Texas.

Mark Cuban’s house includes 10 bedrooms, a spa and sauna, a swimming pool, and five wet bars. It is 23,700 square feet and large enough for Cuban to rollerblade and play wiffle ball in! The value of Cuban’s mansion was assessed at $18.0 million as of July 2017.

The lucky person who gets to share all of Mark Cuban’s wealth is his wife, Tiffany Stewart. Cuban and Stewart married each other in a private ceremony Barbados, West Indies, in September 2002. The couple has three children.

Mark Cuban’s kids are named Alexis Sofia, Alyssa, and Jake. They live with their parents in their huge house at Preston Hollow.

A Challenge to Donald Trump

4th of July Parade about to start on #seaisland

The successful entrepreneur has now expressed his desire to join politics and serve his country. Cuban told the Fox News Channel show OBJECTified on Sunday, October 22, 2017, that he would choose the Republican Party if he decided to run for president in 2020. He said that he was ready to challenge current President Donald Trump in the primaries to make his run for the presidency. He also clarified that he has not yet made a final decision, and that a lot of work has to be done. He also had to confirm if his wife was on board with his decision. In an interview with TMZ’s Harvey Levin, Cuban said that if he feels he has solid solutions to some of America’s biggest problem, he might considering running.

The irony is that Cuban had initially supported Trump in the 2016 elections, but later his relations soured because he felt that Trump wasn’t serious about understanding the important issues the nation faces. So, he became a strong supporter of Hillary Clinton instead.

With the slow but steady trend of business leadership replacing political leadership all over the world, don’t be surprised if Mark Cuban takes the oath of office in January 2021 to become the next president of the United States of America! It might not be a bad idea’ he’s certainly good with business!