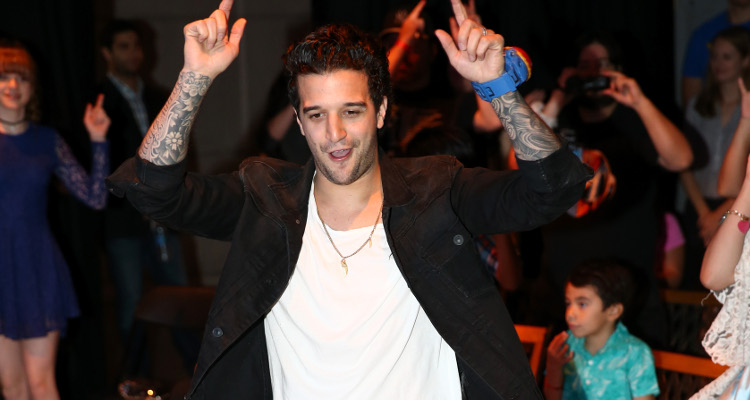 Mark Ballas is back! Tonight, he will dance with the beautiful Lindsey Stirling on Dancing with the Stars season 25. We are all in for a treat, and fans can’t wait for their performances to begin! With expectations high for this season, here’s our Mark Ballas wiki to know more about the professional dancer prior to his big return to the ballroom tonight!

Mark Ballas is back on DWTS and fans can’t wait to know what he will bring to the stage this season! Ballas Houdini’d himself for the last two seasons, and we can’t contain our excitement for his return to the show! It’s been awhile, so people might have forgotten who the dancer is. If you’re one of them, then keep reading as we have every detail you need to know about the dancer/choreographer in our Mark Ballas wiki. Learn more about Mark Ballas and Lindsey Stirling and what they will bring to the stage in Dancing with the Stars season 25!

Mark Alexander Ballas Jr. was born on May 24, 1986, in Huston, Texas to Corky and Shirley Ballas. He belongs to a family of dancers, so it was only natural for him to follow suit! Ballas has a mixed-race background, as his paternal grandparents had Mexican, Spanish, and Greek heritage, while his mother was from the U.K.

His father is a retired ballroom dancer with many accolades to his name. He has trained many of the pro dancers on DWTS, even competing alongside his son in season 7. Ballas’ grandfather was famous for inventing the ‘Weed Eater’ lawn mower.

Getting the Party Started!

Ballas began to boogie as a child and, like all rising stars, soon became a prodigy. He attended Rosemead Preparatory School in South London and went on to earn a name for himself in the world of dance. He had the opportunity to attend Italia Conti Academy of Theater Arts, also in London, and earned a full scholarship.

Throwback to when I was working on my Jazz Fusion album ????? Happy Monday everyone, be great and have a great week! ???✨?

It wasn’t long after that Ballas began getting recognized in competitions from The British Open to the World to The International Open to the World. It wasn’t all about dancing for him though; he dabbled in acting, as well! He was seen as the lead, Tony, in the musical Copacabana and was the understudy for Ritchie Valens in the U.K. national tour of Buddy, The Buddy Holly Story.

Harry Potter fans will be exited to know that Mark Ballas played a Hufflepuff student in Harry Potter and the Sorcerer’s Stone. He was also in Samatha Who and is signed on with Broadway’s Jersey Boys, until its end in 2017.

Mark Ballas’ history with DWTS is far longer than we thought. In fact, it goes all the way to his father! Corky Ballas was a trainer for DWTS pros like Karina Smirnoff and Derek Hough. It’s clear where his son gets his talent! The younger Ballas began his DWTS journey in season 5, when he was paired with Sabrina Bryan.

The pair placed seventh and though it wasn’t what Ballas expected, he only performed better in later seasons. He appeared continuously the next 17 seasons earning a big name for himself. The likes of Kim Kardashian, Bristol Palin, Kristi Yamaguchi (his winning partner in season 6), Shawn Johnson (they won season 8), Christina Milan, and a lot more have adorned the DWTS stage with Mark Ballas.

Brittany Jean Carlson met Mark Ballas around 2012 and they soon started dating. She is a singer-songwriter and actress who shares the spotlight with her husband, and knows the industry all too well. Together, they make up the musical duo, Alexander Jean. The couple got engaged in 2015, and on November 25, 2016, they tied the knot. It was a beautiful ceremony in Malibu, California.

Excited to share some of our incredible moments captured on our wedding day. CLICK LINK in my bio to view a full behind the scenes video of our lead up to the big day captured by @people Friends & family told me not to blink because it will all be over before you know it & they were right, it went so fast but it was pure whimsical magic & the best day of my life, I couldn't be happier. I love you @bcjean or should I say BC Ballas ? #MarkandBCBallas Photo by @londonlightphotography

With a dancer and choreographer marrying a musician, you can be sure that the couple’s first dance was second to none!

Many of you wanted to see a pic from our first dance. I call this move "The reach through the legs & claim what's mine" or "The grab him by the BALLAS" ? I think you can tell from our friends facial expressions what's happening on the other side.. ??? @bcjean & I weren't going to do anything elaborate for our first dance, just stand & sway maybe do a turn or 2.. but in the final few days we both felt we should add a little ?so since Argentine Tango is her favorite dance style, we made it happen & I gotta say ALL my colleagues & I couldn't get over how well my Wife did, she really killed it "with ease" & it was one of my favorite & most memorable moments from our special evening ?? #MarkandBCBallas #GrabhimbytheBallas #Mynanatthefronttho ?

A dancer of his caliber and fame is bound to have made a huge amount for himself. And, well, it’s just as expected! Mark Ballas’ net worth is estimated to be a swinging $3.0 million, and with all that DWTS fame, he’s not stopping there!