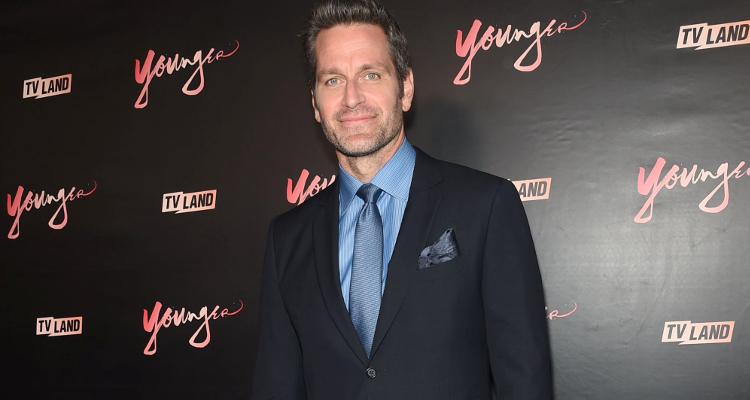 Born on August 15, 1967, in New York City, Peter Hermann’s age is 50. His family moved to Germany when he was two months old, but moved back to the United States when he was 10, where he first started to learn English, “I learned English when I got here. I think I got in right under the wire: Language patterns solidify at 10, 11, 12, so I was able to learn English fairly easily, with no accent. I didn’t do speech or vocal work to get rid of the German accent; I was just lucky.” Hermann is now fluent in four languages. Hermann graduated from Yale University, but before becoming an actor, taught ESL and was also a fact checker for Vanity Fair.

Peter Hermann’s net worth is estimated to be $10.0 million, mostly due to his thriving career in the industry as well as endorsements and sponsorships. His first role was in the soap opera, Guiding Light between 1997 and 1998. He continued to appear on TV with shows like Get Real, Law & Order: Special Victims Unit, Hope & Faith, Beautiful PeopleI Angela’s Eyes, Cashmere Mafia, A Gifted Man, and Blue Bloods. Currently, he plays Charles Brooks on TV Land’s Younger about which he said, “They’ve created, in the context, or in the format of a half-hour comedy, compelling, layered people whose layers are revealed as they interact with each other. And I think that they do that really beautifully.”

Hermann also appeared in the films Swimfan, Duane Incarnate, The Treatment, United 93, Edge of Darkness, Just Wright, Too Big to Fail, Trouble with the Curve, Philomena, and Chinese Puzzle.

Hermann had a 30-episode arch as Trevor Langan on Law & Order: Special Victims Unit where he met his future wife, Mariska Hargitay. “I was tingly and jittery and different and excited and nervous and alive,” Hargitay revealed. A few months later, Hermann suggested they go to church after a discussion about religion, to which Hargitay later said, “I just about passed out when I saw him there, I thought, ‘That’s my husband.'”

The two dated for a bit and tied the knot on August 28, 2004, in Santa Barbara, California. Hargitay looked breathtakingly stunning in a Carolina Herrera gown. Their reception was attended by 200 guests at a Montecito estate.

Hermann and Hargitay welcomed baby boy, August Miklos Friedrich Hermann on June 28, 2006. In April 2011, the couple adopted Amaya Josephine. “I’m deliriously happy, from the minute she was born, she was just surprisingly alert and so full of love.” Hargitay said about her daughter, “We were considering both international and domestic adoption and we’re thrilled that this is the way our prayers were answered.” She further added, “We talked a lot about mixed-race adoptions, and we are very excited that we are now a multi-racial family. We’re just so happy she’s here.” Six months later, the pair adopted a baby boy, Andrew Nicolas Hargitay Hermann. According to sources, “He was a preemie, he and Amaya are just a few months apart.” The source continued, “Their hearts were so opened by the [first] adoption, so they couldn’t imagine NOT taking the opportunity to bring another baby into the family.”

Peter Hermann and Mariska Hargitay truly have a wonderful family, but try to keep their children away from the limelight as much as possible.