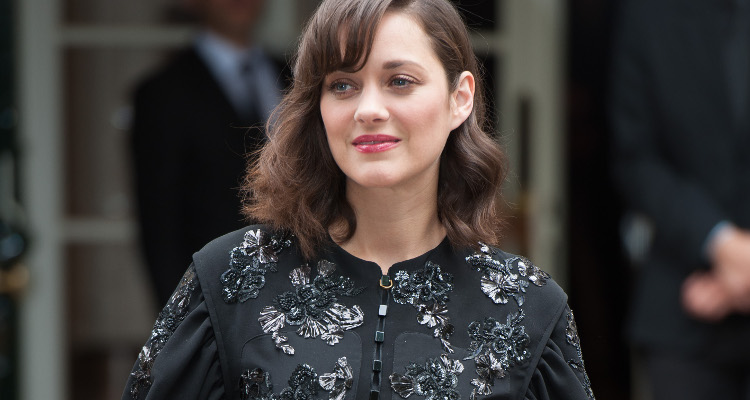 Marion Cotillard is a French actress, singer-songwriter, environmentalist and a spokesperson for Greenpeace, as you can see from the Marion Cotillard wiki page on the net. Right now, she is in the news for her alleged role in the Angelina Jolie-Brad Pitt divorce. Rumors of an affair better Marion Cotillard and Brad Pitt have been circulating in Hollywood for a while now. People are shocked and saddened that Hollywood’s most famous couple is heading towards a split, barely two years after their marriage. People thought that this was one marriage that would go the distance!

A Family of Artists

Cotillard was born in Paris, France on September 30, 1975, making Cotillard’s age exactly 41 years old. Cotillard describes her childhood as having been spent in an “artistically inclined, bustling, creative household.” Her father, Jean-Claude, is an actor, teacher, former mime and an award winning director. Her mother, Niseema Theillaud, is an actress and drama teacher. She has two younger brothers [twins], one of whom is a screenwriter and director. Cotillard started acting at a young age, when she used to act in her father’s plays.

Cotillard started her career by acting in theater and in TV series like Highlander, but her career really didn’t take off until the mid ’90s. She acted in small but noticeable films like My Sex Life…or How I Got Into an Argument and La Belle Verte. After starring in her first leading role in the TV movie Chloe, Cotillard acted in films like Taxi, it’s two sequels, Furia, War in the Highlands and the highly acclaimed film, Pretty Things.

Then Cotillard made her inevitable move to Hollywood in 2003. She had a major role in Tim Burton’s, Big Fish, where she held her own against a set of established actors. She still managed to act in the French romantic comedy, Love Me If You Dare, which was a big box-office hit in France. Since then, Cotillard has acted in a judicious mix of English and French films, the common denominator being her authentic, meaty roles in each film. She acted in movies such as A Very Long Engagement, Innocence, Cavalcade, Mary, The Black Box, Love Is in the Air and Burnt Out.

Then came her breakthrough movie, La Vie en Rose, for which she won the Oscar award, a Golden Globe and the Cesar award for best actress. She played the real life French singer, Edith Piaf, bringing both authenticity and credibility to her role. Cotillard has won 27 awards worldwide for her fantastic acting in this movie. It was the first time an Oscar had been given for a French-language role.

After this, Cotillard has become a regular in Hollywood. She has acted in movies such as Public Enemies, Nine, Inception, Midnight in Paris, Contagion, The Dark Night Rises, The Immigrant, Blood Ties and Macbeth. Cotillard is one of those rare actresses who have managed to act in both small, realistic, character driven films as well as big blockbusters. So far, Cotillard’s films have garnered more that $3.0 billion at the box-office worldwide!

Happy with her Husband

Now she is in the news for her supposed romance with actor, Brad Pitt. Ever since Angelina Jolie has filed for divorce from Pitt, the rumor mills are working overtime, claiming that Cotillard is the real reason behind this split. Cotillard herself denies these allegations. In an Instagram post, she has said that there is no truth in these allegations. She said that she has already met the man of her dreams many years ago. She has confirmed that he is her love and best friend, and is the only one she needs. Marion Cotillard’s husband, Guillaume Canet has maintained a dignified silence on this matter. In fact, he and Cotillard are busy expecting their second child!

European actors often find it difficult to work in Hollywood, but Cotillard seems to have no problems. She has seemed to find a balance between her work in Europe and her engagements in Hollywood, thereby getting the best of both worlds. Cotillard is a great actress, talented singer and a dedicated environmentalist. While most people simply gape at her achievements, Cotillard is busy setting new standards in acting and professionalism. Cotillard is certainly a busy woman!