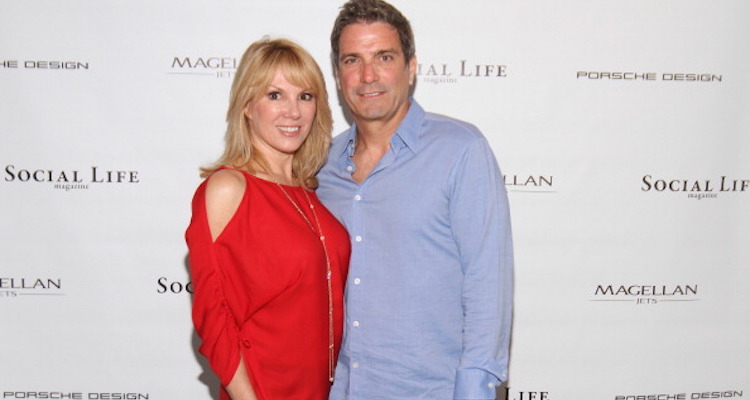 Things got a little out of hand on Wednesday’s episode of The Real Housewives of New York City—but a trip to Mexico and tequila can do that to you. After Sonja Morgan’s rant to Ramona Singer, fans want to know more about Ramona Singer’s husband. Now everyone wants to know how the Ramona Singer and Mario Singer love story ended and why Sonja lashed out.

Who Is Ramona Singer Married To?

Mario Singer’s age is 63, and he was born in 1954 in Southampton, New York. Mario Singer’s net worth is estimated to be $18.0 million and he’s a wealthy entrepreneur. He’s vice president of Classic Medallics (which manufactures trophies, awards, and religious jewelry) and Frederick Singer & Sons.

After more than 20 years of marriage, Ramona, 60, filed for divorce in 2014 when she found out Mario was cheating with a mistress in her 30s, Kasey Dexter.

“I left him a note saying, ‘Please don’t come to the house in the Hamptons, and please get an apartment. I don’t want to see you anymore.’ And that was it,” Ramona said to OK magazine.

She also followed up on finalizing her divorce with E! News saying, “We signed off on a divorce agreement last September. Unfortunately, it took the judge over a year to sign off on it due to paperwork glitches. I found out yesterday from my attorney, who sent it to me along with a keychain that says, ‘The divorce is final.'”

Mario Singer’s kid with Ramona is their 22-year-old daughter, Avery Singer. She recently graduated from the University of Virginia and, despite her father’s infidelity, she’s still close with him and posted pics of them together on her Instagram, which helps because Mario Singer’s Instagram doesn’t exist.

His Ex-Wife Forgave Him

It’s hard to forgive when someone you trust unconditionally hurts you, but Ramona managed to put the past behind her and move on.

She went further and talked about her dream guy, saying that he “would be someone who is not threatened by me” Ramona added, “I would need someone who is very bright because I feel I’m very intelligent, someone who has children in college or older, someone who has a great sense of humor and doesn’t take anything too seriously.”

While in Mexico, Sonja had one too many and decided to use that time to tell Ramona why she’s so miserable.

“I want you to admit you’re not happy like you say,” a tipsy Sonja said to Ramona.

She continued: “Showing off and saying, ‘I have this guy and that guy’ doesn’t make us think she’s happy. That house of hers in the Hamptons? The walls are paper thin… [and] her and Mario had sex every night. She was happy in that marriage cause when that woman’s getting banged, she’s happy.”

Sonja went even further and told Ramona that not having enough sex like she did with Mario has changed her.

“You were having great sex every night. You were so happy,” Sonja told Ramona at the episode’s end. “Of course you had your quirks — you’re not perfect. And now you said you’re happy and you’re happy without Mario? I don’t believe it. You don’t go from getting banged every night to getting nothing.”

The Real Housewives of New York City airs on Wednesdays at 9:00 p.m. EST on Bravo.