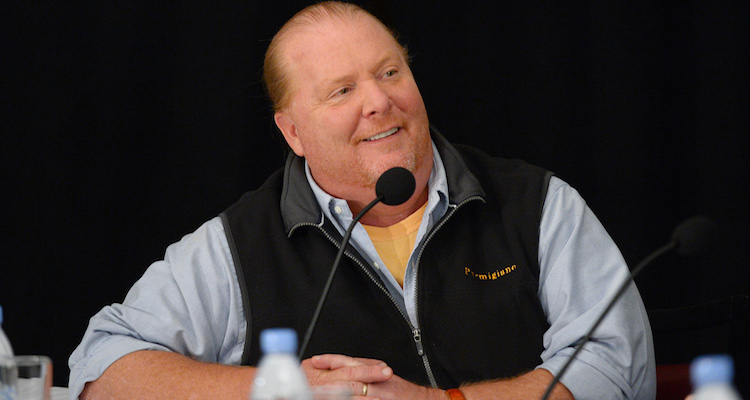 Celebrity chef Mario Batali of The Chew has been accused of sexual harassment, and many want to know more. How could this affect Mario Batali’s net worth, and who accused him? We have what you need to know with our Mario Batali wiki.

Who is Mario Batali?

Mario Batali’s wife since 1994 is Susie Cahn, and the celebrity chef was born on September 19, 1960 in Seattle, Washington. He starred on The Chew and Iron Chef and is also an author. Mario Batali’s restaurants include: Lupa, Babbo Ristorante Enoteca, Esca, and Pó. His net worth is estimated at $25.0 million due to all of his restaurants, books, and TV shows.

Batali’s Twitter and Instagram are the best ways to reach the 57-year-old chef and he had 548k followers on Instagram. Since the allegations, many have commented on his part in the scandal.

“Is everyone forgetting OUR President Of These United States is accused of 13 counts of sexual assault and misconduct !! Leave Chef Batali ALONE!! For F—s sake – no pun intended [sic]”

Another comment read: “What???? You have broken my heart! Is there absolutely no ‘men in power’ that we can trust? I’m absolutely gutted!”

In a story by online food publication, Eater New York, multiple women anonymously claimed that the celebrity chef sexually harassed them by groping their breasts and buttocks.

“I apologize to the people I have mistreated and hurt. Although the identities of most of the individuals mentioned in these stories have not been revealed to me, much of the behavior described does, in fact, match up with ways I have acted,” Batali said in a statement. “That behavior was wrong and there are no excuses. I take full responsibility and am deeply sorry for any pain, humiliation or discomfort I have caused to my peers, employees, customers, friends and family.”

In the midst of the allegations, Batali & Bastianich Hospitality Group confirmed that Batali would no longer be affiliated with the company.

“We take these allegations very seriously,” B&B Hospitality Group said in a statement. “We pride ourselves on being a workplace for our employees where they can grow and deliver great service with equal opportunity and free from any discrimination. We have strong policies and practices in place that address sexual harassment. We train employees in these policies and we enforce them, up to and including termination.”

In the wake of the #MeToo movement, women in the entertainment industry and beyond are coming forward with their stories and naming those that have wronged them.

Joe Bastianich (Batali’s business partner) said in a statement, “Right now, I’m just focused on ensuring that our more than 1,000 employees continue to have a safe and positive work environment.” An ABC spokesperson said in a statement, “ABC takes matters like this very seriously as we are committed to a safe work environment. While we are unaware of any type of inappropriate behavior involving him and anyone affiliated with the show, we will swiftly address any alleged violations of our standards of conduct.”

Batali has stepped down, effective immediately, and the Food Network has suspended airing any of his shows.