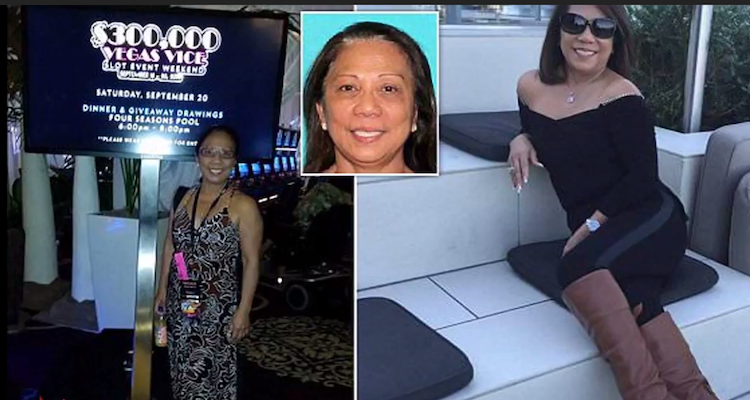 Local police reported Monday that 50 people were found dead at a Jason Aldean concert, and roughly 200 were injured and brought to hospital. At least 22,000 people were at the concert and there are videos online showing hundreds of people fleeing as the gunfire went off. According to Las Vegas police, the “lone wolf” has been identified as 64-year-old Stephen Paddock and according to Paddock’s brother, Eric, she’s the shooter’s girlfriend.

At the time, Associated Press said: “A Nevada sheriff says one on-duty officer is in critical condition and another was wounded in the Las Vegas concert shooting that left more than 20 people dead. Clark County Sheriff Joseph Lombardo says two off-duty officers have died.”

Who Is Marilou Danley?

Marilou Danley of Nevada is 62 years old and has been described as Asian, 4’11”, with dark hair and weighs approximately 111- lbs. According to reports, she lived in a three-year-old, two-bedroom home, in the desert community of Mesquite, 80 miles from Las Vegas, near the Arizona state border. She is a mother and grandmother as well as a former High-Limit Casino hostess.

Where Was She During the Shooting?

During the shooting at the Mandalay Bay Hotel, Danley was out of the country and has since been eliminated as a suspect. Local police have already released her sometime after she was reported as a person of interest.

Danley’s Facebook has reportedly been deleted but she had pictures of herself and Paddock together on her account. She had the usual photos of her trips and family, but most likely wanted to avoid the attention after the recent shooting and her alleged connection to it. Danley has reportedly been found “out of the country” and after questioning, was cleared of being involved with the shooting.

At this time, police have still confirmed Paddock to be the prime suspect and said that he was working alone. He had more than 10 rifles in his hotel room and opened fire sometime after the concert started. The incident has been regarded as the deadliest shooting in modern U.S. history and the investigation is ongoing. President Donald Trump took to social media to convey his deepest sympathies to the victims.

“My warmest condolences and sympathies to the victims and families of the terrible Las Vegas shooting. God bless you!”