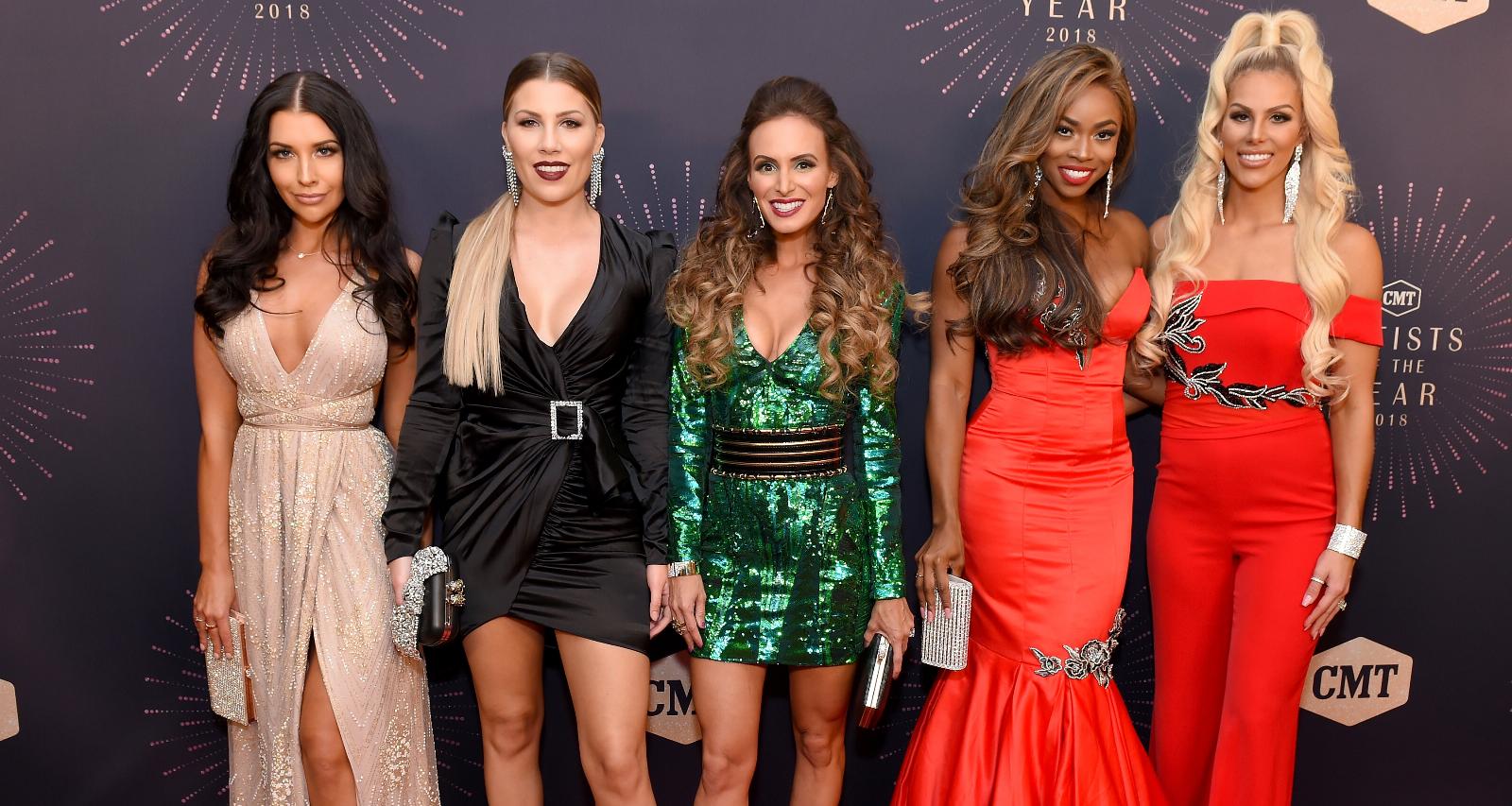 Racing Wives will give us a peek into the lives of the women behind the racing circuit when it premieres on CMT on January 3, 2019. Ashley Busch, Samantha Busch, Whitney Dillon, and Mariel Lane are all excited for the premiere of the show. But we’re guessing Mariel Lane will be occupied with other amazing things during the premiere. Our Mariel Lane wiki elaborates on the Monster Energy Girl’s journey to NASCAR.

The cast of Racing Wives stars Ashley and Samantha Busch, the wives of racing brothers Kurt and Kyle Bush respectively, as well as Whitney Dillon, a former Monster Energy Girl married to Austin Dillon. The show will delve not only into the lives of the women married to NASCAR stars, but also into those of Monster Energy Girls like Mariel Lane who keep NASCAR audiences pumped up.

Mariel Angelique Lane, born on June 20, 1991, is 27 years old. She hails from Memphis, Tennessee, where she and her brother were raised by her father, Michael Lane and her mother, Victoria Lane.

She became famous as a dancer and model and was invited to perform at the 2008 Orange Bowl in Canada.

Both Mariel and Whitney would go on to become Monster Energy Girls for NASCAR. Lane has since settled in Lexington, North Carolina, where all the other Racing Wives and their families are based.

Monster Energy Girls bring the glamour to the racing circuit. And Mariel is a longtime NASCAR fan, so she understands that there are NASCAR fans of all kinds, including those who wave Confederate flags.

She Commented on the Confederate Flag Debate Surrounding NASCAR

Confederate flags are not uncommon in the world of NASCAR. But in recent years, NASCAR has sought to separate itself from the infamous flag in efforts to “create an all-inclusive, even more welcoming atmosphere” at racing events.

As the debate about whether NASCAR should or shouldn’t ban Confederate flags from the game raged on, the spotlight fell on Mariel Lane, a black Monster Energy Girl. While she admitted she was initially “startled and nervous” by the Confederate flags, she eventually was able to look past them and connect with NASCAR fans who share her love for the sport.

“But I guess since there’s not as much of a presence of minorities, it’s not something that people have to think about as often,” Lane said. “Once you start working in the sport, you train yourself to push it out. And NASCAR is something I’ve grown to love and even the fans and people that are part of it.”

She also believes the Confederate flag is not always racial symbol and is often a “Southern pride thing” among NASCAR fans. Because of that belief, she refuses to put everyone who waves the flag into the “racist” category.

She Is a Pageant Girl

While she was an NFL cheerleader, Lane accomplished big things in the pageantry world. Her mother and aunt were pageant queens and she followed in their footsteps.

Her “Beauty with a Purpose” cause was to raise awareness about sex trafficking and also fight bullying. She recorded 600 hours of community service, education, and leadership skills, goodwill to others, and commitment to ethical and moral conduct.

For her work, Lane was awarded the Outstanding Young Woman of Memphis by The Memphis Women’s Magazine. She also received a lifetime appointment in the World Universe Ambassador National Honor Society.

She Is Best Friends with Whitney Dillon

Whitney Dillon (formerly Whitney Ward) and Mariel Lane went from cheerleaders to Monster Energy Girls and have remained the best of friends. They were roommates before Dillon tied the knot with Austin Dillon in 2017.

Together, they created their lifestyle brand, Whit and Mariel, which turned them into social media celebrities. They now write about fashion, beauty, and fitness on their site, Thebffblog. They also advocate anti-bullying on their blog.

She Worked for Dell

Lane’s a dancer, model, pageant queen, and now reality star, but a few years ago, she had a different career trajectory.

She graduated from Bolton High School in 2009, where she studied public relations and image management. She would later attend Middle Tennessee State University, where she acquired a bachelors degree in communication and media studies. She minored in business administration, speech theater, and ballet.

Lane taught English For Specific Purposes (ESP) in the Murfreesboro, Tennessee school system. She went on to join Harlem’s Fashion Row New York in Memphis as a PR intern. While involved in cheerleading and pageantry, she was working marketing and promotions for the Mid-South Marine Corps organization, Toys for Tots.

Mariel Lane is technically not a Racing Wife, but she’s popular in the racing circuit and is going to be a wife soon. The model is engaged to Paul Swan, a tire carrier on Austin Dillon’s pit crew.

Happy 27th Birthday and 2 Year Anniversary to the most amazing woman in the World! Grateful to have found my partner in life to make amazing memories with. You are one of the most caring people I’ve ever met and you truly make me a better person everyday of my life! I can’t wait to see what our future has in store, I love you!??? #TheQueen #SheLovesTickets

Swan and Lane reside not far from the Dillons’ residence, which is actually a former home of Austin’s that was bought by Swan. Swan stops by Austin’s new home often to record videos for their YouTube channel.

Mariel and her beau celebrated two years together on Lane’s 27th birthday. Swan popped the question to her in a surprise proposal at the 2017 NASCAR Awards Banquet in Las Vegas, with the help of Whitney and Austin.

Whitney is serving as Mariel’s matron of honor and she’s pulled out all the stops for Lane’s bridal shower and bachelorette parties. They’ve blogged about the days leading up to the happy couple’s wedding on their website.

Mariel Lane and Paul Swan will tie the knot on January 5, 2019, at Childress Vineyards in Lexington, the estate owned by Austin’s grandfather, Richard Childress. Austin and Whitney got married there, too.

With a wedding to get to, Mariel and Whitney may be too busy to watch the premiere of Racing Wives on January 3 on CMT. Perhaps a viewing party with the bridal entourage, then?