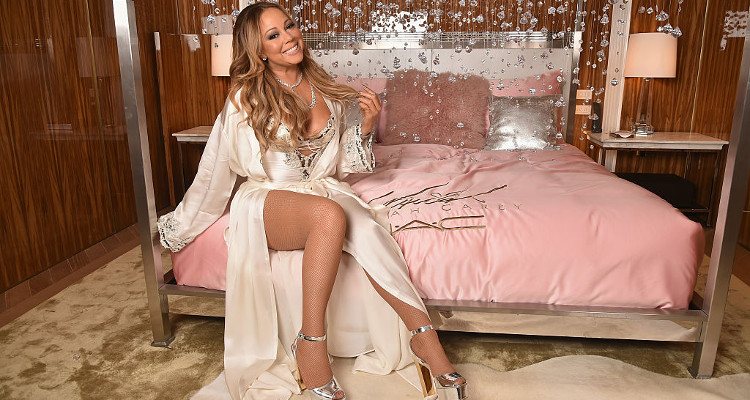 Mariah Carey performed her latest single “I Don’t” featuring rapper YG on Jimmy Kimmel Live. This was her first performance since her New Year’s Eve debacle.

Mariah Carey announced that she would be coming on Jimmy Kimmel Live to promote her latest single, “I Don’t” ft. YG. She posted several photos and a small video on her Instagram to give a glimpse of her performance on the show. 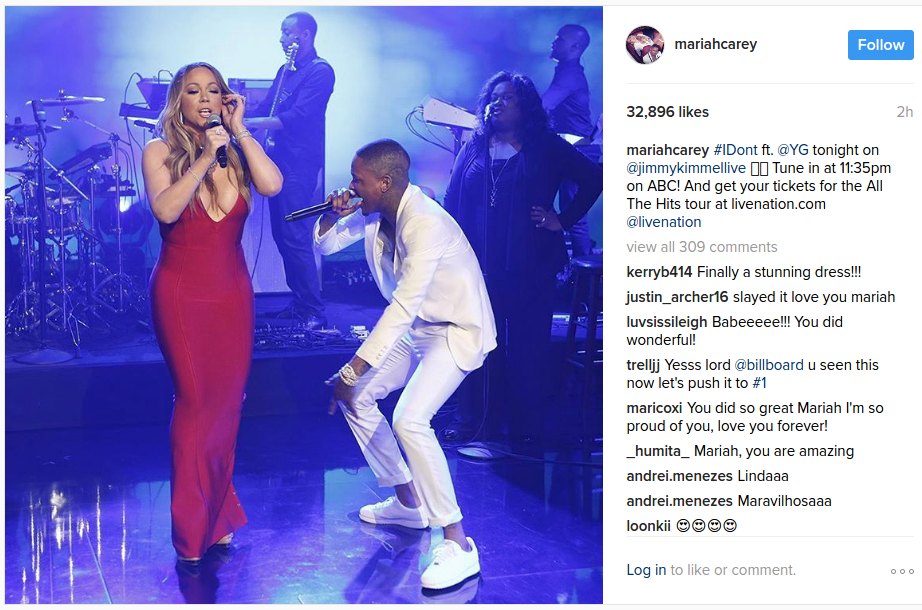 The two performed “I Don’t” on Jimmy Kimmel Live, and Mariah Carey wore a red, skin tight dress showing off her ample assets and curvaceous figure. YG wore a white suit and paired it up with white sneakers. It looks like her performance went smoothly, without any technical errors.

“I Don’t” was written by Mariah Carey and was premiered during an episode of her E! Docuseries, Mariah’s World. The hit is reportedly Mariah Carey’s breakup song to former fiancé, James Packer. 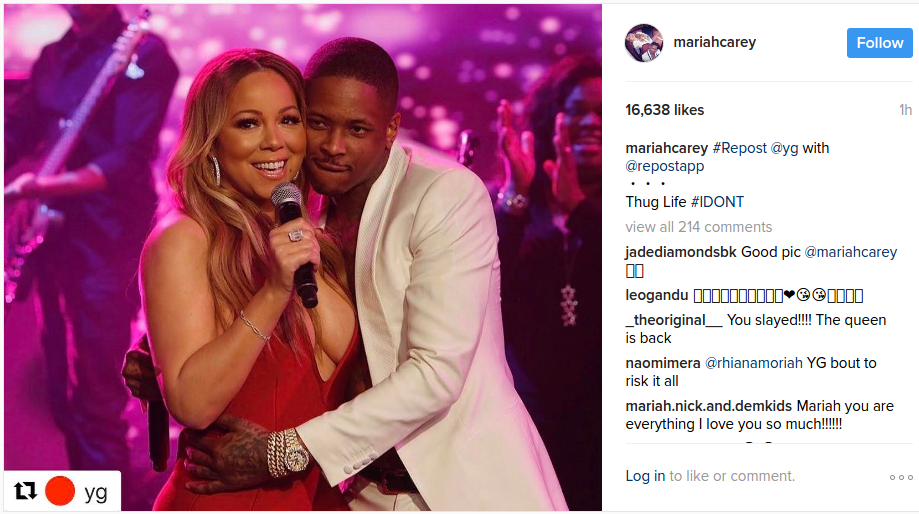 Mariah Carey is also occupied with preparations for her upcoming “All the Hits” tour with Lionel Richie. They will kick it off on March 15, 2017, at the Royal Farms Arena in Baltimore and will end on May 27, 2017 at the BB&T Center in Fort Lauderdale. Ticket sales began on December 17, 2016 through Live Nation and are still available.