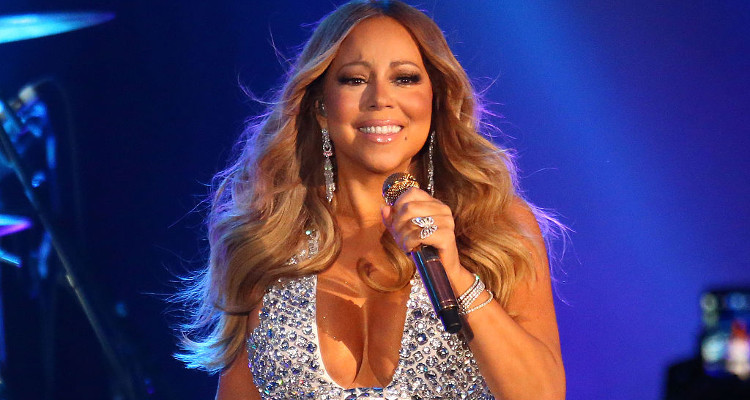 While Mariah Carey’s twins, Monroe and Moroccan, enjoyed a day out with their dad Nick Cannon, the soul queen spent her time shopping- sans current beau James Packer though! The 45-year-old singer posted a photo of new heels and vaguely wrote in the caption, “Shoecide. @myfabolouslife [sic].”

The shoes did look absolutely fabulous, but fans assumed that the caption meant something else! A Facebook user wrote, “Mariah Carey new song with rapper Fabolous coming around? New single coming soon??? I can’t wait [sic].” If that’s the case then neither can we! However, this remains merely a fan speculation as the “Hero” hitmaker is rumored to go behind the lens to produce 3 films for America’s Lifetime Network.

The blonde beauty first project was Hallmark’s A Christmas Melody that released last December and starred Lacey Chabert of Mean Girls. There is also news that Jennifer Love Hewitt has been roped in as well by Lifetime for three more direct-to-TV movies.

Meanwhile, Carey’s calendar for the first half of this year is already looking packed, what with the European leg of her Sweet Sweet Fantasy 2016 Tour beginning in March and ending in May. What’s more, the month of February will be dedicated to her Vegas residency. But the mother of two is already on the move as she earlier shared a photo of herself traveling in a plane. In the caption she joked, “Flying high again… Duhhh It’s a song [sic].”