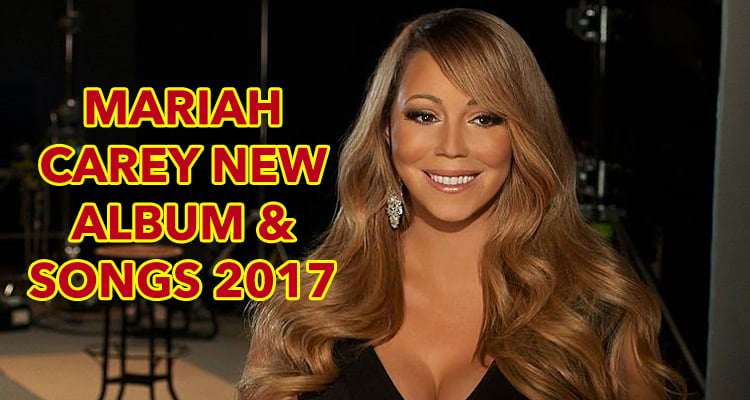 Mariah Carey started off 2017 as the first viral meme of the year. But she’s putting the debacle behind her and making a comeback with a new album.

It’s been awhile since we heard some new music from Mariah Carey. But the diva was never absent from the news. Her relationships never failed to make headlines, and she has been performing in front of packed audiences in Las Vegas and Europe. She’s also the star of her own docu-series on E! called Mariah’s World. Carey started this year with a lip-sync fiasco, and is now putting it all behind her with a new song releasing in 2017. Her Lambs have more reason to rejoice because Carey gave a snippet of her new song and unveiled a sexy cover art to go with it. Mimi was spotted in the studio, sparking speculation of whether the “We Belong Together” singer is recording a new album for 2017. We’re sure you’re eager to know more about Carey’s upcoming music, so we’ve got everything you need to know about Mariah Carey’s upcoming new songs in 2017.

Mariah Carey Has a New Song!

The last time Mariah Carey produced some new music was back in 2014 with Me. I Am Mariah… The Elusive Chanteuse. Since then, Carey has been through a lot. She and Nick Cannon  divorced, and Carey began dating Australian billionaire James Packer. The couple were engaged and soon broke up in what was described as a bitter split. After ending things with Packer, Carey began dating her backup dancer, Bryan Tanaka.

Carey starred in her own docu-series,  Mariah’s World. The series followed Carey through her “The Sweet Sweet Fantasy Tour” around Europe and her wedding preparations with Packer. The final episode showed Mariah Carey, her twins Moroccan and Monroe, and ex-husband Nick Cannon celebrating their children’s birthday. She was also having trouble setting a wedding date, as she was getting closer to Tanaka who questioned her willingness to marry Packer.

The season finale aired on January 29, 2017, with some great news for Lambs. Mariah Carey shared a sneak peek of her new song, “I Don’t” during the season finale of Mariah’s World making fans go wild with excitement.

“I Don’t” is a breakup ballad Carey recorded when her engagement with James Packer ended. “‘Cause when you love someone, you just don’t treat them bad, you messed up all we had. Probably think I’m coming back, but I don’t, I don’t,” Carey sings in “I Don’t.”

Discussing the breakup with Packer during her docu-series, Mimi said that she had more time to process her feelings since she wrapped up her tour and was ready to get back to the studio. “I started writing a song to express what I’ve been going through. And if you’re not getting the love that you need from someone that you’re supposed to be in a real relationship with, then why remain in that situation?”

At the end of the episode, she took off on vacation to Maui with her dancer beau. Tanaka and Carey shared an intimate moment on the season finale raising suspense for the next season of Mariah’s World. Carey’s new single “I Don’t” will release this Friday, February 3.

Mimi is showing Packer what he’s  missing with the sexy cover art to go with her new single. Carey revealed the cover art on her Instagram on February 1.

The cover features Carey in a white lacey top, riding in the backseat of a car driven by YG. She also teased pictures from the music video where she has two other sexy ensembles. Needless to say, Lambs are excited about her new single, and are waiting for her new album to come out. Now that she’s focusing more on writing songs, a new Mariah Carey album may not be that farfetched.

Carey also hit the studio with Travis Scott and DJ Khaled to collaborate Khaled’s upcoming album. She is also hitting the road with Lionel Richie for their All The Hits Tour starting in March 2017.