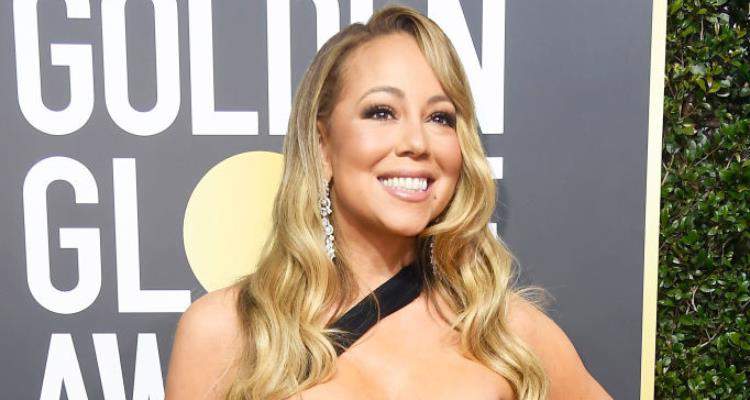 Carey may have arrived at the Golden Globes with actress Sharon Stone but some think she may have left with Nick Jonas! Why all the gossip and speculation? It all has to do with a certain photo of Carey and Jonas together at a Golden Globes after party. The stars were sitting close together (the way a couple would) and the Internet lost its mind from there.

Jonas has been linked to older women in Hollywood before, including Kate Hudson, Demi Moore, and Australian singer Delta Goodrem. Carey (who has been married three times) was married to Nick Cannon, 37, with whom she had two children.

“I never thought I would have babies with someone and then get divorced. Like, ‘Oh, great job. Repeat your past,'” she told Glamour UK about the divorce.

She added: “We would like for it [their pre-nuptial agreement] not to be a big thing, but the reality is it has to be. Because there’s things that are specifically mine, and he’s got huge friggin’ conglomerate stuff and I’m not looking to take that from him. So it has to be dealt with. Anytime you get married to somebody [it does] – and I should know. This’ll be marriage number three. My bishop said to me, ‘I don’t want you to go Elizabeth Taylor on me!’ I said, ‘I’m not’ – and then I said ‘Bye.'”

She also ended her engagement to Australian billionaire James Packer, 50, and kept the ring! According to reports, he wants the ring back like the desert wants water, but Carey doesn’t seem bothered! Is the Mariah’s World star dating Jonas? No, but fans everywhere were apparently all for it!

Since Carey and Jonas aren’t the latest power couple after all, but many are still wondering who the “Infinity” singer is seeing. As it turns out, she’s still dating her on-again-off-again boyfriend, choreographer Bryan Tanaka, 34. As you may already know, he started off as her backup dancer and the pair have been linked professionally for a decade.

“Something connected with us back in the day and there was just a mutual admiration,” Tanaka told E! News about his early days with the singer. “She saw something in me that I actually didn’t recognize at first, from that it was over. It was set in history that we were gonna be connected some way, some how.”

Tanaka and Carey (wearing her busty, black Dolce & Gabbana dress) were seen on the red carpet together this past weekend at the Golden Globes after party. And according to reports, they were kissing and being flirtatious! Tanaka’s Instagram account also shows them spending New Year’s Eve together and were also rehearsing for Carey’s performance in Times Square.

So, while it looks like Jonas is single, Carey is already spoken for, which means fans will have to find a new Hollywood power couple!