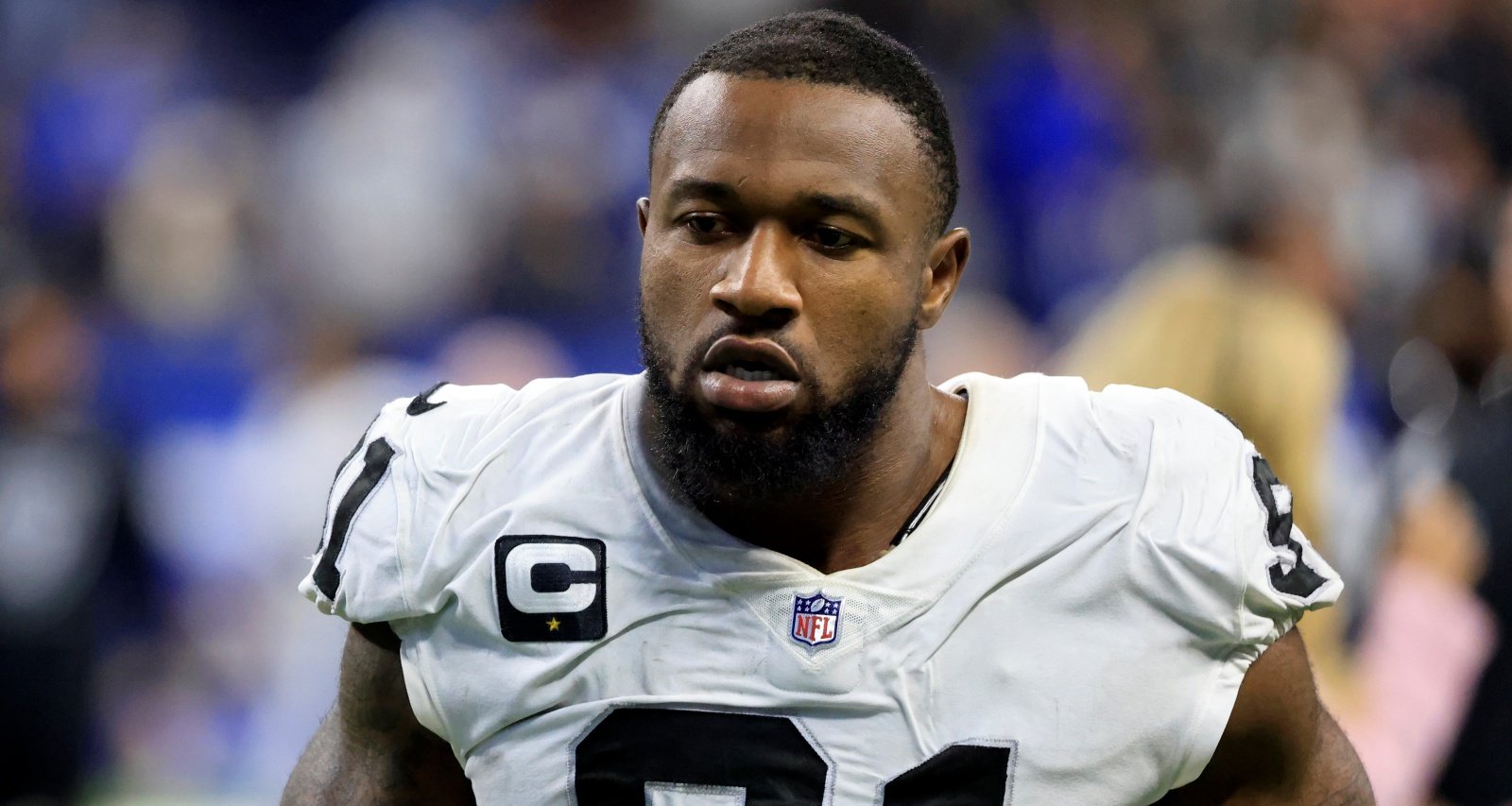 Yannick Ngakoue #91 of the Las Vegas Raiders walks off the field after a win over the Indianapolis Colts at Lucas Oil Stadium on January 02, 2022 in Indianapolis, Indiana. (Photo by Justin Casterline/Getty Images)

Yannick Ngakoue bounced between NFL teams before signing with the Indianapolis Colts this 2022 season. Not only does the franchise have a new defensive end, but now they also have a new WAG! Yannick Ngakoue’s girlfriend, Maria Perez, already had a huge following online before going public with their relationship in April. A Spanish and English weather anchor, she is best known for her work at Telemundo. However, she left shortly after Ngakoue was traded to the Colts. Now the team’s fans are eager to learn more about the new DE’s girlfriend. So we reveal her background in this Maria Perez wiki.

Maria Imelda Perez was born on July 20, 1993, and hails from Mission, Texas. She is of Mexican descent.

Maria is one of two children born to Marucha Perez and her husband. Her mother is a native of Santa Rosalía, a village in Tamaulipas, Mexico, and currently lives in Texas with her husband. Maria’s brother, Armando Perez, also lives in Texas.

Maria Perez attended South Texas College from 2011 to 2012. She earned her associate degree in patient care and became a certified nursing assistant.

In 2012, she enrolled at the University of Texas Rio Grande Valley. She received her associate degree in broadcast journalism in 2016.

Perez began her broadcasting career in 2015. Proficient in English and Spanish, she is a bilingual weather anchor.

Perez first worked as a bilingual weather anchor in McAllen, Texas, at Entravision Communications at KNVO (Fox) and KTFV-CA (Univision) before joining KTLM Telemundo McAllen. In 2021, she moved to Las Vegas, Nevada, where she served as a weather forecaster at Telemundo Las Vegas. Her work has earned her two Emmy wins.

As of April, Perez is no longer with Telemundo Las Vegas. Her current work status is unknown.

Perez is also an entrepreneur. She is the proud owner of Malux Wear, a size-inclusive online boutique.

Yannick Ngakoue’s romantic life has long been the subject of speculation since his career began. He’s been romantically linked to a few people, but there’s no confirmation of his relationships. Maria Perez’s relationship history has also been elusive to her followers.

In March 2021, the defensive end signed with the Las Vegas Raiders. He was traded to the Indianapolis Colts in March 2022.

The following month, Ngakoue made his current relationship Instagram official with Maria Perez. The weatherwoman also confirmed to her social media followers they are dating.

Not long after, Perez announced she had left Telemundo Las Vegas. Her latest Instagram posts reveal that she is vacationing it up in Florida! It’s unclear if she has a job lined up in Indianapolis, but the Colts community is already ecstatic and welcome this WAG.