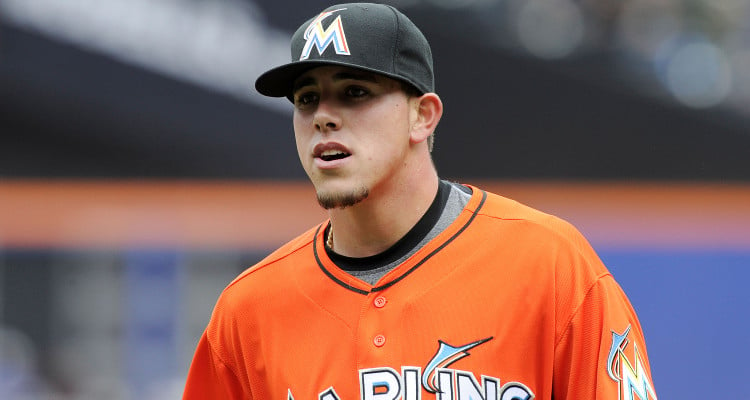 Miami Marlins’ pitcher, Jose Fernandez died in a tragic boat accident in Florida on Sunday. According to sources, Fernandez died around 3:30 a.m. Sunday morning after his boat collided with rocks on Miami Beach. It has been said that the boat overturned at South Pointe Park Pier’s Jetty. Along with Fernandez, two other men on the boat also died.

Earlier, people speculated that Jose’s ex-fiancee was expecting his child, but the rumors were shut down by Carla Mendoza, as she said in an Instagram post on September 26, “My heart goes out to Maria [Arias], as she is expecting [Jose Fernandez’s] child.” Please honor Joses memory by respecting his daughter and her mother as I’m sure this is all too painful for her as well.” Now that it is confirmed that Jose Fernandez’s girlfriend, Maria Arias is pregnant, we are sure you must be wondering, “Who is Maria Arias?”. So, keep on reading to get to the facts.

Who is Maria Arias?

According to sources, Jose’s Fernandez’s girlfriend, Maria Arias, is 24 years-old. She attended school to pursue a course in psychology and graduated as a psych major.

Even though Carla Mendoza is Fernandez’s ex-fiancee, sources claim that both the women turned up at his mother’s house after the incident happened. If this is true, it proves that the two women kept their differences aside and were there for each other during this difficult time.

Moved in with Fernandez

According to sources, Arias met Fernandez through her sister’s husband. Jessie Garcia, a professional deep sea fisherman, was best friends with Fernandez. Although they dated for only five months, they moved in together pretty quickly—especially after he heard the news about him becoming a dad. He was so ecstatic that he expressed his emotions on Instagram by posting Maria’s picture with the caption, “I’m so glad you came into my life.” He posted the picture on Instagram days before his death, along with a cute pic of Maria on the beach sporting her baby bump. He added, “I’m ready for where this journey is gonna take us together. #familyfirst.”

Fernandez started dating Arias weeks after he broke up with Carla Mendoza, his girlfriend of three years. Arias became pregnant in May and the baby is due in February. Maria’s cousin’s wife said, “She is due in February and they were living together in his apartment in downtown Miami. They were very excited about having a baby.”