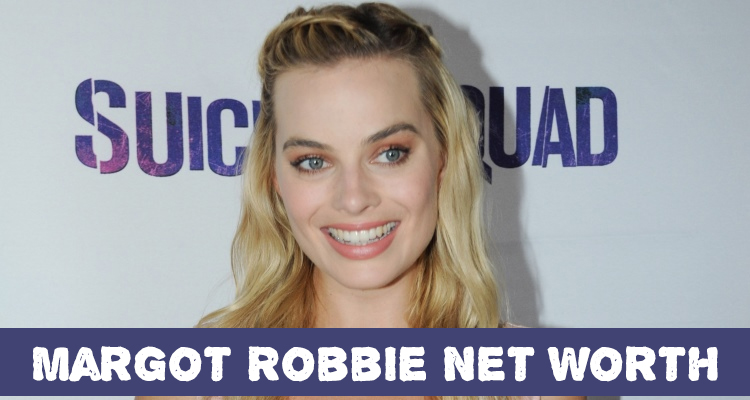 Australia has given generously to Hollywood in the last three decades. After all Mel Gibson, Nicole Kidman, Naomi Watts, Hugh Jackman and Russell Crowe are among the brightest Australian stars shining in Hollywood today. Let’s welcome the latest addition to this list, Margot Robbie, as we gear up for her latest role in the much anticipated, Suicide Squad.

So, what is Margot Robbie’s net worth? It’s a cool $8.0 million and she has only just begun her ascent onto the star-studded Hollywood scene.

The Land Down Under

Robbie was born down under in Dalby, Queensland (Australia) to a physiotherapist mother and a father who owned farms. She and her siblings were raised by her single mother and she had very little contact with her father. In fact, things were so bad for her family that when Robbie was 16, she was already working three jobs. Robbie studied drama in school and at the age of 17, she moved to Melbourne to pursue an acting career. She started out cautiously, working on independent Australian films like I.C.U and Vigilante. She appeared in commercials and had small roles in TV series before she got her first big break in acting.

She played a major character in the long running Australian TV series, Neighbours, where she remained for for three years. She achieved popularity in Australia and won several awards for her performance. Then, she made the move to Hollywood like so many Australians before her. She first served notice in the short lived historical flight drama series, Pan Am. Her first major Hollywood film was the romantic comedy, About Time. Made on a shoe string budget of $12.0 million, it grossed $87.0 million at the international box-office. But the film that catapulted her into fame was Martin Scorsese’s, The Wolf of Wall Street, where she played the role of Leonardo DiCaprio’s wife. The film was a smash hit and Robbie was praised by both audiences and critics alike for her performance.

The Next Big Thing

Since then, Robbie has strengthened her trade as an actress. She has the ability to stand out even in a mediocre film. Case in point; her performance in Focus. In the last few years Robbie has done quirky films that showcase her acting abilities like Suite Francaise, The Big Short and Whiskey Tango Foxtrot. The latest Tarzan reboot stars Robbie as Jane, the woman who tames the wild man. So, what is Margot Robbie’s net worth? It’s a cool $8.0 million and she’s just beginning to make her mark in Hollywood. Her earnings are from movies and endorsements. Many Hollywood critics are predicting that Robbie could become the next Cameron Diaz or Charlize Theron, but Robbie has other ideas. She wants to do quality work and be known as Margot Robbie herself.

She Works Hard for the Money

Robbie has struggled to achieve her fame and fortune, so she stays modest when it comes to money. Her paychecks are steadily climbing as Hollywood recognizes her talent and more meaningful roles are offered to her. So, how rich is Margot Robbie? Rich enough to have lived in New York all by herself! Currently she lives in London with her boyfriend and two friends. Though there have been rumors in the past that she is involved with Will Smith, both of them have denied it. Her boyfriend is actually a British director named Tom Ackerley.

Right now, movie goers are anxiously waiting for the release of Suicide Squad, Robbie’s next big movie. She stars as the role of Harley Quinn, an ex-psychiatrist who has crossed the line and gone to the dark side. She is the Joker’s girlfriend and will do anything to please him, including destroying the world. She is intelligent yet weird, certainly not someone you would want to mess around with. Apart from Suicide Squad, Robbie is set to star in several prestigious projects in the near future such as the film adaptation of Dangerous Odds and Violent Talent. Next, she will appear in the thriller Terminal. She will also play American figure skater Tanya Harding in the movie I, Tanya. She will also be seen in the upcoming thriller, Bad Monkeys and fans of Harley Quinn have reason to celebrate as it seems she will be starring in her own solo film in the near future.

Robbie is definitely on her way to becoming an A-list actor in Hollywood. Her salary is almost $1.0 million per film. Not bad for a girl who got $5,000 per episode when she started out in TV! All this success has been well earned. Robbie also endorses Nivea, a famous cosmetics brand. She is also the public face for the women’s fragrance Deep Euphoria, from Calvin Klein. Robbie is a rare combination of beauty and talent that Hollywood (and her fans) can’t seem to get enough of. She is dedicated to her art which is why she did the movie Z for Zachariah, which was shown at the Sundance Film Festival. It won rave reviews and critics singled out Robbie for praise even though the film was packed with good actors. Robbie has it in her to become a genuine movie star, exuding charisma and power. So watch out for her as she takes her next few steps in Hollywood. A star is born!