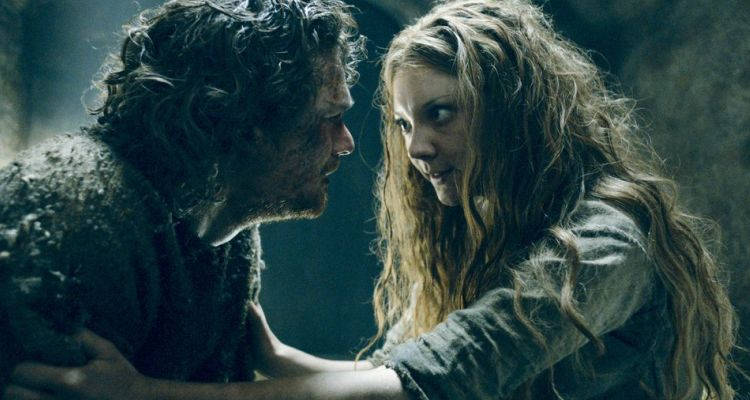 Is Margaery Tyrell Dead? Hear It from the Source

During the season finale, Queen Margaery Tyrell (played by Natalie Dormer) met an untimely end at the hands of her mother-in-law, Cersei Lannister, who decided she, on the cusp of being put on trial by the Faith, would simply use a stash of Wildfire to blow up King’s Landing. And to make matters worse, Margaery Tyrell’s husband, King Tommen, took the news of his wife’s passing so poorly that he committed suicide. But is she really dead? Was there any hope for survival on a show where people occasionally do come back? Well, according to Dormer during an interview with Harper’s Bazaar, no: her character is dead and gone. She wasn’t surprised, though, because “dying on the show is an occupational hazard.”

In the last episode, it was The Waif who tasted Arya’s bloody revenge, but her kill in the finale was that much sweeter, both for her and fans of the show. At long last, Walder Frey paid for what he did at the Red Wedding, including his role in the deaths of Catelyn and Robb Stark as Arya slashed his throat from ear to ear. And if that wasn’t enough, before we put Walder out to pasture, she ended the lives of his sons and tricked him into eating their remains. This food-based act of revenge was likely based on a similar one in Shakespeare’s Titus Andronicus, though we wouldn’t blame you if you thought of Eric Cartman first.

Jon Snow’s Parentage Was Revealed and There Will Be Repercussions

It’s been theorized for some time that Ned Stark isn’t really Jon Snow’s father, and now, at least, the truth has come to light. In the Game of Thrones season 6 finale, Jon learned that he isn’t Ned’s son; rather, he is his nephew, being the child of Ned’s late sister, Lyanna Stark, and Rhaegar Targaryen, the elder brother of Daenerys. For many, this wasn’t much of a spoiler—it’s been theorized for months—but in-series confirmation is going to change a lot for the characters, especially Jon, who is now known to have Targaryen blood, meaning he may have some control over dragons. It also means he could now make a claim for the Iron Throne, though he now has a better chance of that than the North with this recent revelation.


There Was a Big Setup for Season 7

While we have some idea of when to expect season 7 of Game of Thrones, exactly what will happen is less clear. The season 6 finale did give fans a little taste of what to expect, though, in the form of the sudden, surprise appearance of Lord Varys. The character returned during a meeting between the Sand Snakes and Lady Olenna, the group discussing a team-up to bring an end to the Lannisters. A bell is rung and Varys appears, promising “fire and blood.” Is this a hint at what will be a main, branching plotline for season 7? Or perhaps his choice of words is a preview of what we should expect from a season which very well may be the last. Either way, hopefully the wait to find out won’t be too long!