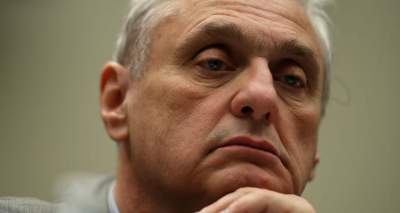 After the news of Alex Kozinski’s sexual misconduct allegations were made public, people want to know more about the case and the people closest to the former United States Circuit judge. In the wake of the allegations, many are wondering if he is married. Who is Alex Kozinkski’s wife? For more details, have a closer look with our Marcy Tiffany wiki.

Who is Marcy Tiffany?

Marcy Jane Tiffany, an attorney, is an honors graduate of UCLA Law School and holds a Master’s in economics. She started her own firm in 2000 and specializes in special education law and advocacy. Marcy Tiffany’s age is around 65 and according to her profile, she was “a parent activist on behalf of special needs children and founded the Palos Verdes Parent Association to help educate parents of special needs children in her community. From 2003 to 2011 she was a name partner in the firm of Wyner & Tiffany, which specialized in special education law.”

Alex Kozinski was born in 1950 and is a former United States Circuit Judge of the United States Court of Appeals for the Ninth Circuit having served from 1985 to today when he announced his retirement amid accusations of sexual misconduct.

Kozinski issued a statement saying, “I have been a judge for 35 years and during that time have had over 500 employees in my chambers. I treat all of my employees as family and work very closely with most of them. I would never intentionally do anything to offend anyone and it is regrettable that a handful have been offended by something I may have said or done.”

The 67-year-old federal judge resigned amidst the sexual misconduct allegations made against him, saying “I’ve always had a broad sense of humor and a candid way of speaking to both male and female law clerks alike. In doing so, I may not have been mindful enough of the special challenges and pressures that women face in the workplace. It grieves me to learn that I caused any of my clerks to feel uncomfortable; this was never my intent,” Kozinski wrote. For this I sincerely apologize.”

He added, “Family and friends have urged me to stay on, at least long enough to defend myself. But I cannot be an effective judge and simultaneously fight this battle. Nor would such a battle be good for my beloved federal judiciary,” he said.

He also stated that he was proud of his clerks and others who performed their jobs professionally.

“It has also been my privilege to help train the best and the brightest of several generations of new attorneys. I was made better by working with them,” he wrote. “My clerks went on to stellar careers in law, business and academics. Their success has made me proud and I am gratified by the outpouring of support I have received privately from so many of them.”