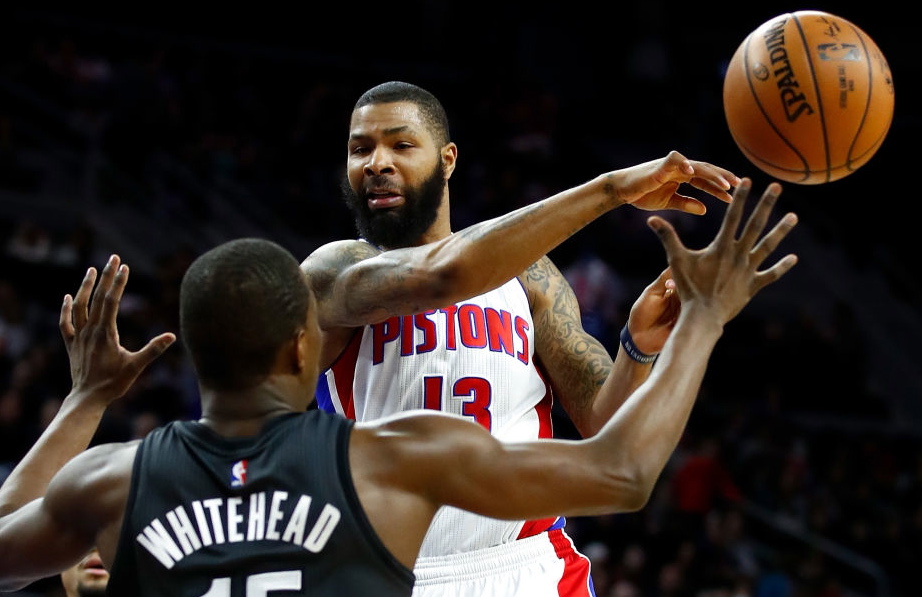 Just when we thought the NBA Drafts were over, more trades appear to be in the works! Is Marcus Morris being traded? If you want the details on Marcus Morris’ contract, then have a look at our Marcus Morris wiki.


Who is Marcus Morris?

Marcus Morris’ age is 27 and he’s best known as a power forward for the Detroit Pistons. He was born on September 2, 1989 in Philadelphia, Pennsylvania, and he’s been active in the league since he was drafted in 2011. He attended the University of Kansas and stands at 6’9″ and weighs 235 lbs, with the number 13 on his jersey. While Marcus Morris’ net worth is unknown, Marcus Morris’ salary is estimated to be around $5.0 million per year.

Marcus Morris is a Twin

If you think you have been seeing double, then you are definitely right. While Marcus has other siblings: Blake Morris, Donte Morris and David Morris—he has an identical twin named Markieff. His twin also happens to be a basketball player, too and he plays for the Washington Wizards.

In 2014, the Phoenix Suns gave the Morris twins (who were both power forwards) $52.0 million to split after they agreed to re-sign them. It’s hard enough for siblings to share anything, so naturally you would think that millions of dollars would be difficult. Turns out, it wasn’t. Markieff ended up with $32.0 million in total and Marcus ended up with $20.0 million in total, respectively.

“I did something I’ve never done before,” Phoenix Suns President of Basketball Operations Lon Babby said in an interview. “Once we agreed on the amount of money, I gave them the first crack at how to divide it up.”

“I didn’t want there to be any disconnect,” Babby added. “What I knew would happen is that they are each the best advocate for the other one. So Markieff is going to be worried about what Marcus is getting and Marcus is going to be worried about Markieff. I didn’t want to mess up that dynamic, so I gave them a chance and they came up with a good solution.”

They might just be the best set of twins in the world!

Made our own path. #FOEinc

Is Marcus Morris Being Traded?

According to various news outlets, including ESPN’s Adrian Wojnarowski, Marcus is being traded from the Detroit Pistons to the Boston Celtics, in exchange for Avery Bradley. Wojnarowksi was the first (as usual) to report the trade, and if he’s right, Marcus will have to face off against his own brother, and twin no less. The Boston Celtics and Washington Wizards have been feuding for who knows how long, so it will be interesting to see how this plays out.

While you may not find a sign of Marcus Morris’ girlfriend (and so far it looks like he’s single), you will find personal posts on his page and anything family related. And of course, Markieff has a few pictures, and we’re sure it’s not just Marcus in a different jersey! (They are seriously the most identical twins we have ever seen.)