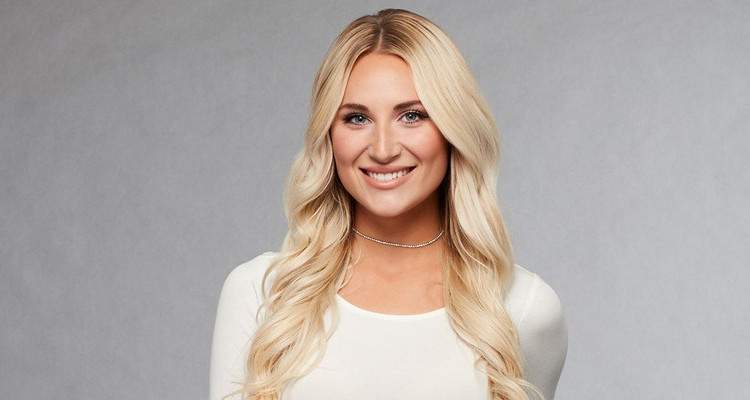 Season 22 of the biggest dating show franchise started with quiet a bang —for eight contestants at least! For now, let’s focus on one beautiful lady who could potentially be Mrs. Luyendyk Jr.: Maquel Cooper on The Bachelor 2018!

Bachelor Nation, we have details about the 29 gorgeous women vying for handsome race car driver Arie Luyendyk Jr.’s heart. With the season 22 premiere out of the way, we know you already have your predictions. Let’s see if we’re on the same page! Check out Maquel Cooper’s wiki for more about the frontrunner.

This romantic, like many others, thinks Paris is the most romantic city outside of the U.S.! On the flip-side, her favorite holiday is Halloween, where she shows off her “creepy/scary” side.

Like many of us, she admits to getting hangry, and says that she wants her date to make sure she’s fed. We hope The Bachelor producers take note!

What is Maquel Cooper’s Job?

Coming from the Beehive State, she is passionate about photography, and loves the thrills at amusement parks because she’s a big adrenalin junkie. Maquel Cooper’s Instagram has plenty of stunning shots! If you can’t get enough of her, she has a second Instagram page that showcases her portfolio.

Maquel Cooper on The Bachelor 2018

Maquel, 23, says the craziest thing she has done is coming on The Bachelor, and to her, the perfect man looks like Ryan Gosling. Our boy Arie, 36, might have some competition! Her entrance to the show included Arie’s passion for race cars, as she stepped out of a dragster in style. Though she wasn’t driving it, she still made impact.

She then told him she saw him on Emily Maynard’s season, six years ago when she was just 17! But then again, aren’t most people talking about how many of these women are too young for Arie?

Was She Married before The Bachelor?

Maquel Cooper was married to Josh Munday in 2016. The couple were high school sweethearts who filed for divorce only five months after tying the knot.

Josh spoke about his ex-wife before The Bachelor 2018 premiere, maintaining that there’s no drama between the two, “There was no infidelity, [and] she was never rude or malicious or anything of the sort. We were high school sweethearts that got married a bit too early.” He even admitted that, given the chance, he wants another shot.

The first episode in this season saw eight women —Ali, Lauren J., Bri, Amber, Brittane J., Olivia, Nysha, and Jessica— leave the show broken-hearted, without even getting a single rose or kiss.

Arie was sweet about his goodbyes, telling each of them that they are amazing human beings before sending them home.