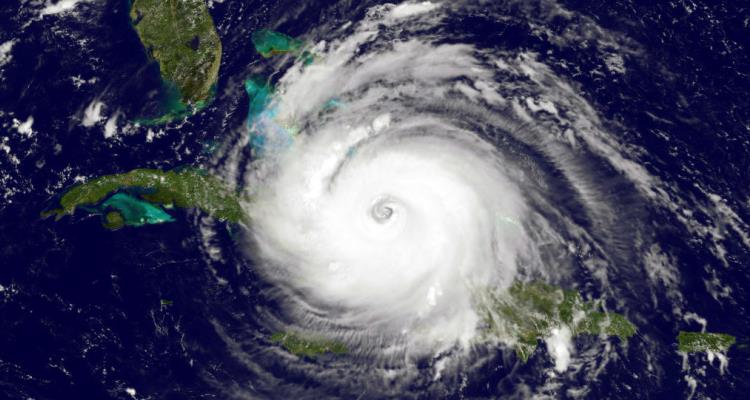 How many hurricanes are there right now? That’s what everyone wants to know as there appear to be a variety of storms hitting the U.S. and the Caribbean islands, as well. How many hurricanes in 2017, so far? The answer is four and the world is currently dealing with three at the same time. Keep reading for the list of hurricane names and more.

How Many Hurricanes are Active Right Now?

As of right now, there are three hurricanes currently active: Hurricane Irma, Hurricane Jose, and Hurricane Katia. Many are still reeling from the devastation that was left in Hurricane Harvey’s wake and it was already reported as the most expensive natural disaster in U.S. history. The estimated cost to rebuild after Houston was flooded is roughly $160.0 billion! While many are comparing their past experiences to 1992’s Hurricane Andrew, these storms are much different and vary in force.

“It looks like (a) garbage disposal,” Marlon Carr, a photographer who toured the island with the Prime Minister of Antigua and Barbuda, told CNN on Thursday. “There was rubble and roof galvanized all over the island. It looked like some of the houses … were imploded on.”

While Irma has already left its mark on the islands, a second storm, Hurricane Jose, is set to pass through the Atlantic Ocean, as well. It was at a Category 3 but is expected to reach Category 4 quickly. It could hit Antigua and Barbuda, who only have a death toll of one so far, but more than 60% of their homes are destroyed.

A third storm, Hurricane Katia, is currently holding a Category 1 ranking and is stalled over the Gulf of Mexico. However, it is expected to move to the coast. It’s at a low ranking now but it’s expected to grow by late Friday or early Saturday.

Why are There So Many Hurricanes Right Now?

Aside from the natural way storms are created, many are considering climate change as the possible reason there are so many storms at once, including the U.N.’s special representative for disaster risk reduction, Robert Glasser.

“There can be little doubt that 2017 is turning into a year of historic significance,” Glasser said. “In the struggle against climate change and all the other risks that put human life in danger and threaten the peace and security of exposed and vulnerable communities around the world who find themselves in harm’s way from hurricanes, floods and earthquakes.”

This many natural disasters at once will without a doubt have negative impacts on respective economies. In fact, FEMA is still dealing with the most recent destruction left by Harvey. At the moment, naval ships from neighboring countries have been delivering supplies but a statement from White House Homeland Security Advisor Tom Bossert said that many will have to wait it out.

“At some point, people are going to be on their own, so to speak, for a period of time when the flooding, the wind and the rain bear down on them,” he said. They should have enough supplies for at least a 72 hour period.