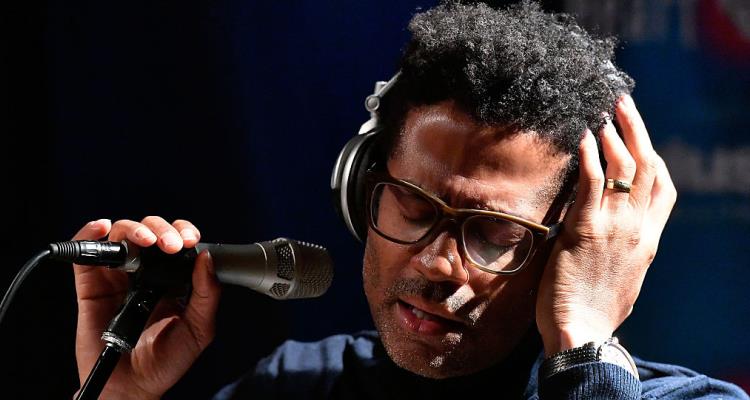 Why can’t Jay Z keep Eric Benet’s name out of his mouth? In case you missed it, Jay Z dropped his album on Tidal, called 4:44 and it was less than secretive. The “Killing Jay Z” singer has been dropping some serious truths lately, and fans want to know more. One reference, in particular, was about a certain actress that used to be Eric Benet’s wife! If you want the full story, then take a look at our Manuela Testolini wiki.

Who is Manuela Testolini?

Manuela Testolini’s age is 40 and she was born on September 19, 1976 in Toronto, Canada. She is a businesswoman and is mainly known as one of the former wives of the late singer, Prince. She founded the company, Gamillah, Inc. Among other things, the company sells specialty candles. She also worked with many nonprofit organizations, including YouthCARE and United Communities Against Poverty. For those looking for Manuela Testolini’s net worth—it’s unknown at this time.

Testolini was Prince’s second wife and they were married from 2001-2006. The former couple met in Minneapolis while Testolini was doing work for the charity, Love4OneAnother. At one time, the two lived together in Toronto; this was when she was only 24 and prince was 43, but age didn’t matter to them. In 2006, she filed for an amicable divorce from Prince. And even though they parted ways, they stayed in contact and remained friends.

When Prince died at his estate, Testolini was heartbroken and after a while, she spoke publicly about her late ex-husband.

“Prince and I had a magical journey together and I loved him immensely. The world knew him as a musical genius – I knew him as a husband, friend and fierce philanthropist,” Testolini, founder of the ‘In a Perfect World’ Foundation, told E! News in a statement. “Philanthropy brought us together and it was Prince who encouraged me to start my own charity over 10 years ago.”

She added: “I just reached out to him a few days ago to let him know that I was building a school in his honor,” she continues. “My heart aches that the school will now be built in his memory.”

“His passing leaves me with such a devastating feeling of pain and loss. The love we shared, the music he made and our life together is forever engraved in my heart,” she said. “I will always love and respect him. I am heartbroken beyond words.”

I know you didn't celebrate birthdays, but I'd rather remember the day you came here than the day you transcended ??Thank you for your inspiration, guidance and love ? ps – I still remember what you said behind that hat to make me laugh ?#objectsinthemirror #angelsamongus #gonebutnotforgotten #respectthelegacy #princeday . . . [email protected]

Testolini has been married to Halle Berry’s ex-husband, Eric Benet since 2011. Many may not remember (until Jay Z reminded them in his song) that Eric famously cheated on Berry, leading to their divorce.

“We all know I cheated,” he told People two years after their divorce. “It was out there.” While it was surely a “betrayal,” and he checked into a 35-day sex-addict rehab program, Benet assured the magazine, “I never did have sexual intercourse with anyone while I was with Halle.”

Testolini and Benet have two kids together: Amoura Luna Benét and Lucia Bella Benét. And don’t worry Jay Z, Eric said he won’t make the same mistake again! The father of two tweeted about Jay Z’s reference to him saying “Hey yo #Jayz! Just so ya know, I got the baddest girl in the world as my wife….like right now! [sic]”

This was after Jay Z said in his lyrics: “You almost went Eric Benet / Let the baddest girl in the world get away/ I don’t even know what else to say / N—a, never go Eric Benet,” and “I don’t even know what you woulda done / In the future, other n—as playin’ football with your son.” Those are some brutally honest lyrics, looks like Jay Z’s not holding anything back on this new album!

Date night with my hubby enjoying the music of @judithgloryhill at the @womens_choice_award honoring trailblazing women including @sharonstone and supporting @iamthatgirl ?an evening well spent ??

Forget about Manuela Testolini’ s Facebook or Manueala Testolini’s Twitter account, it’s all about her Instagram! For an in-depth look at her life, head over to her Instagram page, which includes tons of pics of her gorgeous kids, her family, friends, and plenty of good times.