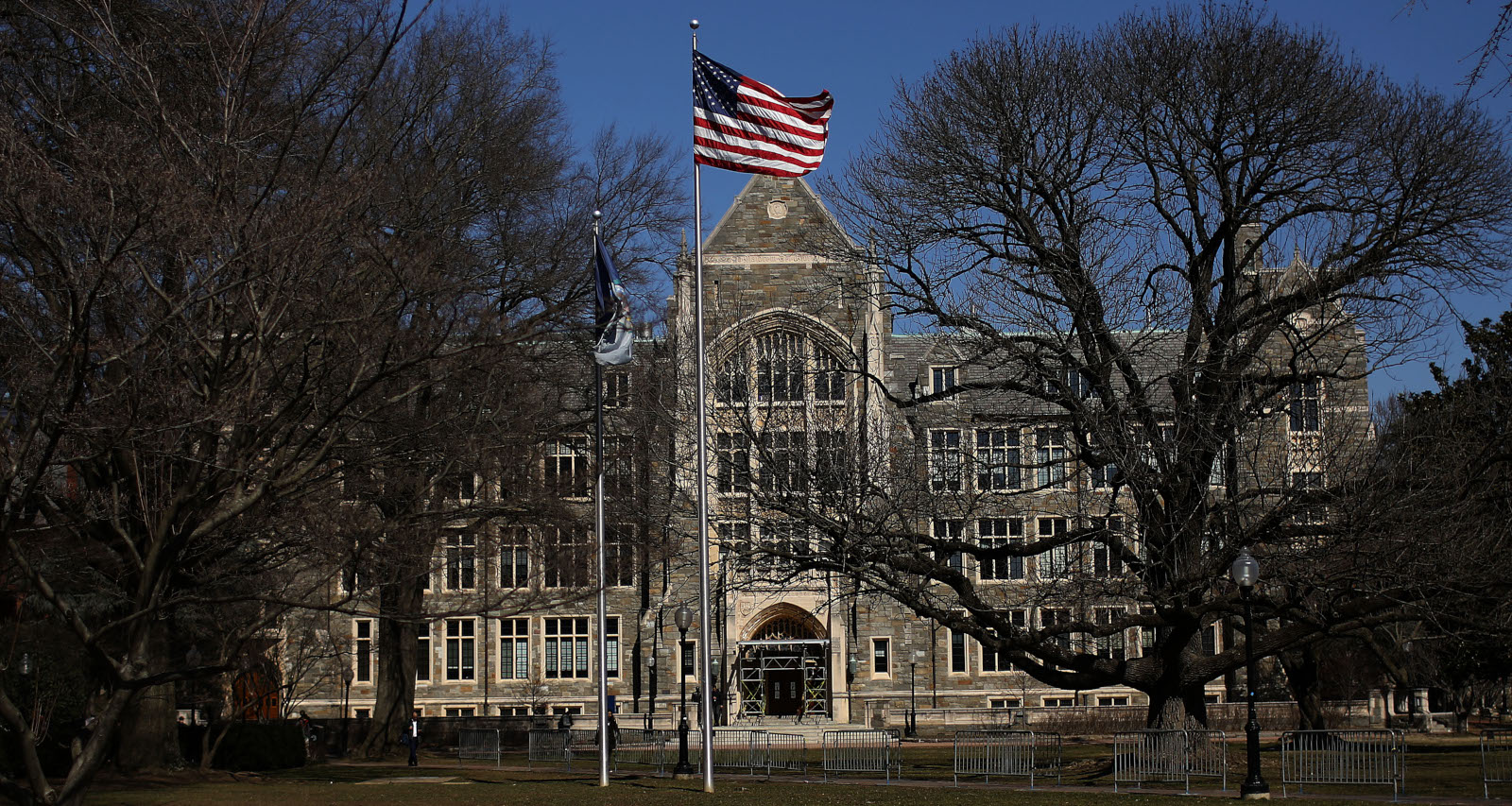 The campus of Georgetown University in Washington, DC. Georgetown University and several other schools including Yale, Stanford, the University of Texas, University of Southern California and UCLA were named today in an FBI investigation targeting 50 people as part of a bribery scheme to accept students with lower test scores into some of the leading universities across the United States. (Photo by Win McNamee/Getty Images)

Manuel Henriquez and his wife, Elizabeth Henriquez, are one of the many sets of wealthy parents charged in the 2019 college admissions bribery scandal as a result of the FBI’s Operation: Varsity Blues. Henriquez, a wealthy financial mogul, allegedly bribed his daughter’s way into Georgetown University and is now facing the heat. Find out about his background and his involvement in the scandal right here, in Manuel Henriquez’s wiki.

Manuel A. Henriquez was born in 1963. In a self-profile for The New York Times, Henriquez wrote that he was born in Santo Domingo, in the Dominican Republic.

His extended family was well-known in the local community for a rum business they’d run since 1852. However, Henriquez’s immediate family was not involved in the business, nor did they enjoy the wealth.

Henriquez has at least two older sisters. His parents divorced shortly after he was born. To escape the stigma a divorced woman would face in the community, Henriquez’s grandfather sent a two-month-old Manuel, his two sisters, and their mother to Florida in the U.S.

His mother raised the three of them, working multiple jobs and also being an ever-present parent. Manuel and his sisters initially spent time in both Fort Lauderdale and their native Dominican Republic, alternating between the two every year or so.

Eventually, Manuel and his sisters put their foot down with their mother and asked her to make the U.S. their permanent residence. They only visited their home country during the holidays.

According to the latest court documents, Henriquez is a U.S. citizen and currently based in Atherton, California. He studied in the U.S. and Dominican Republic but graduated from Fort Lauderdale High School.

Henriquez discovered he was dyslexic when he was in college. In grade school, his trouble with reading had been attributed to bilingualism and moving often between two countries.

With his mother remaining rooted in Florida, Henriquez had the opportunity to participate in the Junior Achievement after-school program in his high school. The program allowed him to create mock companies with his friends and run them just as in the real world.

It didn’t slow down his business prowess, though. Using the emergency credit card his mother gave him, Henriquez bought a personal desktop computer and a dial-up modem for himself. He then bought more and set them up in his apartment, starting Boston Professional Computing and charging other students to use them for their homework.

He started a business called Wordworks, hiring other students to type resumes and papers. He also worked as a bartender when he was young.

When his mother and her beloved dog got cancer, Henriquez began researching into medical insurance. He also looked into insurance for pets and pet health. The lack of information available prompted him to start HealthyPets, an online resource that provided information about veterinary practices.

Henriquez Was the CEO of Silicon Valley Business, Hercules Capital

Soon after graduating from Northeastern, Henriquez joined BancBoston Ventures, a Bank of Boston venture capital group. He simultaneously served as the vice president of the Bank of Boston.

An associate at the Bank of Boston told Henriquez his calling was in venture capital. After learning the field, he plunged into venture capitals, initially working for Robertson Stephens & Co in San Francisco and Comdisco Ventures.

In 2003, he founded Hercules Capital (named after the famed Disney animated film and series) in Palo Alto, of which he was chairman and CEO. His firm grew rapidly, completing over $3.9 billion in investments to over 250 companies.

His company became successful faster than he imagined. Henriquez’s net worth hasn’t been calculated but it can’t be small, considering he earned a salary of over $8.0 million in 2017.

After he was charged in the college admission scandal, Hercules’ shares plummeted by 10%. Henriquez then resigned as chairman and CEO of Hercules. He will reportedly continue as a member of the board and an adviser.

Henriquez and his wife Elizabeth are parents to two daughters, including Isabelle who is currently a junior at Georgetown University. The Henriquez family is now one of the many wealthy families involved in the 2019 college admissions bribery scandal that saw actors Lori Loughlin and Felicity Huffman also charged.

The feds cracked down on a college entrance scam allegedly run by William Rick Singer on March 12, 2019. Several parents and college coaches and officials were charged for bribery and faking athletic credentials to fraudulently get the children of wealthy families into elite colleges.

Henriquez and his wife reportedly paid over $400,000 in multiple transactions to Singer to get Isabelle into Georgetown. Singer’s help allegedly involved helping Isabelle cheat on her SATs and fake her credentials.

Isabelle and Elizabeth reportedly “gloated” to others that Singer arranged for a corrupt proctor to feed her the answers during an SAT exam at her private college preparatory school. The school was reportedly unaware that she was fed the answers. Isabelle scored a 1900 out of a possible 2400 on the exam, more than 300 points over her previous best score.

Isabelle Henriquez is one of the only students accused of knowingly participating in the #CollegeCheatingScandal — and now her Georgetown degree may be in jeopardy. My latest: https://t.co/3lE0wPRJGp

Documents allege Singer also facilitated the bribery of Georgetown’s former tennis coach, Gordon Ernst, to designate Isabelle as a tennis recruit. They allegedly also claimed in an essay that she was a nationally ranked tennis player, though there’s no history of her playing a tennis match.

Henriquez reportedly enlisted Singer’s help once again to help his younger daughter cheat her way through the ACTs and SATs.

Manuel and Elizabeth turned themselves in and were charged with conspiracy to commit mail fraud and honest mail services fraud. They are out after posting a bail of $500,000.

Georgetown and other universities are not suspected of any wrongdoing and are internally investigating the admissions case-by-case. Isabelle is still a student at Georgetown and her future there is unclear. So far, only USC, where Lori Loughlin’s daughters Olivia and Bella are students, is considering canceling admissions through this scam.

Many of the students involved in the scandal were allegedly in the dark about their parents’ and Singer’s activities. However, it is believed that’s not the case for Isabelle, who allegedly gloated about getting away with cheating on her SAT exam.