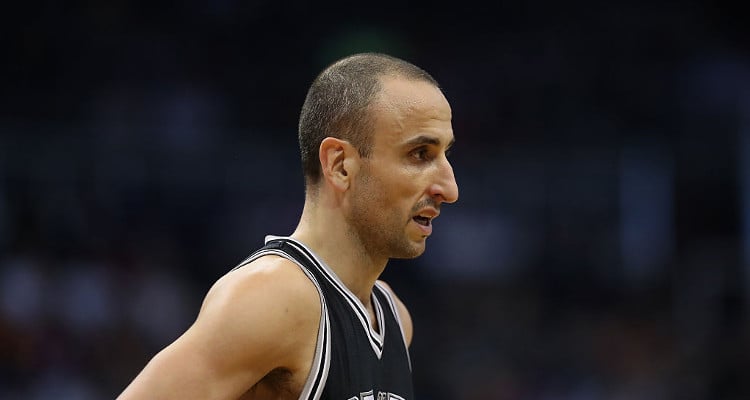 Manu Ginobili is an NBA player, who plays for the San Antonio Spurs. He’s had a remarkable career in the NBA but since last season, there was talk that he would be retiring soon. On the plus side, if he retires, he gets more time with his wife and kids. We’ve got the details on his family right here.

Manu Ginobili of the San Antonio Spurs has an uncertain future ahead of him. Many NBA analysts are questioning if he will be retiring soon. After signing a one-year deal for $14.0 million last summer, there was speculation that the contract was an early retirement present. He says he’d love to continue playing, but perhaps if he retires, he can spend more time with his family. We rarely hear about Manu Ginobili’s wife, Marianela Oroño. So, we’re turning the spotlight on her in our Marianela Oroño wiki.

#1. She is from Argentina

Manu and Marianela met in 1997 while Ginobili was playing for his hometown team, Estudiantes de Bahía Blanca. During an afternoon off, Ginobili met Oroño through friends and they clicked. They exchanged phone numbers and kept in touch while Ginobili played in Italy. The couple have been together since then and got married in 2004.

The basketball pro and his wife are parents to three adorable kids; twins Dante and Nicola and the youngest, Luca. Dante and Nicola (born 2010) were named to honor Ginobili’s Italian heritage. He has dual citizenship in Argentina and Italy and speaks Spanish, Italian, and English fluently.

Luca was born in 2014, when the NBA had a break during the Playoffs. He even joked that the schedule was made so he wouldn’t miss his son’s birth! Oroño was scheduled for a C-section after the NBA Playoffs, but Luca couldn’t wait and was born on April 21.

#3. She Helped Launch His Foundation

Two years after they got married, Ginobili launched the Manu Ginobili Foundation with the help of his wife. The foundation aims to help underprivileged children in Argentina. Manu’s father, Jorge is the co-director.

The foundation’s biggest project was helping Mama Margarita in Bahia Blanca. The place is run by Nela Agesta and is a shelter for many children.

Happy Mother's Day 2me! Nothing like celebrating at the supermkt with 3 crazy boys asking for every imaginable thing pic.twitter.com/pxzdYKkN7E

#4. They Have a Luxurious Home

Up until recently, Ginobili and Oroño were living in a lavish home with their children. The Spurs shooting guard owned a Mediterranean-style home in a wealthy San Francisco neighborhood. With more than 6000 square feet, the home boasted four bedrooms and four bathrooms, a gourmet kitchen, a large family room, a game room, a wine cellar, a pool, a spa, and a pond.

Also Read: Angela Magana Wiki: Everything to Know about Angela “Your Majesty” Magana

Last year, he gave Spurs fans quite a scare when he listed the Ginobili family home of 12 years for sale with a price tag of $2.0 million. They began speculating that he’s moving on from the Spurs, but Ginobili wasn’t leaving his team of 15 years. He had a very simple reason for selling his home. “I wanted to change houses. People do that all the time. I stayed in that house for 12 years. I thought it was time for a change,” he explained.