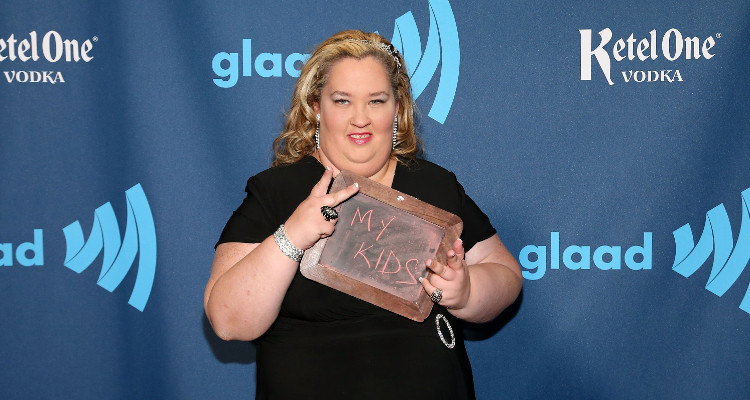 Do you know what June “Mama” Shannon looks like now? Mama June’s dramatic weight loss journey on her new show has sparked interest in many people, mainly because of the unbelievable changes in Mama June’s appearance. Take a look at Mama June’s transformation right here.

Talk about an epic transformation! Alana “Honey Boo Boo” Thompson’s mom, June Shannon underwent multiple jaw-dropping weight loss surgeries, and her journey was documented on the WE TV show, Mama June: From Not to Hot. Now, the reality TV breakout star has shocked the world with her astounding new figure, especially since Mama June has dropped down to a size 4 in only a few months. You need to see her weight loss with your own eyes to believe it! Here’s what Mama June looks like now.

How did Mama June Lose Weight?

Mama June’s weight loss took a few months, but it was a grueling process for the Honey Boo Boo matriarch. She had shed a few pounds earlier, but her attempts at weight loss have suffered many setbacks in the past. But after the family’s TLC show ended with her separation from Alana’s father, Mike “Sugar Bear” Thompson, she decided she needed to get into shape.

Mama June’s weight loss made headlines when she dropped 60 pounds with the help of a celebrity trainer, Kenya Crooks. She was making fast progress, going from size 28 to size 16 in a few months. At that time, Mama June and Sugar Bear attempted to get back together by going to WE TV’s Marriage Boot Camp. But they didn’t rekindle the relationship and separated for good.

Her weight loss was stalled briefly with nothing seemingly working. Exercise wasn’t enough and so she turned to surgery to shed those pounds she was having trouble losing. With encouragement from her daughters, Alana and Lauryn “Pumpkin” Shannon, she underwent a gastric sleeve surgery in 2016.

“The reason she got the gastric sleeve was because she hit a plateau —she couldn’t lose any weight,” Pumpkin explained adding that her trainer had to step in because the gastric sleeve wasn’t enough, either. With the surgery and work outs, she lost 150 pounds in a year. But there were still some issues.

She sought the help of Terry Dubrow and Paul Nassif from E!’s Botched to remove the excess skin that was a result of her rapid weight loss and built-up scar tissue from four C-sections. After removing excess skin, the 37-year-old got a tummy tuck and a breast lift, followed by even more surgeries. As Pumpkin put it, “She got her boobies done. She got them from a 44 long to 36 up.”

The mother of four said the surgeries cost a hefty $50,000, which she claims to have footed herself without the network’s contribution. But it was money well spent, because she got to show off her new body at Sugar Bear’s wedding to another woman. Shannon describes going to her ex’s wedding as “awkward.”

Also Read: Auston Matthews Wiki: The Rookie Who Made a Historical NHL Debut

From Flab to Fab

We got a glimpse of Mama June’s 2017 weight loss and transformation in a teaser for Mama June: From Not to Hot. It was then that the world knew the extent of her journey —she dropped a whopping 460 pounds to come down to a size 4. Way to go Mama June!

The show documented her journey over the year and revealed her new skinny physique in the finale. It’s safe to say a few jaws dropped! To keep her new body a secret, Mama June had to remain in hiding throughout the series. But once the show aired, she was spotted in public a couple of days later. Dressed in casuals, Mama June looked unrecognizable.

Her daughters beg her to maintain her new figure and she’s committed to it, too. “I will never go back to what I look like… I will do whatever it takes,” she said about never wanting to fall back to her unhealthy eating habits. The surgeries and training were risky and strenuous, but she was motivated by her daughters and wanted to set an example for them. Shannon revealed that her weight loss has inspired Honey Boo Boo and Pumpkin to make healthier life choices and lose their excess weight.

While Mama June’s marvelous transformation is the talk of the town, everyone’s talking about her and Pumpkin’s explosive confrontation with Sugar Bear. Sugar Bear is reportedly contesting for Honey Boo Boo’s custody.

From Not to Hot. ??? #MamaJune pic.twitter.com/YGL1JxwKxO