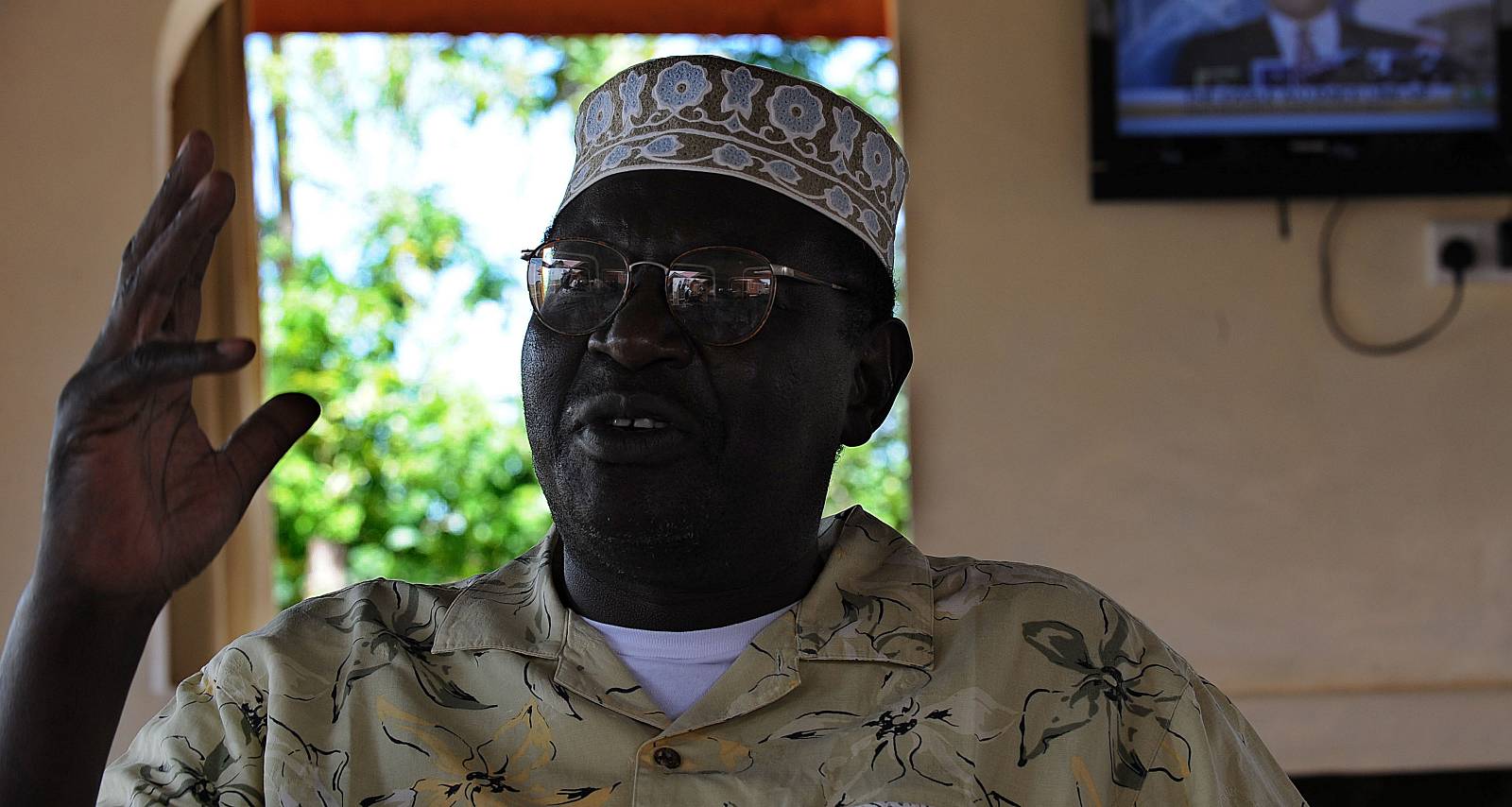 Why is Malik Obama voting for Donald Trump? This begs the question”Who is Malik Obama?” Well, he is the half-brother of President Obama. Where is he from? This is when this whole issue gets confusing. Malik was born in 1958 in the city of Nairobi, Kenya. Malik Obama’s citizenship shows him to be Kenyan, but he is registered to vote in Maryland. This time, Malik is determined to vote and has decided to vote for Republican candidate Donald Trump. Prior to this, Malik has supported the Democrats all his life. So, why this sudden shift in loyalties? It’s a long story with lots of drama thrown in. Don’t believe us? Then check out Malik Obama’s wiki page on the net.

It all began in the dusty village of Nyang’oma Kogelo, in Kenya. This is the Obamas’ ancestral home, which has been thrust into the limelight thanks to Barack becoming the president of the U.S. Barack Obama and Malik Obama are half-brothers because they share the same father, Barack Obama Sr. Malik studied accounting at the University of Nairobi before coming to the U.S. Malik comes regularly to the States and is a consultant in Washington, DC, for several months each year. In the beginning, relations between the two half-brothers were pretty good. They were each other’s best man at their respective weddings. When Barack went to Kenya to visit his family, he made it a point to meet Malik. Malik runs a electronics shop near his village.

Today, Malik is a different man from the time he and Barack were close to each other. Malik is disillusioned with Barrack’s presidency. He has several complaints against Barack and his party leaders. One complaint is that Hillary Clinton was not prosecuted over her use of private servers when she was Secretary of State. Malik is emphatic that Clinton should have been punished. He blames Barack and Clinton for the death of Libyan leader Gaddafi, whom he counted as one of his personal friends. Malik is also angry at the Democrat party’s support for same-sex marriage. He bitterly opposes it. On the personal front, Malik is also angry at Barack. When he ran for political office in Kenya, Barack did not help and support him. Malik had to spend his own money for his political activities.

All this has made Malik run into the waiting arms of the Republican party. He totally believes in Trump’s “Make America great again” slogan and wholeheartedly supports Trump. Malik says Trump speaks from his heart and would like to meet him. Ain’t that sweet music to the ears of the Republicans?

Barack Obama’s brother is evasive when asked about his own family. He has married thrice, and some reports suggest that he may have as many as 12 wives. His third wife is believed to still be in her teens. When asked about it, Malik murmured, “It’s personal.” With this background, many people have an aversion to him and are asking “Is Malik Obama an U.S. citizen?” It’s still unclear as public records show Malik to be a resident of Maryland. However Malik himself is looking forward to voting in November 2016.

All along Barack has maintained a “he ain’t heavy, he’s my brothe” attitude towards his troublemaker brother, but now he might have to clarify this matter.  Barack’s own citizenship was under the scanner earlier, and now his brother has created a problem for him. Barack and Malik used to be brothers in arms at one point,but today they are in opposite camps. It’s brother versus brother now!