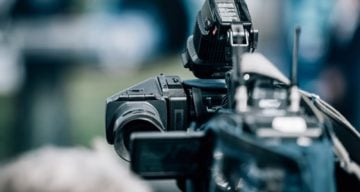 Maleko McDonnell to Step Back from KITV

Hawaii-born Maleko McDonnell graduated from Louis High School and later attended Northwest Missouri State University. After he received a bachelor’s degree in mass communications and broadcast journalism, he began his broadcasting career in 1998.

McDonnell has been part of the KITV news team since 2016 and gained popularity as an anchor on Good Morning Hawaii. He’s been reporting on site and in the studio on some of the biggest weather occurrences, both locally and nationally, including hurricanes and tsunami warnings.

This journalist has had a rewarding and grueling career. And now he’s ready to take more time for himself. Maleko McDonnell announced he decided not to renew his contract with KITV in a social media post on September 12, 2022.

There’s still some time before his last day on air. He is currently stepping back from his usual timeslot and will anchor the weekend hours of Good Morning Hawaii until he signs off one last time in October.

The news reporter stated that this is not a permanent farewell to the broadcasting industry. Nonetheless, Maleko McDonnell is leaving KITV and television for a different job.

The news anchor hasn’t given any details about his next job, but he hinted that it will have more regular hours than a morning show. He has experience producing with iHeartMedia and worked extensively with branding and marketing campaigns.

Undoubtedly, Maleko McDonnell has all the means to continue in media after stepping away from television. So keep your eyes peeled on his social media and watch his last broadcasts for further details.