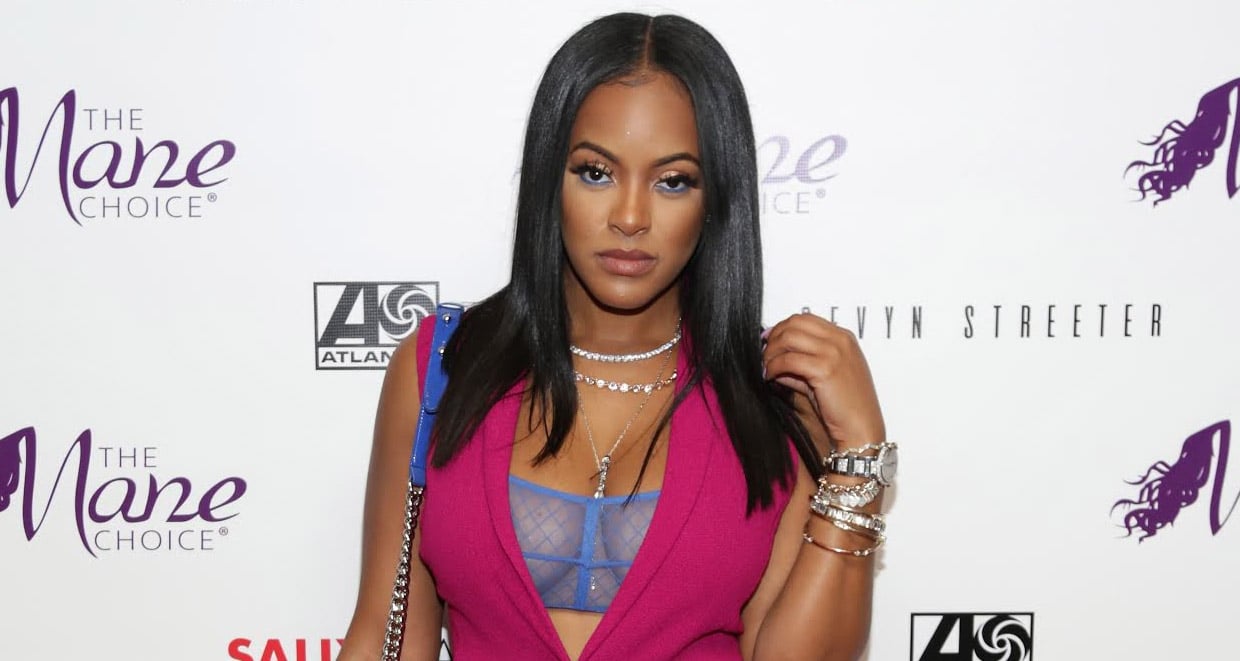 In a very climactic sneak peek of the next episode of Basketball Wives, Malaysia Pargo and her love life seem to be on offer! The bold and racy woman was seen keeping her guard up on the double date she had with friends CeCe Gutierrez and Byron Scott, who brought Ron, a sports agent, with them.

When it comes to who Malaysia Pargo is dating in 2018, like all reality-TV shows, we’ll have to wait and watch! Although things are looking good for Ron and Malaysia from Basketball Wives (as far as the trailer goes), the man knocked on wood when speaking about children! What?

There’s always a catch, but we hope that Miss Pargo will find her true love.

Malaysia Pargo divorced Jannero Pargo back in 2014. She received half of Pargo’s property including all rights to 3 Beats LLC. Apart from that, she also runs her own jewelry line.

She’s a busy woman who has to keep up with running a business and being a good mom, which leaves her with very little time to even think about dating. This is exactly why her friend, CeCe, is trying to play matchmaker!

Malaysia is called over to TOMGEORGE Restaurant in Los Angeles, where CeCe, Byron, and his friend, Ron, are waiting. The double date is meant for a more comfortable meeting, as Ron and Malaysia have not met each other like this before.

The reality star walks in wearing a stunning white, thigh-high slit dress, showing off her bustier and then some! She is cool as a cucumber on the outside but is nervous.

Malaysia has three kids, who come first. Her businesses are also important to her and also keep her busy.

But Ron turns out to be ever so comforting! Not to mention the good looks he brings with him!

The sports agent asks her how her day was and cracks a few silly jokes here and there. And he comes across as a cool guy.

The food arrives, and Malaysia finds the right time to bring up the “kids” issue. She asks Ron if he has kids, to which he says he doesn’t and then proceeds to knock on wood!

Malaysia is quick to ask him if he knocked on wood after listening to her question. He agrees but saves himself and says that he loves children.

“I love children, but it has to be right,” Ron tells Malaysia.

He opens up about his past a little and talks about how he was married before, too. He doesn’t mention the reason for the breakup immediately, so Malaysia changes the subject and asks how Byron and Ron know each other.

The trailer for Basketball Wives ends on a more promising note with Malaysia telling the viewers that she had a good first impression of Ron. She says that she doesn’t mind going on a second date with him. Could this mean Malaysia Pargo has found a boyfriend in Byron Scott’s friend, Ron?

Watch Basketball Wives on Mondays at 9:00 p.m. EST for all the action!