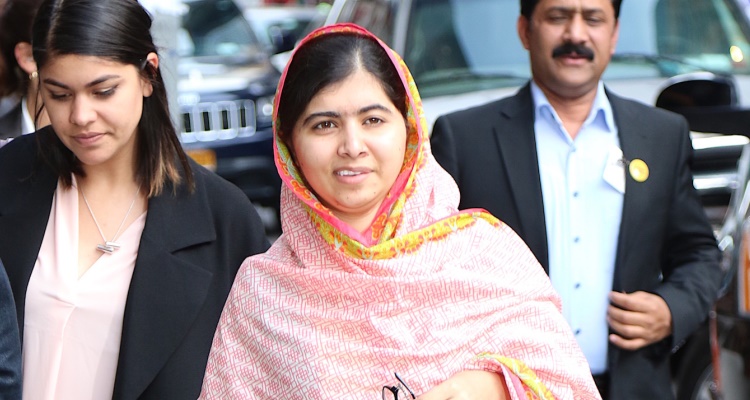 Online you will find a Malala Yousafzai blog, chronicling the many achievements of the child activist who continues to fight for female education in Pakistan. The Malala Yousafzai biography may not be known to all, but chances are you’ve heard her brave and inspiring story.

She Was Shot in the Head

Yousafzai wrote a diary (under the pen name Gul Makai) about her desire to stay in school and for girls to have the chance to be educated. Her heartfelt diary was published on BBC Urdu. In 2012, a Taliban gunman was responsible for Malala’s Yousafzai’s shot to the head. She survived the violent assault after the militant boarded her school bus in Pakistan’s north-western Swat valley and opened fire. She was already known in Pakistan, but her survival story would launch her into international fame.

She was flown to the UK and received a titanium plate as well as a cochlear implant in her skull to help her hear. In 2013, she was finally discharged from Queen Elizabeth Hospital in the city of Birmingham. Here are some interesting facts about Yousafzai on her birthday.

Yousafzai wrote a book called The Girl Who Stood Up for Education and Was Shot by the Taliban. The book detailed her story as she suffered from the actions of the oppressive Taliban, but later overcame it with survival and passion for her work. Her autobiography I Am Malala, was released in 2013.

When she was 17, she received the Nobel peace Prize and was the youngest person to ever be awarded the high honor. She was “humbled” and proud to be the first Pakistani to win the prize. She also joked that she was probably the only winner who still has to fight with her younger brothers.

Along with the Nobel Peace Prize, she was named one of TIME magazine’s most influential people in 2013. She also won the European Parliament’s Sakharov price for Freedom and Thought.

She created the fund so that girls could complete 12 years of safe, quality education in order to achieve their potential and create positive change in their families and communities. And though her name may mean “grief stricken,” she has learned to surpass her struggles and achieve her goals, changing the lives of young girls everywhere.