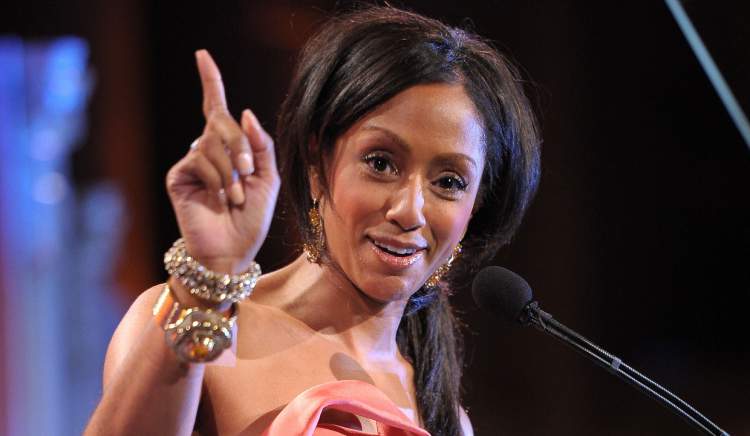 Born on June 13, 1969, in Oakland, California, Malaak Compton age is 48. Before moving to Alpine, New Jersey, she used to live in Brooklyn, New York.

Compton has a degree in arts management from Howard University. She has also received an honorary doctorate from Fairleigh Dickenson University in May 2009.

Compton met Rock at the Essence Awards. They were married on November 23, 1996.

The couple has two daughters together. Lola Simone Rock was born on June 28, 2002, and Zahra Savannah Rock was born almost two years later on May 22, 2004.

In December 2014, Chris Rock and Malaak Compton-Rock announced that they filed for divorce. It was finalized on August 22, 2016.

When the comedian revealed that he was unfaithful to his wife during their marriage, he also disclosed that one of the women was famous. It has now been speculated that Chris Rock and Kerry Washington were seeing each other for about six months while filming, I Think I Love My Wife.

After his divorce, Rock confirmed that he had dated Arrow actress, Megalyn Echikunwoke.

She’s a Businesswoman with a Big Heart

Compton is a businesswoman as well as the co-founder and executive producer of StyleWorks. It is a non-profit, full-service salon that provides complimentary services to women leaving welfare and entering the workforce. She was also one of the winners in the 2002 Mothers & Shakers Awards in Redbook Magazine.

According to sources, Malaak Compton’s net worth is estimated at around $20.0 million.

Love in London! The girls and I are celebrating the Thanksgiving holiday with these two handsome chaps — my great nephews Zac and Marley! ❤️❤️ These boys are my heartbeats and auntie loves them so much! And, of course, I love their mum and dad too — my nephew Naeem and his beautiful and kind wife @hannahderry. So grateful for this time. #family #love #london #thanksgiving #nephews #gratitude

Back in 2008, Malaak Compton adopted a six-month-old girl from South Africa named Ntombi. She was also one of the attendees at the opening of Oprah Winfrey’s school in South Africa.